Video game enthusiasts form a considerable part of the gaming industry. Numerous game consoles launch throughout the year. The gaming industry is continually making and coming up with new video games to satisfy its ever-growing customer base. 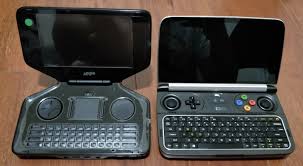 While various games develop now and then, there are several which cancels due to specific reasons. People would never come to know about these gaming console companies as they got canceled during some part of their development. The reasons might range from lack of financial aids to the predictions of their poor performance.

It is always fun to know about the ideas and history behind these canceled game consoles. Here is the list of some of the best consoles that canceled.

Atari was one of the biggest names of the gaming industry back in the day. The company had several successful launches. But, there was one launch that never got to hit the markets, the Atari Brain Game.

This game was about to launch in the 1970s which would contain a combination of ten different Atari games. These games were already available on several dedicated platforms and players. These games conspicuously included Pong and Video Pinball. Although the real game never made it to the customers, it has about three prototypes still present in the world.

When we talk about game consoles, Nintendo is one of the most famous names. Nintendo had attempted to change from the cartridge type consoles to the disc type consoles. It has announced Super NES CD- ROM in 1991.

Nintendo was planning to launch it as an add-on to SNES and was working in collaboration with Sony for the same. This project, however, never came to the markets and Sony came up with its disc-based console. Sony launched its most famous PlayStation during this time.

The first Intellivision launched in 1979, and it gave fierce competition to the highly coveted Atari 2600. Atari was one of the most successful video game consoles during that time. After a few years, Intellivision II came into the market, which was just a smaller and inexpensive version of the previous one.

The Intellivision III was to launch after the announcement in 1982. It was a real upgrade with better graphics, control and other high tech features. Unfortunately, the development procedure of this console stopped in 1983 with a decline in the video game market and led the company to stop its production process.

Atari was it the heights of its popularity when they announced the Atari cosmos in the year 1978. The game console was handheld and uses holography to accentuate the game playing experience.

The gameplay had nine compatible games which included asteroids and space invaders. Atari Cosmos console canceled in 1981 due to some speculated failure predictions. Today, you will find it rare as it has become a very collectible item.

The Ultravision video arcade system, initially perceived with a very futuristic vision, set out to combine a gaming console, a personal computer, and a television into one device. Announced in 1983 and could be a game-changer. The system had a 10 ” TV, and the users could plug in a keyboard or a joystick as per their wish. It had cartridge type games.

After the announcement, the production of the game did not happen.

Taito is a famous digital gaming company that is still producing games today. They also had some console games at the beginning of the 1970s.

In 1992, Tatio had come with a revolutionary idea in the world of gaming consoles. They presented their WoWoW at the Tokyo Toy Show. This game had the concept in which people could directly access any game with the help of the satellite, and the charges will occur according to the time spent playing the game.

But there were so many technological shortages in the 90s. The company had to abandon the idea ultimately, and so we never get to play the Taito WoWoW.

The Action Gamemaster presented in the Consumer Electronic Show in 1994, promised to offer the games from a variety of different consoles.

Action Gamemaster was a product by Active Enterprises, the company that is also famous for making the cartridge for NES and the super rare Action 52.

Action Gamemaster console, however, never came in the market and was a cause or significant disappointment for the SNES game lovers who were eager to try their hands on this.

Sega Pluto is another console game that never to the markets. The major cause of this was its poor promotion and hence, no one knew much about it. It was supposedly a variant of Sega Saturn. Not much information is there about this particular device, but it was a Saturn console with a built-in modem.

A sega employee released the information, and it was in development, but never make it to the markets.

In 2004, Infinium Labs decided to try their luck in the console making and to release their device, PHANTOM. Phantom worked on the idea that players did not have to buy discs for games and could stream and play their games online.

There was no significant marketing of the device, and after the announcement of the price and other specifications, the project got canceled ultimately.

The Konix Multisystem came into consideration back in 1988. It was more of a cool gaming accessory than just a console. It had chair, controls, joysticks and was a full package that a gamer needs to have excellent gaming experience.

The gaming market is enormous, and the developers are continually coming up with new launches. Many might not make it to the customers, but the concept behind those are always inspiring for future launches.