Both cricket and football are the most loved sports these days. Some are crazy cricket fans while some are football fans. There are also some people who are fans of both games. So, it is not easy to judge which game is more popular. It goes without saying that football is widely played in the virtual world of smartphones. In short, footy on the go has never been so popular. Even though some people don’t love to play football in real life, but they are still crazy for virtual football. With that in mind, we have listed some of the top soccer games for Android. 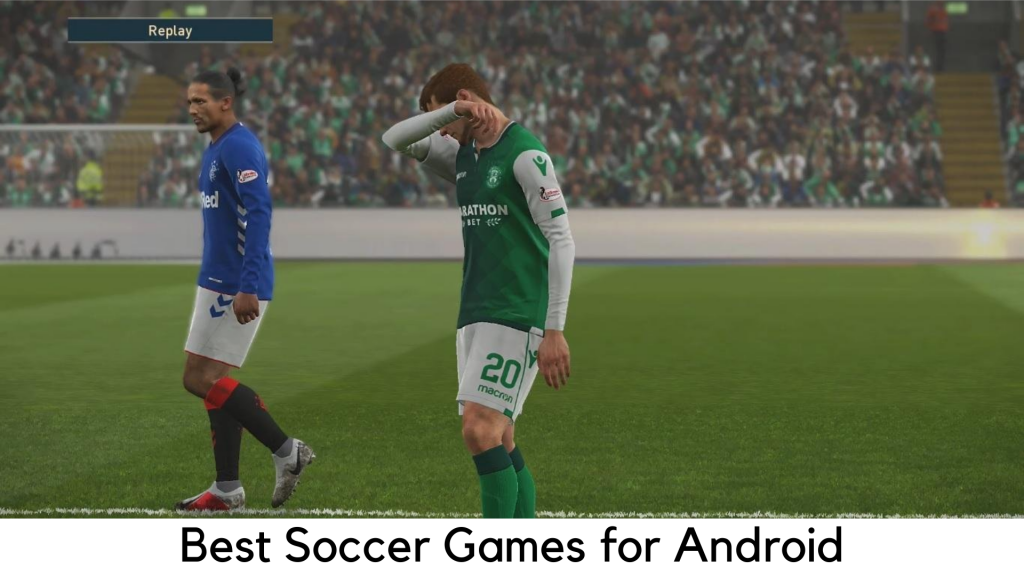 FIFA Series has always been critically acclaimed by EA Sports and one of the most loved soccer franchises. With its popularity in mind, the developer has also offered FIFA on Android. The console and mobile versions of the game have been focused on the lucrative and very popular Ultimate Team mode.

This game requires players to win the matches and earn coins to acquire the packs of players. It’s like grabbing baseball cards but they represent players you are going to use in the game. Here, you need to make a dream squad and fight online rivals. Of course, you can acquire players with real currency as well. 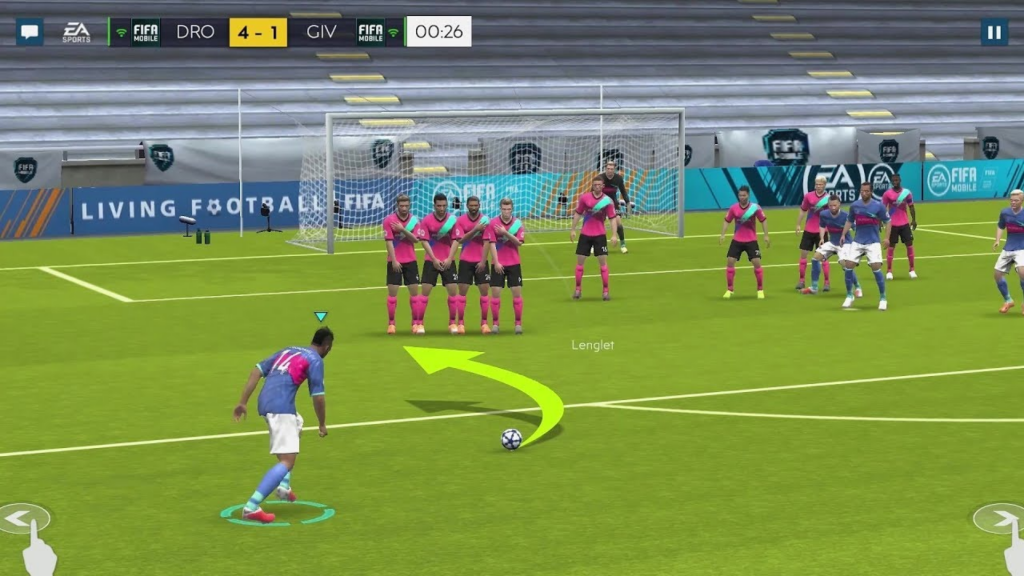 The EA’s purchasing power is the main reason why FIFA takes over the world of soccer and another feather in its cap. The company covers almost every leading league with its rights. It has a huge range of kits, teams, competitions, players, and stadiums that are officially licensed. If you want a realistic football game to play, FIFA Mobile 2019 is the best one to go for.

Obviously this list of best soccer games cannot complete without one of the major rivals of the FIFA series. It is known as Winning Eleven in its native country Japan. It is known as Pro Evolution Soccer in the UK. PES 2020 is here for those old-school football and gaming fans that grew up playing PlayStation 2 variants.

It is definitely the best soccer game for Android these days, with refined and easy gameplay and virtually console-quality graphics. 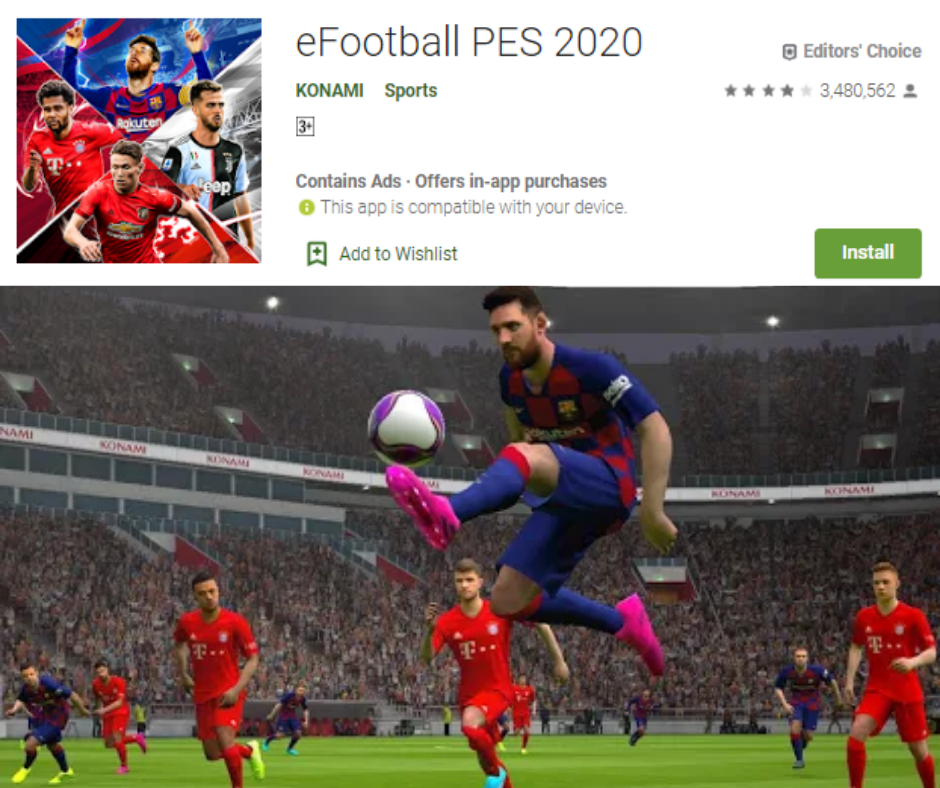 The FIFA versus PES has been a long-term debate and it goes without saying that FIFA has been commercially a success. PES has its strong prominence among the diehard football fans. As compared to FIFA, it is more arcade-like and predictable. It has the feel that you can get only with PES, according to some soccer fans.

Even though you are not a football fan, you will definitely love Soccer Stars. It seems to have a vibe of a Rocket league crossed with Subbuteo, a classic table game. You would need to swipe discs to score goals on a football pitch.

You can play the matches online against real opponents across the world. It is definitely full of fun. You can win hundreds of cups, mini-tournaments, and trophies. 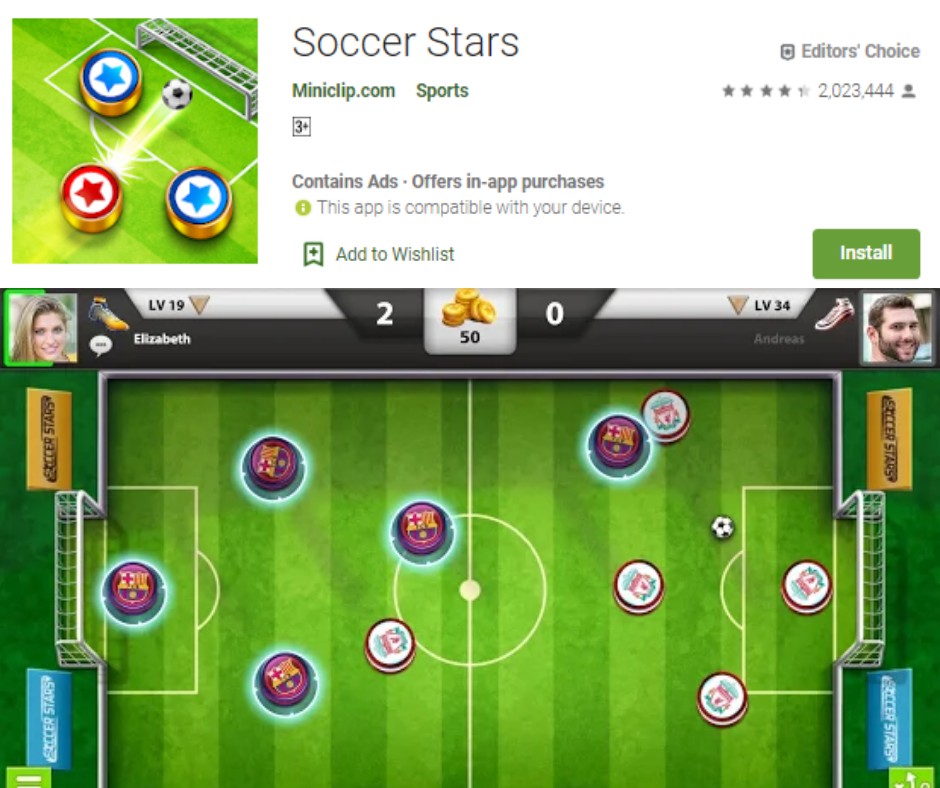 Also, play local multiplayer on one device against friends in the pass and play. If you don’t want to mess around with player transfers, rosters, and substitutes and you want something lighter, Soccer Stars is the best football game for you.

Don’t get confused with the similar-sounding game above. Soccer Star 2022 is truly an addictive and appealing soccer game that is aimed to force you to make decisions for some great action. Be it a dribble, goal kick, a header or a pass, this game has all the glorious moments which have been the game changers in football history. 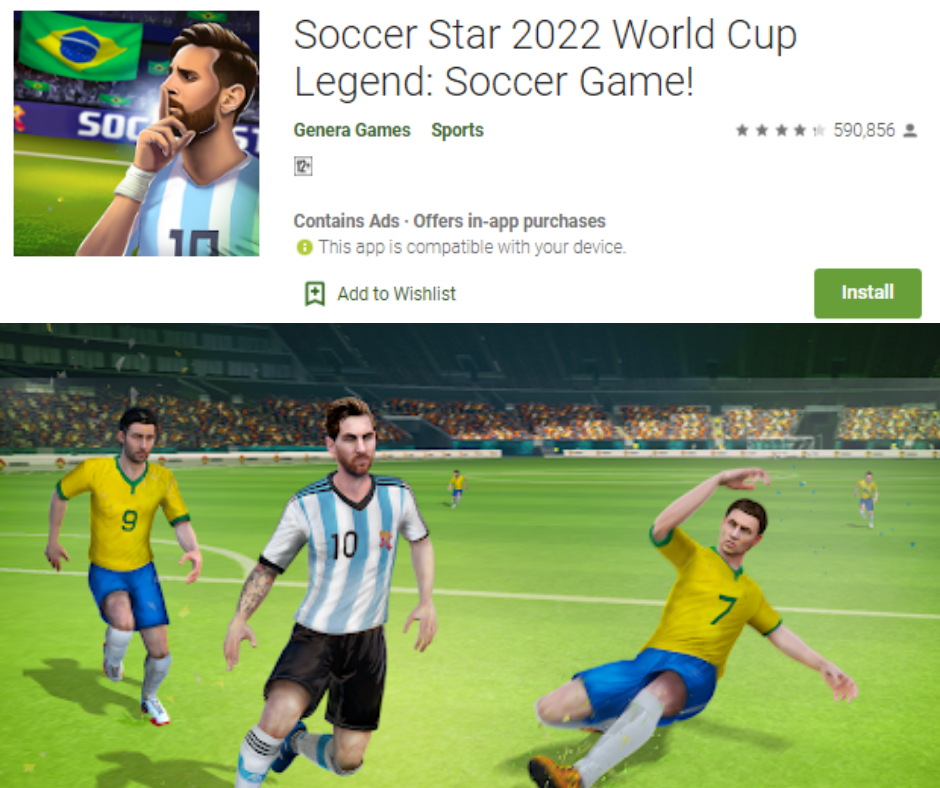 Create your own player and play as long as possible. Contracts will come and take you to the true success of your football career. You can easily pick up the game and have fun for hours. If you are up for a more casual gaming experience that takes you to the major turning points, it is definitely a soccer game you should go for.

Are you looking for a bit of change in pace from other football games listed here? Football Manager 2019 Mobile is here as a great entry from its Mac and PC versions. It has a huge community of players. It has a great presence across Europe and the UK for being truly addictive.

Instead of playing soccer, you play as a manager and run your club in different ways. You may train, buy players, make changes, and match in-game substitutes and tactics. 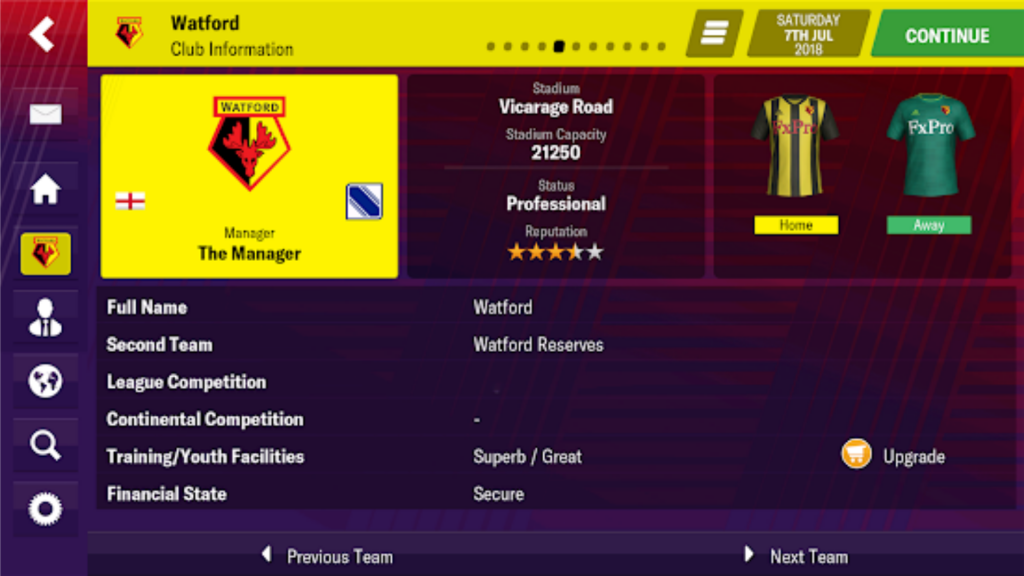 It is one of the most in-depth games of football management in the world and its mobile version is truly great. It’s really worth the price. You can also try out Football Manager Touch 2019, the tablet version which costs quite high. It has some more PC features.

When it comes to the football game which is most popular, everyone would say FIFA Soccer. Of course, it is a very realistic, exciting football game for mobile. Its gameplay is very simple for beginners. Sometimes, it goes too rough for expert gamers. 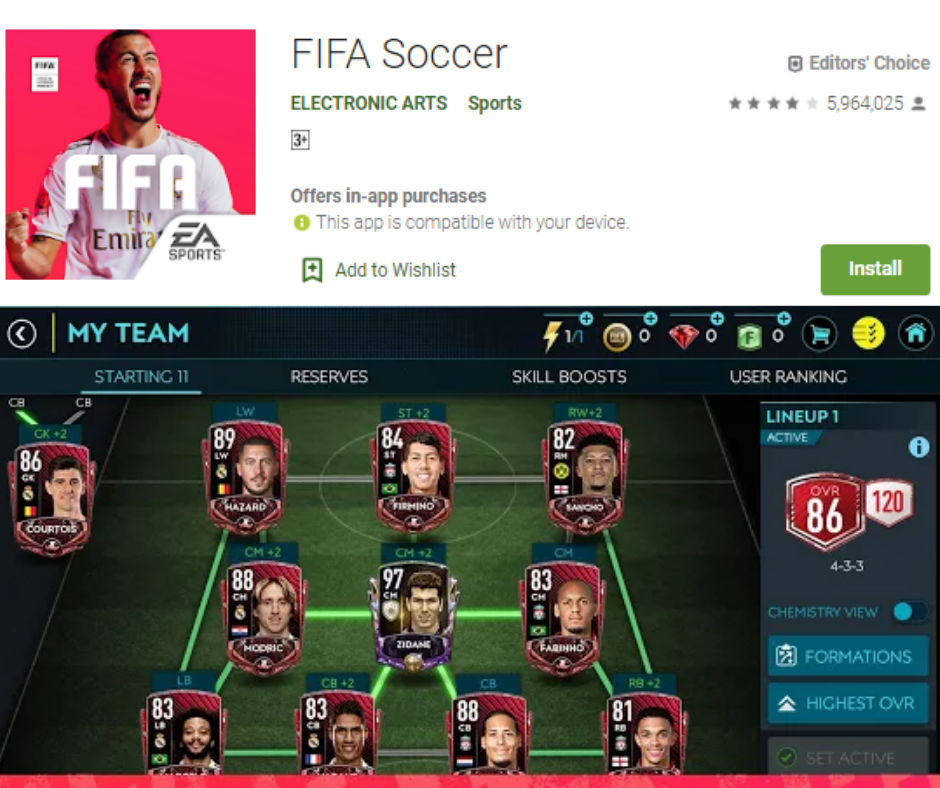 It takes a while to get your hands on it. You can command a powerful league or join leagues in World Wide Tournament. On the attack mode, there are 90 seconds of games to play. You can start a head-to-head war in the 11vs11 game. There are over 500 teams to choose players from.

Football truly doubles the fun and excitement of playing with friends. If you and your clan is a diehard football fan, Football Strike is here to double the fun as a real game. This multiplayer game is now available for Android with lots of amazing features to make it so addictive and popular. 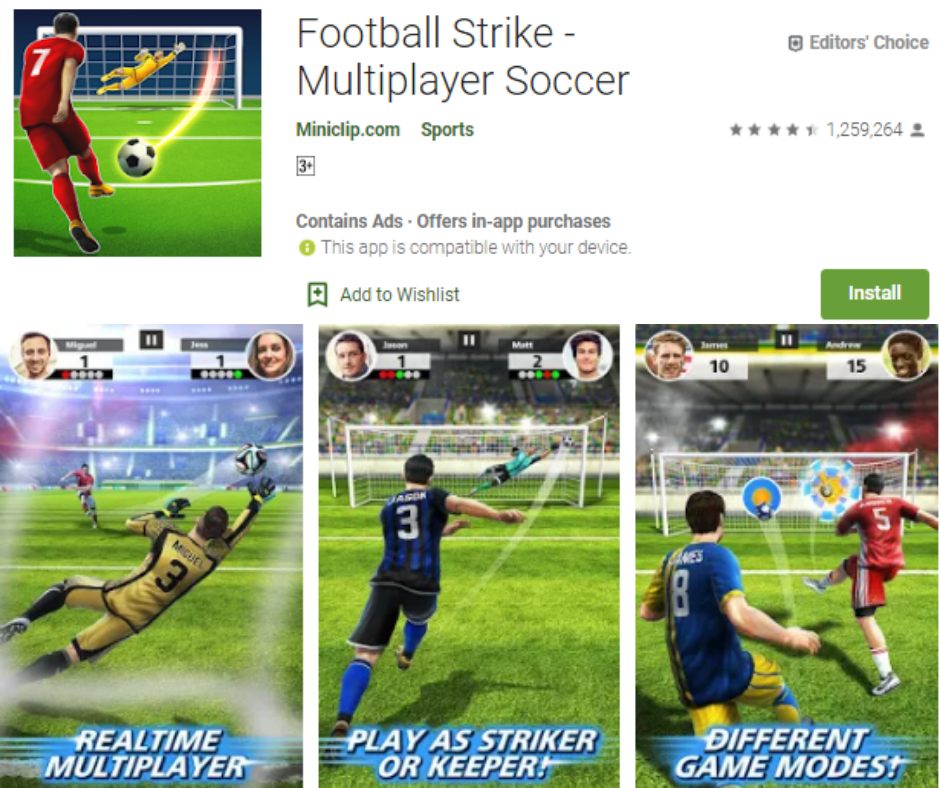 It has a lot of popular teams to play like Liverpool FC, FC Barcelona, Borussia Dortmund, and Tottenham Hotspur FC. You can also play One-on-One and Free Kick mode online. The scooter’s race is another gaming mode added.

You can enjoy this multiplayer game with your family and friends. With the upgrading options, you can make Gradual Development of equipment and players. After winning matches, you can earn medals and challenge friends as well.

How to Eliminate All Traces of Your Online Dating Profile?