Casio is a company that specializes in different electronic gadgets. It is a Japanese company with its headquarters present in Tokyo. Though it was found in April 1946, it officially launched its first product in 1957. Kazuhiro Kashio is the President and CEO of Casio company Pvt. Ltd. 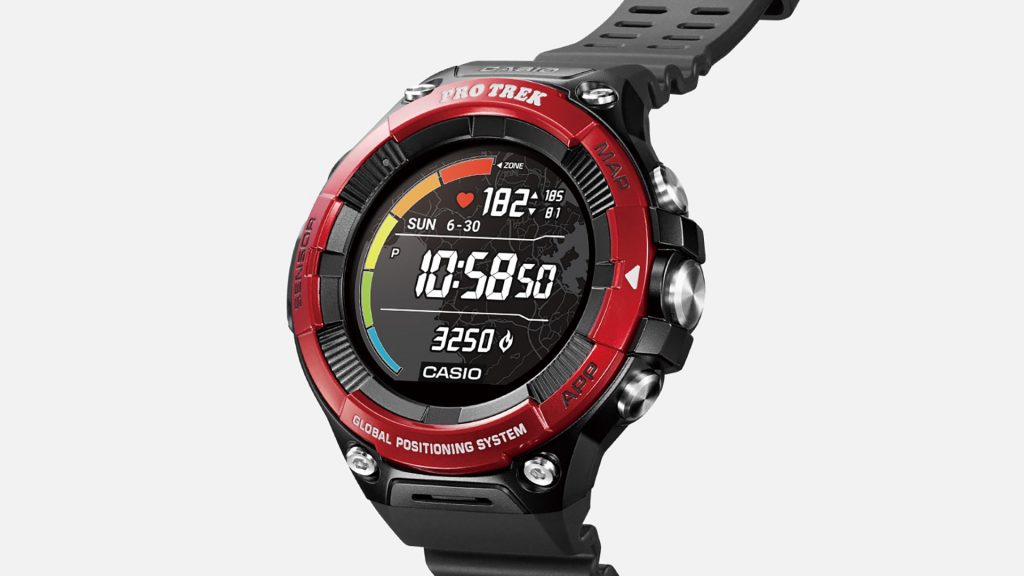 It has introduced a wide range of watches called the Casio ProTrek Smartwatches. It has become prevalent in the last few years because of its wearable, reliable and designer smartwatches.

Casio’s first smartwatch got its release in the market in 2016. The other features of these watches include various applications, GPS tracking system, and it’s easy to use the touchscreen. Casio has always managed to be a part of news headlines successfully in every two or three months.

It keeps on launching various new products with different features and different specialties. It also constantly tries to improve its old products by adding new updates to them.

Casio company says that they believe in creating something from nothing. It purely believes in creating and contributing to the world. Their brand of watches is called G-Shock in the market. It keeps on adding new products to its elite list of electronic gadgets.

As mentioned earlier, Casio always tries to introduce something new to the world using their electronic gadgets. Its watches are one of its most popular electronic products. It has introduced an enormous variety of electronics analog and digital watches. 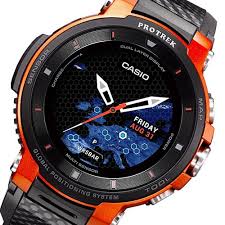 They introduced an improved Dual-layer display system which is an organic EL display. It has a 1.2-inch display with a dual-layer. It is resistant to water to an extent. Along with this, it has various air pressure, altitude, accelerometer, gyro meter, and magnetic compass sensors. It has a lithium-ion battery with a recharging time of around 3hours.

Extend mode serves for a battery life of three days and has a monochrome display. It has various features, including the elapsed time indicator and the Altimeter. It has GPS linked technology and color display. Also, it has an extremely helpful feature of colorful maps to plan your visits.

In the multi-timepiece mode, you get a battery life of up to 1 month, which is quite huge. It also has a monochrome color display. It has a GPS tracking system enabled in it. With this, it also has Bluetooth and a Wi-Fi system associated with it. It also has a barometer, compass, and Altimeter on the front display of the screen of the watch.

Regular use mode is the most basic model of Casio WSD- F30 ProTrek watches. Like all other modes, it also has a monochrome and color display screen. It also has GPS, Bluetooth and Wi-Fi systems associated with the watch. It also has a feature of adding reminders for future purposes.

Variety in WSD- F30 and its prices

Casio WSD- F30 offers a wide range of colors in its watches. It is available in blue, black, orange, red and many other colors. Talking about the price, it is not very costly. Being affordable, it costs $550. You can buy it from the nearest Casio stores and headquarters near you. Also, you can place an order by calling the store or ordering it on their website.

Casio company Pvt. Ltd.’s introduction of its new watch WSD-F21 HR is receiving a lot of appreciation and popularity in the market. WSD-F21 HR has a lot of features associated with it. It has a function that helps you to measure your heartbeat. 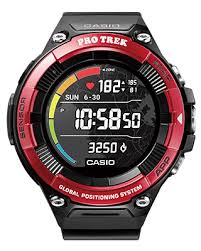 The watch has a separate screen to display the heart rate and accelerometer that measure the motion of motion and the calories burnt. It also measures the distance traveled and the altitude.

Along with all this, it measures the maximum oxygen that your body consumes per minute. It also has a GPS enabled system and a color display screen. The GPS displays your current location, helps you get to the desired location and create your original routes.

It has advanced technology with an optical sensor at the base of the watch. This sensor detects the blood flow in your body, which measures your heart rate. It has a wider LED screen of 1.32 inches and a monochrome color display.

It is touchscreen and easy to use. The strap or the belt of the watch is very comfortable and easy to wear. It is soft and fit. By adding a sportier look, it enhances the features of the watch.

Variety in WSD-F21 HR and its prices

WSD- F21 HR is available in only two types of colors. It includes red and black. Casio is selling it with an AC Adaptor and charging cable. Though It is a little costlier than Casio WSD-F30, it is worth buying, and It is available for $500.

You can buy it from the nearest Casio stores or place an order by calling at any of the Casio stores or offices. You can also order it directly from Casio’s website. These watches are also available on different mediator websites, where you can place your order.

Casio WSD-F30 and WSD- F21 HR is very comfortable, suitable and easy to wear. They look sporty and have a good design. Also, they have a lot of supporting features. So, it won’t be a bad idea to invest in these watches.