While we are writing this post, it’s the first week of December but there is a reason we are talking about December security updates.  Especially when Samsung had quite managed the same record for security patch on Galaxy 10 in November which started providing in late October, the Korean giant really deserves a round of applause. 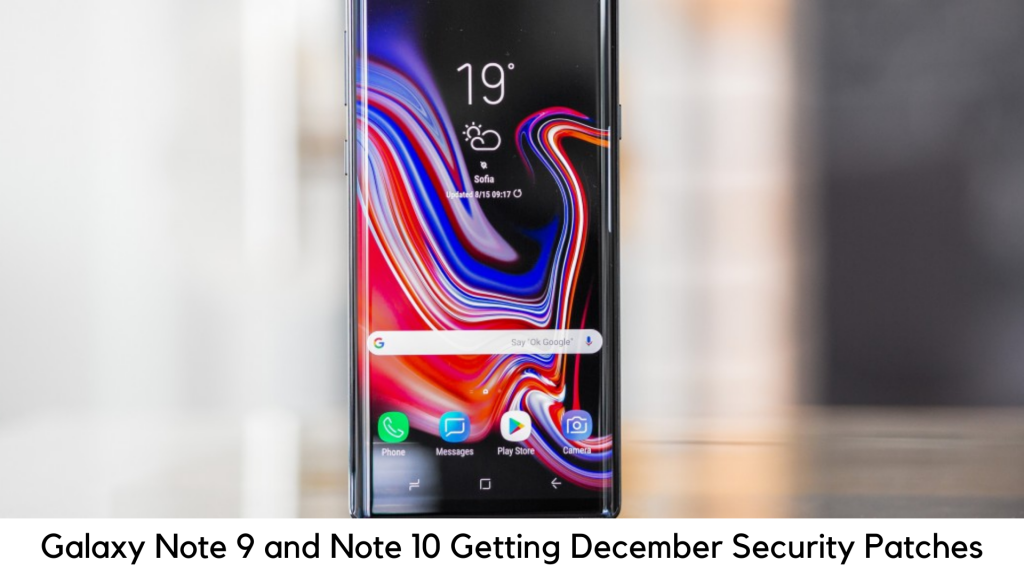 As things stated, users of both Galaxy Note 10 and Note 10 Plus are now able to download the N97*FXXS1ASKB OTA patch in around 25 European countries through the update menu on the device. When we discuss about Galaxy Note 9, the N960FXXS4CSK2 security patch has been rolled out only in Germany.

For those impatient users like you, the official website of Sammobile has a complete firmware archive where one can download the aforementioned packages manually. Well, you don’t have to rush as Samsung is already ahead of its schedule on this update. In addition, the OTA package contains only December patches provided by Google.

It literally makes sense as a mobile software division of Samsung is pretty busy currently as they are working on launching One UI 2 powered by Android 10. Currently, open beta runs are live for both Note 9 and Note 10. If you can’t wait, you can instantly jump on the beta updates as well. These days, the process has become very simple. You simply need to have a Samsung Member app.

There are speculations that Note 10 is about to get the complete Android 10 update in few weeks to come after Galaxy S10 and S10 Plus. Samsung has already rolled out the full OS update for S10 and S10+ in some countries.

If we consider this incremental OTA as a sign, there are only a few weeks to go to get One UI 2 on the flagship. It also lines up with the roadmap of Android 10, which hints at the release date of January 2020 for Note 10 and Note 9 might get this update by the late January 2020.

If you haven’t received the notification about the December security patch on Note 9 or Note 10, you can check out at the updates panel under Settings > System to see if there is any update awaiting installation.