Sony SmartWatch 3 is a well-equipped and powerful wearable tech with superb battery life and good screen. If you do not have a problem with its normal wristwatch look, it could be a good choice. 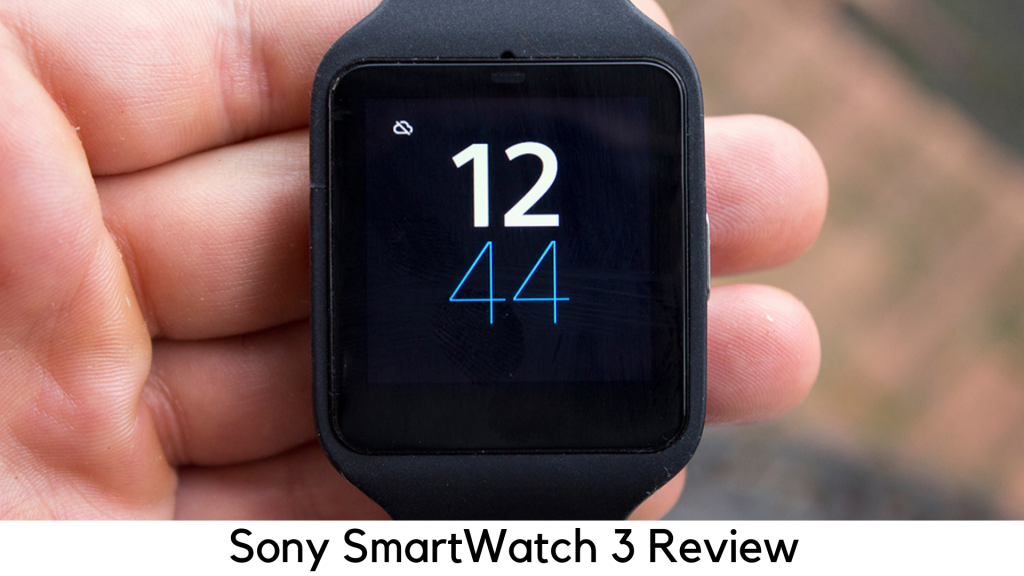 Sony SmartWatch 3 is not just a smartwatch. It is more than a capable fitness watch with in-built GPS. Especially when comparing to its traditional circular competitors like Huawei Watch and Moto 360, it is not made to make the great first impression. It has a square dial, which is more identical to Pebble Time than any other Android Wear device.

Its appearance might look flat but it has a lot of surprises. It is powered by 1.2GHz quad-core CPU and 512MB RAM. It is more than a fully functional fitness accessory with GPS built-in, as compared to other smartwatches. Well, all that power comes with a price. The Sony SmartWatch 3 costs £189.99 (~US$250 or AU$299.99).

The Sony SmartWatch features 1.6” 320x320p transflective screen. This resolution is found in Gear Live and G Watch R. The resolution standard remained the same over the past few years. Even on a small display, the images and text look noticeably sharp like on a 1080p display of a smartphone. 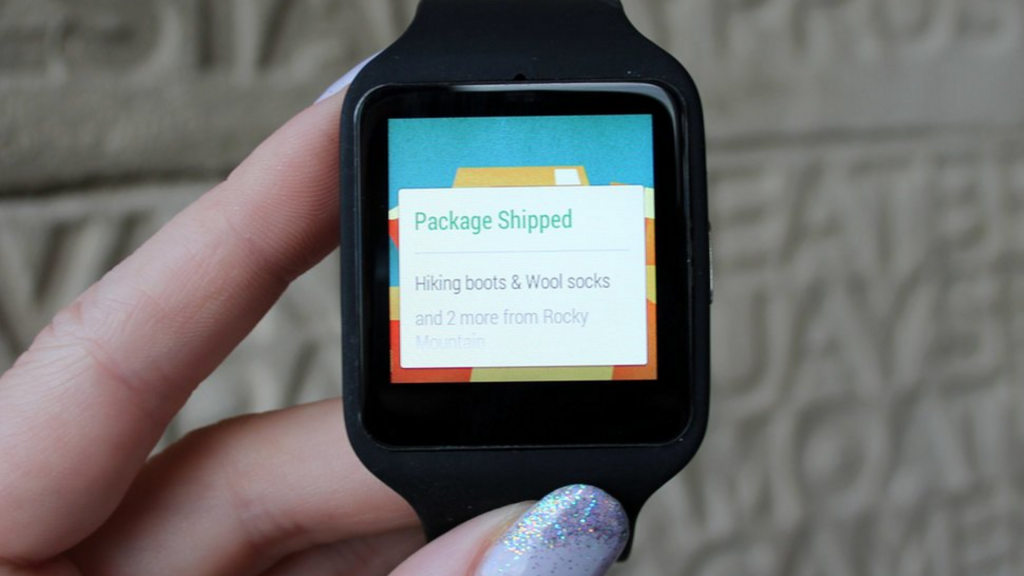 It has good sunlight readability than a lot of other smartwatches. The display can put a lot of light on brightness settings. Unless you deactivate the setting, it always remains on. It dims out but can still be read when not in use actively. It lights up when you raise your wrist or when you get a notification.

Like a lot of modern smartwatches, Sony SmartWatch 3 does run Android Wear. The best thing is this OS does not add much bloat by the manufacturer. Android Wear is a well designed and attractive system in its infancy and there is a room for improvement.

The first screen on the watch is actually a clock face. It will be shown in dim light all the time unless you uncheck the always-on option in display settings. It will light up with one tap on the screen or you can raise the wrist. To dim it again, you can place your palm on it or wait a few seconds. 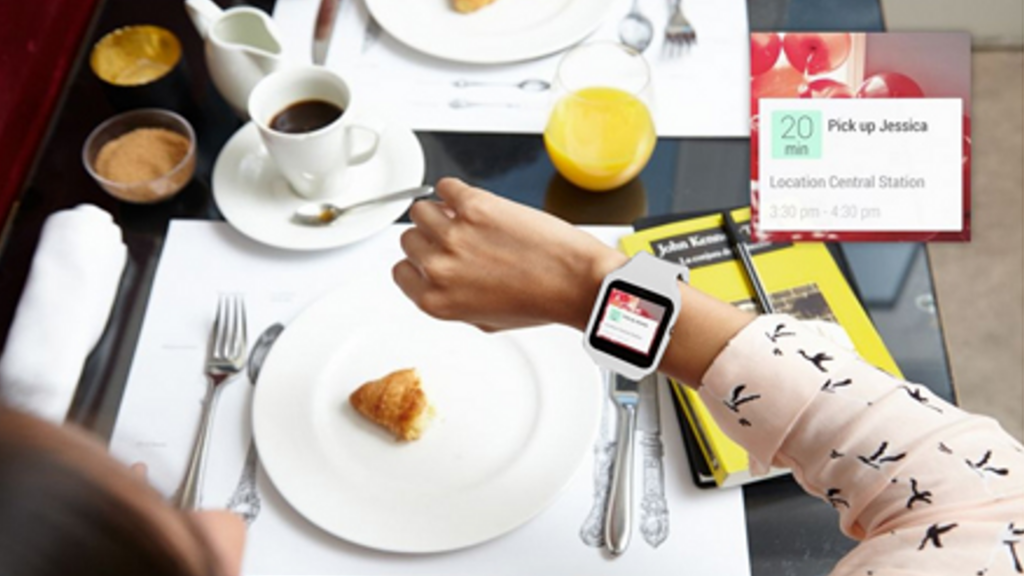 Performance-wise, it seems really good as well. The watch would not record a tap occasionally and it can take some time to process your voice commands, for example, opening apps, or sending texts on the device. There is no noticeable lag when scrolling through alerts, messages, and navigating the interface. However, it goes without mentioning that it packs 512MB of RAM and 1.2GHz quad-core CPU.

When it comes to choosing smartwatches, battery life is a bigger concern than on smartphones. Some of them not just have worse battery life than an average handset. People are likely to less charging up their watch. On average, a watch needs frequent charging.

Though Sony SmartWatch 3 doesn’t have anything to do with the common battery issue, but it is far better from the worst rivals. It has a 420mAh battery, which is big enough for a smartwatch. For example, LG G Watch R has a bit smaller battery of 410mAh and Moto 360 has a 320mAh battery. According to Sony, it has up to 2 days of battery life. 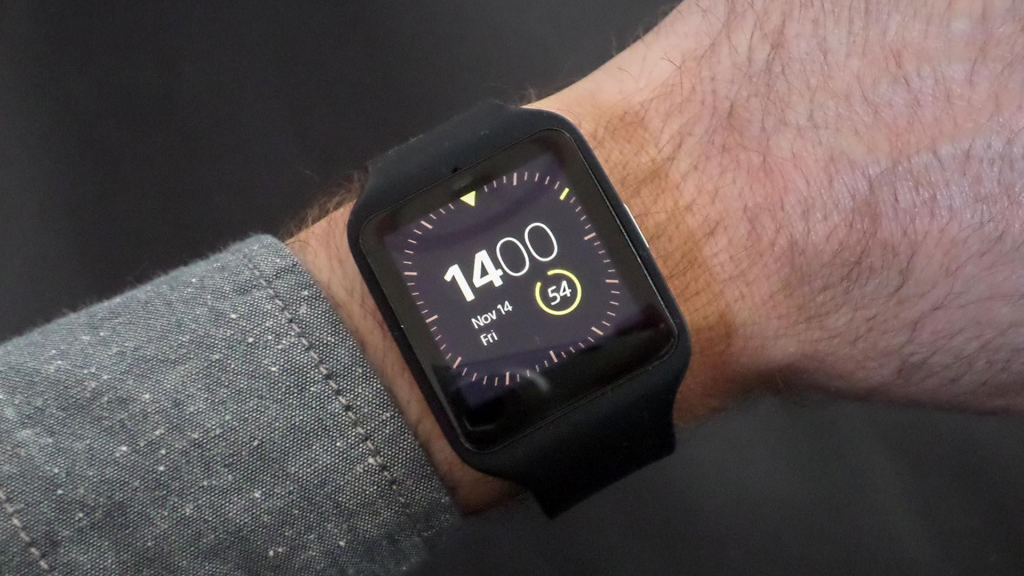 In real life, it lasts around a 1 ½ day with mixed-use. For example, when you charge it 100% at 8 am, it can last till midnight with around 50% left. In addition, it is possible when you keep it connected to your phone all day, getting notifications and emails regularly, the screen is always on, and using voice controls occasionally. With light use, it can stretch to around 2 days. Nevertheless, don’t expect it to last longer than that.

When it comes to charge, it has at least one micro USB port. You do not need to have extra docks or chargers like other smartwatches need. There are always chances that you can find a micro USB cable.

On the other side, the USB port adds some bulk to the watch and is also not so easy to access. It would be great if it could have wireless charging support. It could be bothering to pry open the flap and plug it in.

Sony SmartWatch 3 has better connectivity than a lot of other wearable devices. It has Bluetooth 4.0 with some basic sensors like a compass, ambient light sensors, accelerometer, and a gyro, along with NFC and GPS. In the fitness and apps section, NFC may not be supported by Android Wear till date, but SmartWatch 3 is more future-proof than other wearables.

One of the best parts of Sony SmartWatch 3 is its integrated GPS, which makes it a great workout companion, along with being dust and waterproof. This way, you can easily leave your phone at home while jogging.

It is also a smooth performer, without any slowdown and its 1.6” display is truly very sharp to use smoothly and it looks good. Its size has a good harmony between not looking a bulky phone strapped to the wrist and still being usable.

Battery life is also worth mentioning too. However, it demands to charge every single day, but you will not have to charge it every now and then. It can last at least all day long.

Even though it has GPS in-built, it is still not so accurate. It can track your route and give a rough estimate of distance traveled. However, you cannot get the real accuracy of a professional sports watch.

GPS also kills the battery. In the long run, you might have to charge the battery in the evening.

We really liked Sony SmartWatch 3 in different ways. It is not that great, of course, no other smartwatch can be, but Android Wear is truly a useful gadget when it comes to staying updated with notifications.

The Sony SmartWatch 3 also manages to stand out in competition very much thanks to a good screen, superb performance, and great battery life. It is a great fitness gear with the inclusion of GPS as compared to a lot of smartwatches, even though implementation is not that good.