The first bunch of Huawei Mate X foldable phones finally opened its doors to buyers by going on sale in China on the 15th of November, 2019 and received a raving response by reportedly selling out in minutes. 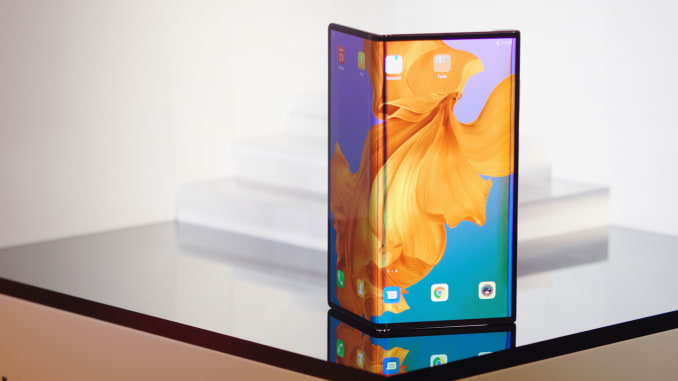 Originally announced in February 2019, at MWC 2019, the phone was to be launched in the summer of 2019 by Huawei in China. This foldable phone was then slated for a September release in 2019. However, it got delayed until October when the smartphone maker finally started taking orders for the coveted Mate X.

The phone finally released in November 2019 at the price of 16,999 Yuan, which roughly translates to $2,495 or AUD $ 3,559. During this sale window, buyers were also reportedly given a 50 percent discount for screen repairing or replacing, as reported by BBC.

While a second batch of the Huawei Mate X is all set to hit the Chinese market on November 22, there is no word on the number of phones to be made available for sale this time around, just like in the first round of sales.

The smartphone maker is yet to comment on whether and when this coveted smartphone will be released in other markets and geographies. But, one thing is for certain. Public interest in foldable smartphones is still very much intact.

Is Huawei’s Future In Foldable Smartphones?

With the launch of the Mate X foldable phone, it is clear that Huawei is treading the same path as other smartphone makers in introducing foldable phones. Moto Razr also joined the foldable phone bandwagon, announcing foldable display technology for its flagship Razr flip phone, which is all set for a December 2019 release.

Huawei pushed back the release of the Mate X foldable phone after Samsung abandoned its Galaxy Fold range of phones after its April 2019 launch citing durability issues. Samsung was the first smartphone maker to tap into the foldable smartphone space.

While Huawei did not give any substantial reasons for the corporate’s postponement of the Mate X, speculation was doing the rounds whether Huawei too faced similar issues of reliability like Samsung or were they just looking to stall their release in order for the public sentiment on foldable phones to rise again.

The foremost delay for the Mate X came from the ban of Huawei from the US. As this ban had not been repealed but only temporarily revived, it does not look likely then that the Huawei Mate X will release in the United States.

The smartphone maker does confirm that the Mate X range of phones will be launched in other geographies besides China, according to BBC.

While there is little clarity on when that can happen, what we do know is that the successor of the Mate X has already been revealed, which is the Huawei Mate Xs. This smartphone will sport the latest Kirin 990 chip, although information on its release date is undisclosed yet.