A video-sharing social networking site, TikTok is a Beijing based company launched in 2016 for iOS and Android and is available in 40 languages. This networking site has gained popularity worldwide. 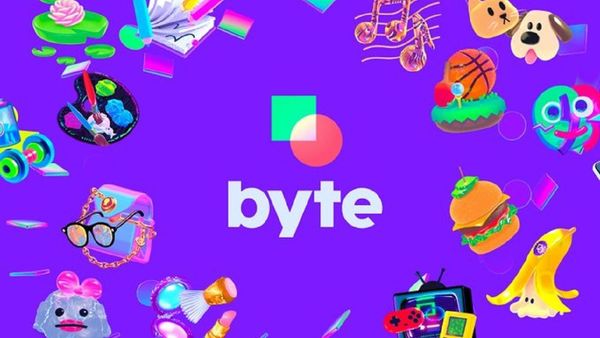 The privacy of the user is highly secured. The personal information can be kept blocked from a specific user, and the user can choose or reject his friends whenever he likes. Certain videos can also be kept public or private, according to the wishes of the user. There is a feature of viewing recommended videos in the “for you” page for the users to view various videos and react to them.

Like TikTok, Byte is also a video-sharing social networking site launched in January 2020 by Dom Hofmann led the development team and is available in 41 languages.

The Byte app has posed a severe challenge to the existence of the long-lived and widespread TikTok. Byte has been ranked No. 1 in Apple’s U.S. App Store, as a free iOS app in Canada, and No. 10 in Australia, New Zealand, Norway, and the U.K.

Though there is nothing that can challenge the 60 seconds format of TikTok, the newly launched Byte app had 780,000 times downloads in its first week. By now, it has downloads of more than 1.3 m by contrast to 1 billion TikTok downloads, which seems to be an impressive start.

TikTok’s attractiveness lay in its viral-friendly features accompanied by various filters, visual effects, lip-sync features. But the Byte lacks in these features. What Byte possesses is its large number of influencers. However, both apps have a similar interface since both the apps do the same work of sharing videos.

The Byte is best suitable for fast and quick videos. The Byte allows the user to get paid for uploading a video that is absent in the case of TikTok. But the TikTok users can earn money by the ads that are released by the app, but this is not available to everyone.

However, Byte is not available in North America and Canada, and unless this problem is fixed, Byte cannot catch TikTok for sure. Besides these, TikTok has more features than Byte, and if Byte wants to surpass TikTok in its popularity, then it has to pull up its socks with various new features in the future.

Though Byte has shown impressive downloads in its first week, yet it is far behind TikTok in many aspects. It cannot beat the popular TikTok app unless it makes some improvements soon.