Google’s Stadia game library has been expanding its content for quite some time now. Google has now got the total number of games of Statia up to 22. It has recently launched two more games on its platform, which are Borderlands 3 and Dragon Ball Xenoverse 2. 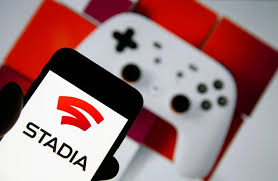 Google has announced that both of these games are available for buy from the Stadia store at a full price. The Borderlands 3, however, had a limited time discount with it upon subscribing to Stadia Pro.

On its official website, Stadia wrote, “More games are arriving on the Stadia store just in time for the holidays. Get set to pummel intergalactic enemies in planet-shaking fisticuffs, wander vast and chaotic wastelands in search of fortune and glory, and team up with friends to take down foes in intense special operation scenarios.”

Let’s take a quick look at the newly launched games on Google Stadia.

One of the most promising games for 2019, Borderlands 3, is an action role-playing shooter video game. This first-person shooter game was developed by Gearbox Software and published by 2K Games.

In the previous version of this game, Borderlands 2 was launched in 2012. The new release in the series is a sequel to it and is considered to be the fourth main entry to the series overall.

The game can be played in three editions which are the standard, deluxe and super deluxe editions. In this game, a player can team up with up to 3 more friends online to create mayhem for the ultimate gaming experience.

In this video game, the gamers battle through a chain of moments from the very series and time travel to relive the Dragon Ball story. The main aim of the game is to protect the iconic moments from the series. As you time travel, learn new techniques to defeat your rivals and gain more power. This online game can be played with friends.

There’s more coming our way with Google promising to bring in four new games in 2020. Few of the most awaited games are in the list like the Cyberpunk 2077, Watch Dogs: Legion, Gods and Monsters, and Doom Eternal.

It has also come in the news that Stadia Founder’s Edition users will additionally receive a holiday surprise along with a Buddy Pass. This Buddy Pass can be shared with a friend or family so that they may experience Google Stadia themselves.

Hence, with the Buddy Pass, your friend gets a three-month free use of the Stadia Pro version.

EE's Switches On 5G Network For 50 Cities, More To Join Next Year