It is a well-known fact that the Chinese do not use Google anymore. So is the case with all Google services, and Google Maps is no exception. Due to the Great Firewall in China, Google Maps is no fortunate. But China has alternative apps named Baidu Maps and Alibaba’s AMAP (popularly known as Autonavi or Gaode Maps). 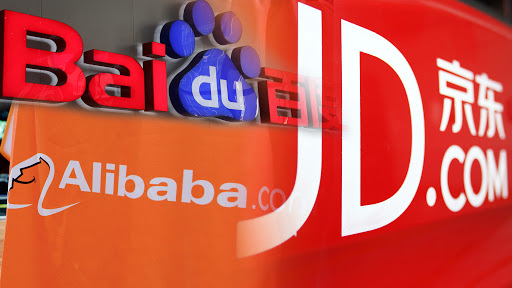 AMAP and Baidu are in the technological race with Google Maps worldwide. AMAP is developing its platform and looks to attract frequent tourists across the globe in and out of China.’

Baidu is offering International Maps for the last four years but hasn’t been in close competition with G-Maps. There are many forums on different Chinese websites that suggest the usage of G-Maps. One user said: “Why to use Baidu and AMAP when you’re already abroad?”

These comments hint at the technical difference between the three apps.

Google Maps are more detailed, with geographical and topographical information. On the other hand, Baidu Maps offer only street information with details of surroundings like markets, restaurants, and café. It doesn’t appeal to users much as per reviews.

Google Maps allow you to check all types of transportation between 2 places. Baidu has a partnership with Ctrip to offer car hiring services via Maps.

On the other hand, Alibaba’s AMAP is developing a similar service for MAPS to enter the Chinese market. AMAP has recently partnered with Here Technologies (data mapping company) to include global maps and traffic details across the globe. Here Technology is already providing these services to Baidu.

Baidu has to work a lot on its technology and user platform to make it better.

Baidu users are majorly Chinese but not much outside. Thus, there is still a silver lining here for AMAP. AMAP is developing its platform with lots of inclusions that will benefit Chinese users. For example, connective with car and taxi riding apps, food ordering apps, and linguistic options.

“The world is shrinking as more and more people turn to the internet and super apps such as AMAP to navigate not just within their countries, but also when they travel,” said StanimiraKoleva, Senior Vice president and general manager for APAC at Here Technologies. (Sources: www.abacusnews.com)

AMAP must come up with better geographical and topographic information to fill the gap and compete with Google Maps. AMAP will have Alipay, an Alibaba online payment app. It is already in use in China, and many travelers are using the same.

It will be interesting to see how AMAP attracts travelers worldwide and compete with Google Maps.