Can you imagine how would a visually impaired person navigate the world?

Whether you are walking on the streets or cooking something at home, doing all such tasks without proper eyesight is really difficult or almost impossible to do. But I have seen many people challenging their situation every day by managing to do all their work by themselves. Such people are an inspiration to many of us. 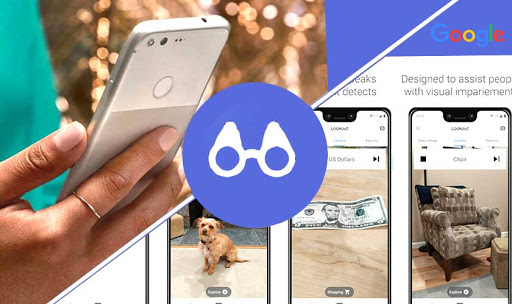 The introduction of the Smartphone has made it quite easier, especially after the use of Artificial Intelligence in them. Google Lens is now capable of even identifying a dog’s breed just by clicking a picture of the dog. Why not use such smart features to help out the visually impaired people?

Google has come up with its latest initiative for helping the visually impaired or differently-abled community. Google Lookout is a US-based app that is made specially to help visually impaired people see the beautiful world around them.

With the help of the Lookout app, these people can navigate the world by using their smartphones. The AI featuring the app dictates the text to you describing what is happening around you.

Lookout is now available on Pixel devices as well as on non-Pixel devices. It has recently started supporting Samsung and LG devices.

The app is currently functional in the U.S and not yet launched in other countries. You need to update your Android to Android 8.0 in order to use Google Lookout.

You can get the updated APK from APK Mirror and install it on your phones. It officially supports Pixel 4 and 4 XL and is also available for Pixel 3a and 3a XL.

The app was announced last year is now finally available for you to try it out. Basically, it has 3 modes-

Whenever you start the app, it asks you which mode you would like to use. This helps you to save your time which you would waste on simply navigating the options.

While testing the app for a short period of time, I have observed that it is really quick in identifying objects along with its location and time. It also tells me whether the object had a text on it or not.

Google is not the only company to launch an app that helps visually impaired people. Microsoft has a similar app for the IOS phone named Seeing AI. The app can read handwritten texts, recognize denominations of currency, describe colors, etc.

As of now, Google Lookout lacks the facial recognition feature which adds a point to Seeing AI but Lookout might come up with this feature in the future.

How To Activate Google’s Advanced Protection

Best Xbox One Horror Games in 2020