Jurassic World Evolution is another great addition in the world of simulator games brought to you by Frontier Developments. It has become one of the top favorites for all gamers.

If there is anything you know about Frontier Developments, you would see that they are a pro when it comes to theme and roller coaster games. Jurassic World Evolution is nothing but a business simulation game that is developed and published by Frontier Developments. It released in June 2018.

The creation of the game had approximately 100 people in the development team, with a high-end budget of £8 million.


The game is based on the 2015 Jurassic World movie. The development team has examined various dinosaur models that were used in the films over the years.

Within a matter of 7 months from the date of release, the game had sold more than two million copies, making it one of the most successful games ever launched by Frontier.

So, Jurassic World Evolution is a business management game that needs you to build and maintain attractions that are full of lizards and turning out of them a beautiful, thriving enterprise.

It is almost like a homage to the age-old series. 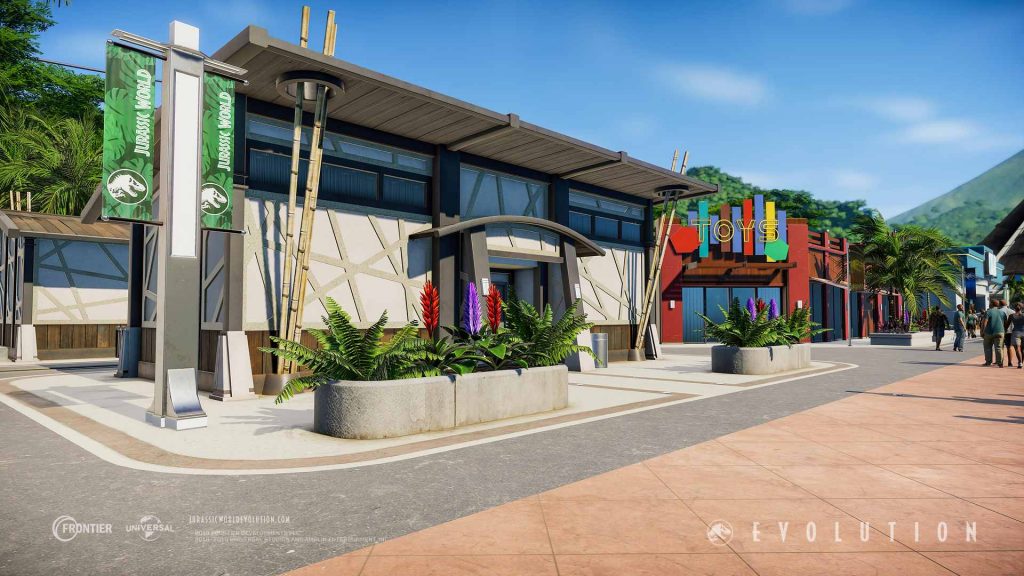 The central theme of the game is mainly based on one question: ‘How exactly would you run a dinosaur theme park?’

Frontier Developments has done an excellent job when it comes to creating something that is closet to a dinosaur park. Whether it is the park itself or the dialogues, it is a superb put-together of everything that relates to dinosaurs.

The in-game menus also contain immense significance and references to the movies itself, making it one buff for the Jurassic Park nerds.

It is compatible with Microsoft Windows, PlayStation 4, and Xbox One.

This simulator game offers you with offers 40 dinosaurs that can be unlocked by completing the various missions. It is not as easy as it sounds.

The difficulty level of the game is standard to high. For unlocking each of the dinosaurs, you will need to collect fossils and extract their genomes. You have to accumulate at 50 percent of a species genome to incubate it and then bring it to life in your game. Thus, into your dinosaur park.

Extracting the genome for every one of the dinosaurs can be somewhat repetitive and slow.

There are new islands with different kinds of bearings for each one. But again, you have to complete critical missions to unlock these islands. There are various drawbacks in each of the islands, like one may be tormented with storms while another has gone bankrupt. 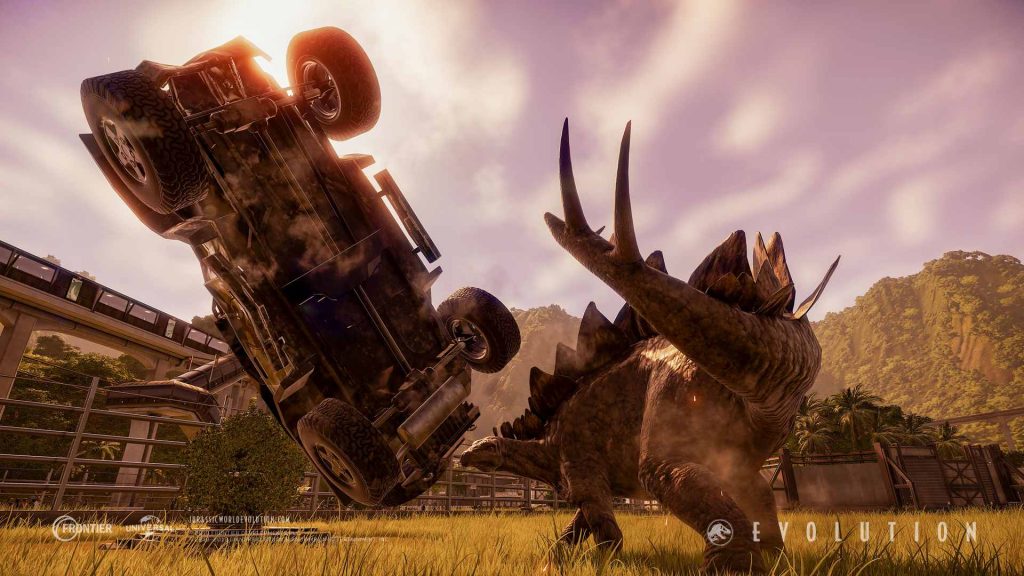 The game needs you to identify these and work towards a safer or profitable island. You can quickly move between islands and keep an eye on the visitor experience often. This way, you can also revamp your older parks with new dinosaurs and other research.

But, the main attraction of the game remains with the dinosaurs. They are also the only means to earn.

For this reason, it is essential to cater to the needs of different kinds of dinosaurs. Like, the type of food they eat and the amount of social exposure that they require.

These are essential aspects the dinosaurs healthy, satisfied, and thus, capable of earning more.

There are a few modes in which you can play the game like career, challenge, and sandbox mode.

Career mode: In the career mode, the player needs to build five-star dinosaur parks across the islands. You are assisted continuously by Dr. Ian Malcom throughout the gameplay.

In this mode, the player meets figures representing the development of the park in three branches, which are entertainment, security, and science. They will have contracts for you to be completed to receive rewards and reputation in that field or branch.

Sandbox Mode: You can play in the sandbox mode once you achieve a four-star rated park on the starting island. After this, everything that you have made in the career mode will be transferred to the sandbox mode. But, the players will have unlimited money while also they can set their desired weather and time at the parks.

Challenge Mode: You can play the challenge mode with the ease of setting your level of difficulty but with limited funds. 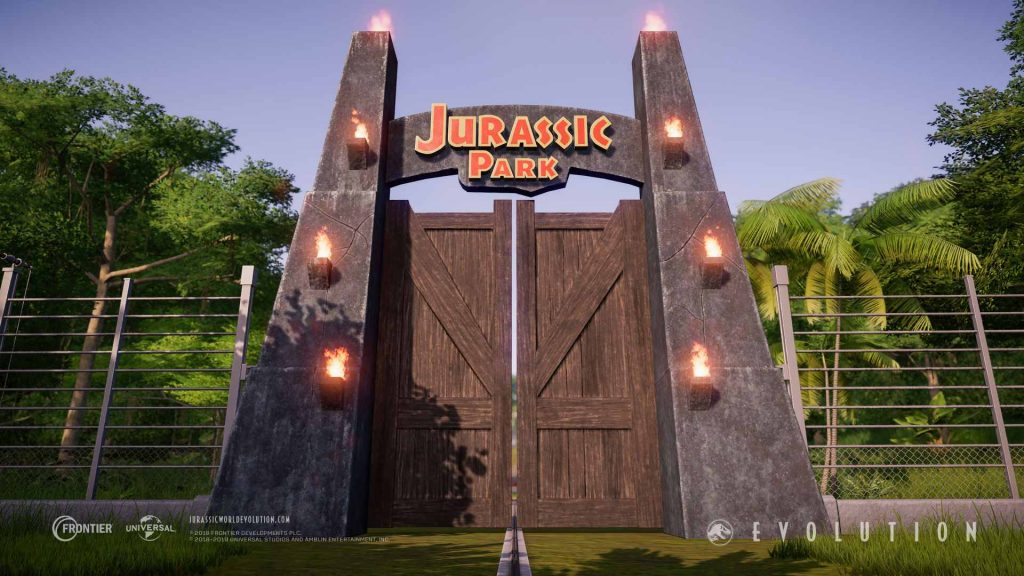 It is but proven from the above facts that Jurassic World Evolution is a pretty smart and well-crafted simulator game. While it gives you a boost of immense joy of running a dinosaur park, it also keeps you thrilled about the perils that could follow.

We cannot but admit that Jurassic World Evolution is an accessible game, but it can be monotonous and overwhelming for seasoned management game players.

Despite a few misses here and there, this game is gripping. While it also keeps a secure connection with the inspiration, the movies as well as the novel.

Despite the repetitiveness of the game, it is an excellent choice for anyone who has ever wanted to run a disaster-prone dinosaur park.

Must-have Android/iOS Apps for Daily Use In India