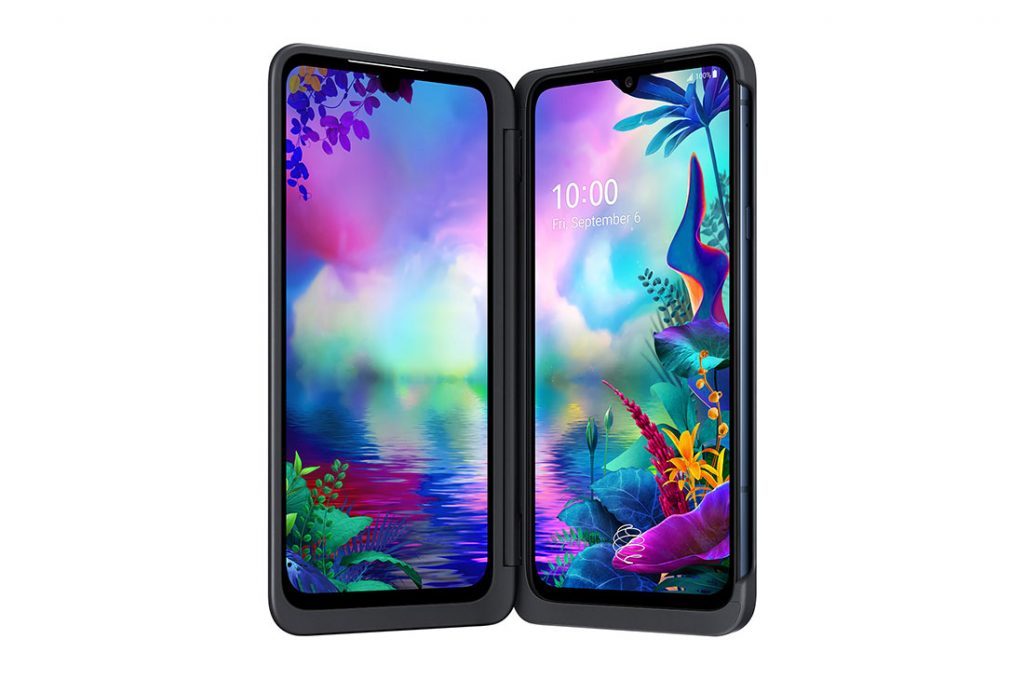 On the camera front, the buyers get a 32 MP Front Camera and on the rear, there’s a 12 MP + 13 MP cameras with features like-

It is backed by a 4000 mAh battery. This smartphone includes numerous Connectivity features such as NFC, Volte, GPS, Bluetooth, Wi-Fi (wireless), and many more.

The LG G8X ThinQ looks and feels similar to the LG G8 ThinQ, but the changes made are extremely welcome. The notch is now a tiny teardrop rather than an iPhone-style cutout, due to the removal of sensors which enabled gesture controls on the G8 ThinQ. These gestures were fun, but entirely gimmicky, and aren’t missed on the G8X. 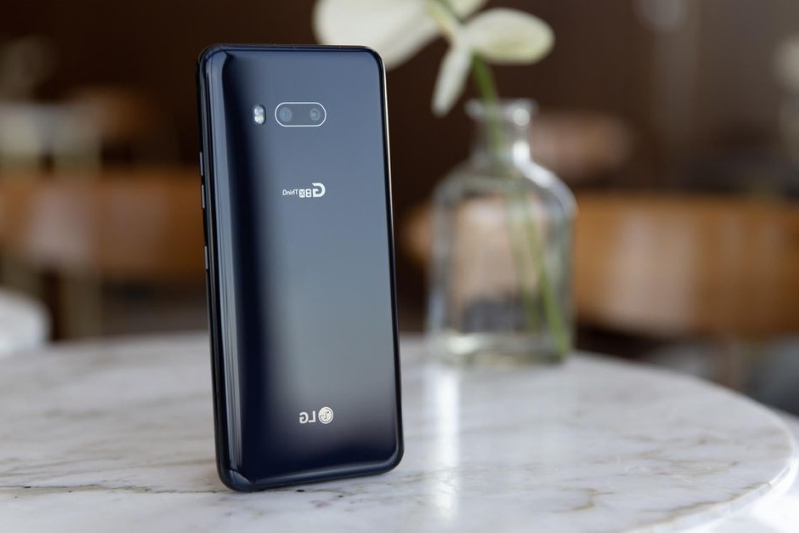 LG’s also moved the fingerprint scanner from the phone’s back to under the screen, a positive move in terms of design and modernity, but less so in functionality. It’s not fast and it’s not accurate.

I’ve re-scanned my fingerprint several times, but it still has an unacceptable fail rate — by which I mean it fails on more than a few occasions every day — and it definitely doesn’t read overly dry, or slightly damp fingers well at all.

The fingerprint sensor’s failings are compounded by the inexplicable lack of face unlock. A feature seemingly on every phone for years now is absent from the G8X ThinQ, forcing you to rely on the unreliable fingerprint sensor, a PIN code, or worse, just turning off security entirely.

I can forgive fingerprint sensors for their idiosyncrasies when there is a usable, daily alternative that doesn’t involve me going back in time to PINs and patterns. The G8X ThinQ does not have that.

LG has made the G8X slightly thicker than some of its competitors at 8.4mm, but this has enabled it to fit the camera array flush into the body and add plenty of toughness, as well; the phone reaches MIL-STD810G specifications and has an IP68 water resistance rating.

This means it’ll withstand minor drops and encounters with dust or water better than some phones, but it’s glass on both sides, so a case is still always a good idea. The phone’s body is slippery, and more than once it has slid off a table and fell a couple of feet onto a hardwood floor, but didn’t take any damage.

It comes in one color, aurora black, which produces a lovely blue tint when it reflects light. The 192-gram phone isn’t particularly heavy, but the thickness can make it fatiguing to grip over a long period of time. 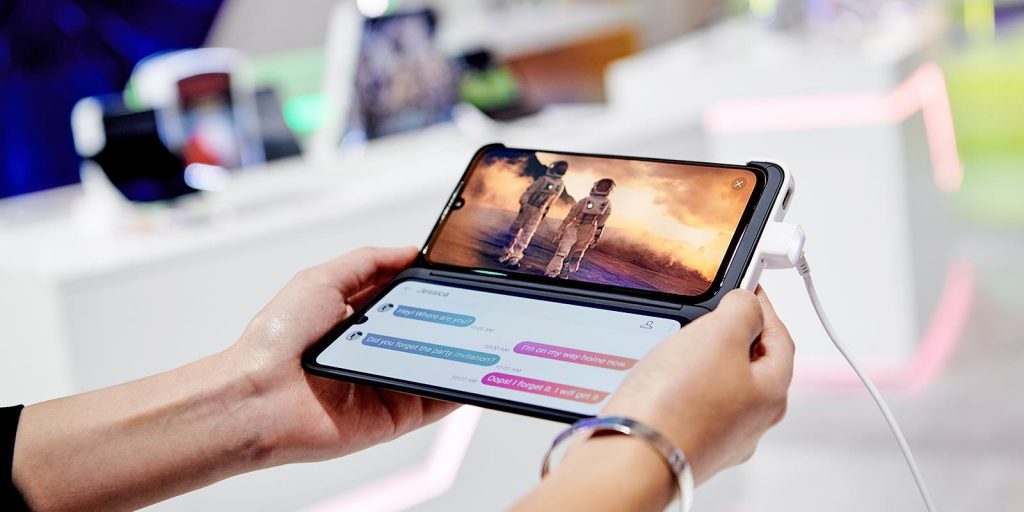 Similar to other proper foldable mobile phones, LG G8X is simply offering dual-display screens for a better experience. In case, if you prefer to watch or stream any video content then it is possible to utilize a separate screen for scrolling text or Twitter.

However, the entire kit is not awkward or too large to handle. Amusingly enough, the G8X and Dual Screen benefit from not having as advanced of screen tech as proper foldable.

Same like Samsung Galaxy Fold’s model LG G8X is also configured with two simple screens that can be easily swapped as per your requirements without any slippery interface or confusing bleed over.

Moreover, it does not even include a perfect interface that is a little bit buggy and can exchange the screens without a hitch. You can create a custom controller along with the provided gamepad tech that will not perform well for specific games.

For example, sometimes it is not possible to shoot, aim, or even move simultaneously. As a workaround, you need to combine a few features with a long single press to play clunky games.

Apart from other features, you can gain a better experience by playing the games on the full-screen mode and make it creative with your fingers.

Within the Menu bar, you can find numerous game-specific tools under the navigation section (three-button icons) to take screenshots, mute media, disable alerts, and even browse your favorite games on YouTube. Some of the best gaming features are still not available in this mobile phone.

Watching the media is unsurprisingly good on a phone with LG screens, especially when tenting up the phone to watch the video. When compared with the Google Pixel 4 mobile phone, the sound quality is not much better from the speakers either from the earpiece or bottom both sides are even louder.

Extended View is another best feature that allows the users to utilize the second screen (similar to the second tab) for accessing the weblinks or viewing images. At this moment, this feature can be utilized only in Naver Whale and also LG’s Gallery. These are the original screen uses available on this mobile phone.

The G8X is equipped with a Snapdragon 855 chipset. Day-to-day tasks such as browsing the web and launching apps run fast and smooth. There were instances, however, where apps froze or sputtered and I’d have to quit the app to restart it.

This happened mostly with gaming apps such as Call of Duty and whenever I tried launching the gaming pad. I also noticed there were times when the second screen would take a beat or two to rotate itself to the proper orientation when I had the game open.

Other than those examples, the G8X’s performance was reliable. On paper, its benchmark scores were comparable to other premium phones with Snapdragon 855 processors. (Note: The Galaxy S10 Plus and  Galaxy S10E have the same processor. We were also unable to run 3DMark Ice Storm Unlimited on the OnePlus 7T.)

The G8X has two rear cameras: a 12-megapixel standard camera and a 13-megapixel wide-angle camera. LG was one of the first phone makers to include wide-angle shooters, and it’s useful to capture more content in each frame.

There is a low-light mode called Night View, similar to Pixel 4, iPhone 11 and others. The G8X managed to capture a decent photo in a nearly dark living room — I was able to make out various furniture and objects in the photo that I couldn’t see in real life in front of me. 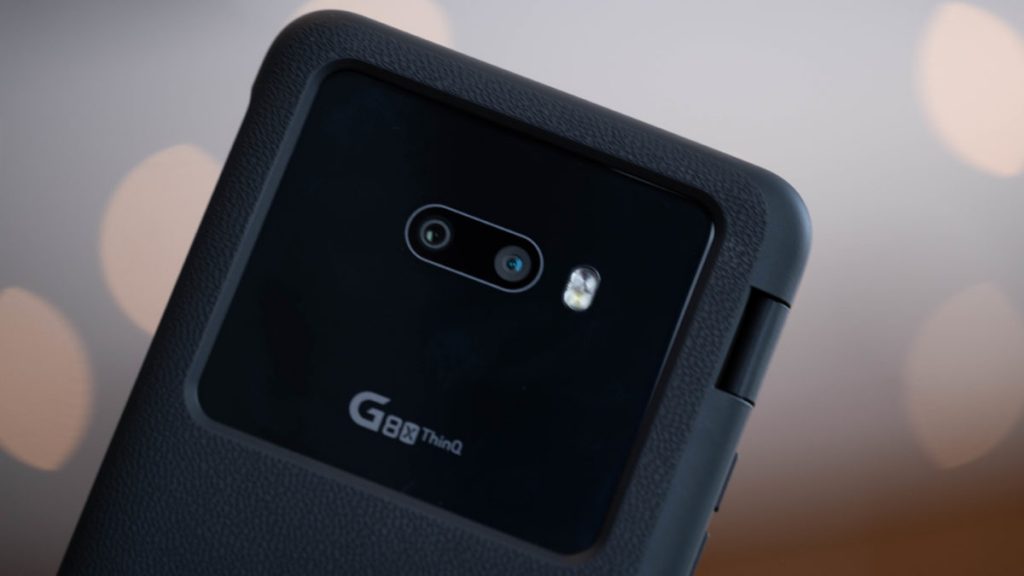 But compared to the Pixel 4, the G8X’s low light mode isn’t as good. The Pixel 4 captured a much clearer image with less digital noise and more accurate lighting and color. With ample lighting, however, the G8X takes clear and bright photos with good contrast and excellent focus.

While the HDR effect doesn’t make pictures look as cinematic or vibrant as the Pixel 4, colors and exposure are depicted more accurately with what I saw in front of my eyes.

The results may appear “muted” overall, but the pictures are true-to-life. On the front is a 32-megapixel camera for ultra-clear selfies and it can take portrait pictures, too.

Portrait photos were OK but not great. I noticed areas of patchiness around my hair (expected) and hands (not expected). This made the bokeh effect look artificial and unnatural.