Subscription services have been setting a new trend nowadays and Google has also joined the race with Apple. According to a report by Android Police, Google Play Pass is going through a testing stage. The much-awaited subscription service will allow the users to enjoy hundreds of premium games and apps with no in-app purchases and ads by paying a flat fee per month. 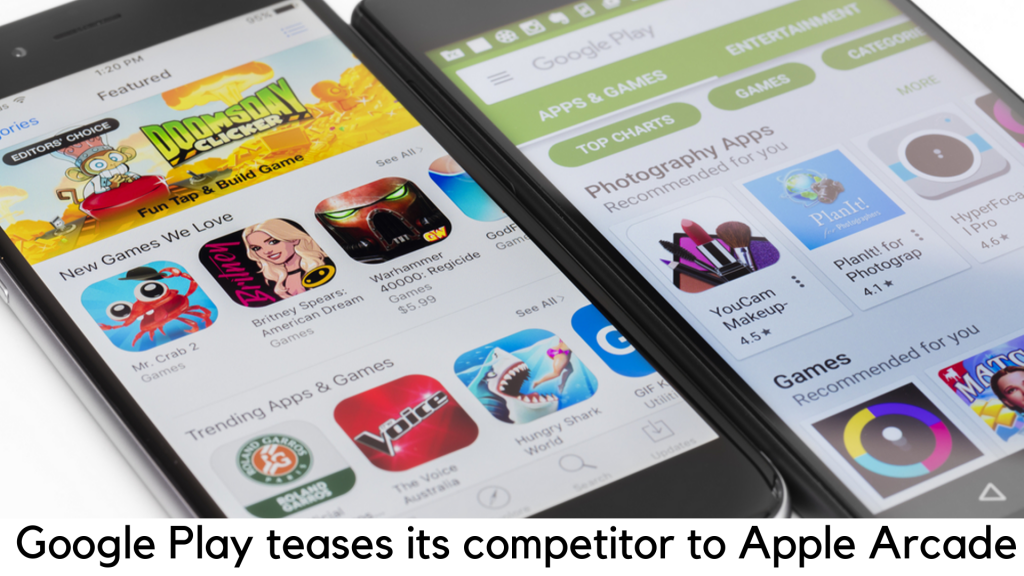 Some of the details have been revealed with a leaked screenshot shared by the Android Police, and they seem pretty much similar to the much-hyped Apple Arcade, a subscription service announced last year.

You will need to pay $4.99 per month and enjoy unlimited access to a range of free games and apps without in-app purchases and ads. Some of the screenshots show popular titles like Knights of the Old Republic, Monument Valley, Limbo, and Ticket to Ride, Stardew Valley, and Marvel Pinball. The family plan is also under tests and, obviously, it will be more expensive than $4.99. 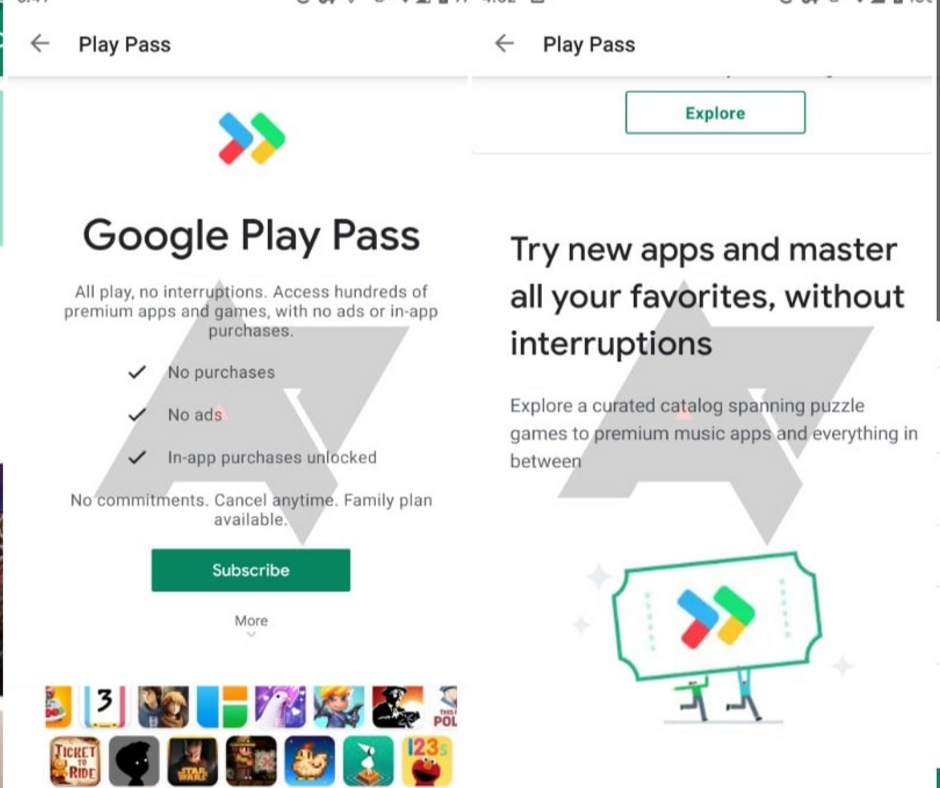 There are slight differences between the Google Play Pass and Apple Arcade. Arcade is just based on games and all of the titles will be exclusively available with Apple’s service spanning Apple TV, iOS, Mac OS and iPad OS. Apple Arcade will also include a family plan in the beginning and there is no idea yet on the monthly cost of Apple Arcade. 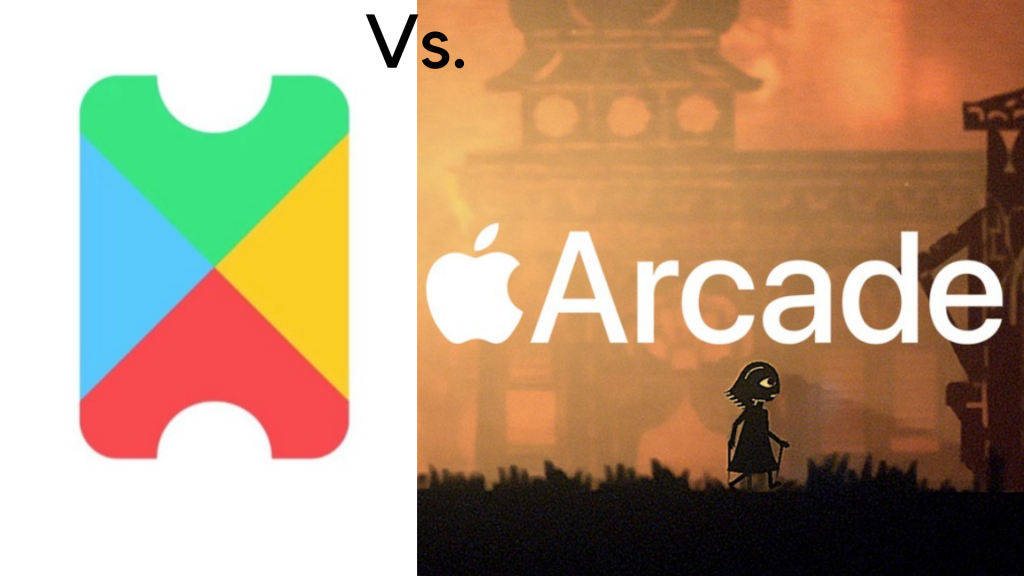 On the other side, Google Play Pass will offer access to the current catalog of apps and games that are already available on the Google Play store. Due to the existing piracy issue on Android, along with the fact that iOS users prefer to spend more on apps than Android users, it is challenging for Google to sell premium apps successfully. Hence, a subscription service can help resolve the issue by offering the best of Play Store for a fee.

The Play Pass service is apparently being tested and has yet to be announced by Google officially despite the risk of the leak. It means details might vary until the official launch. If it is true, Apple Arcade might have a big reason to worry because Google might give tough competition later this year.

What Competitors are offering?

The all-you-can-eat game subscription offered by Apple, Arcade will be available for $4.99 in the US and £4.99 in the UK. It has been available in around 150 nations since September 13. Apple tested Arcade during the launch of the latest iPhones. It is an initiative to add a great change to the mobile gaming industry and the company will have another great revenue source to their books.

For a monthly fee, Apple will offer access to a vast collection of around 100 games to the users. Some of those titles will not be available for individual purchases as they will be exclusive only to the service. You will not find any ads or all the in-app purchases will be unlocked in Arcade games. You will be able to play them online or offline on iPad, iPhone, Apple TV, or Mac. Certain devices should have support for PS4 or Xbox controllers.

Apple has also joined hands with leading game publishers like Capcom and Konami to introduce titles like Beyond a Steel Sky, Lego Brawls, Sayonara Wild Hearts, and Sonic Racing.

Well, the concept of video game subscription is quite old. Microsoft has also launched Game Pass Ultimate for Windows 10 and its Xbox console, which costs £10.99 monthly in the UK.

On the other side, the Switch Online by Nintendo offers access to a collection of NSES and NES games with online play at £3.49 per month.

Xiaomi Mi A3 All reviews and Updates Are Available