Redmi K30 has constantly been in speculations and rumors these days. However, some of the ‘live pictures’ and info of the device have come out to be fake. When considering the new batch of leaks and speculations, we will soon get the full story to reveal, particularly within a few weeks. General Manager of Redmi Group and VP of Xiaomi Group, Lu Weibing has officially revealed a hint of a kind of K30 event to happen next week. 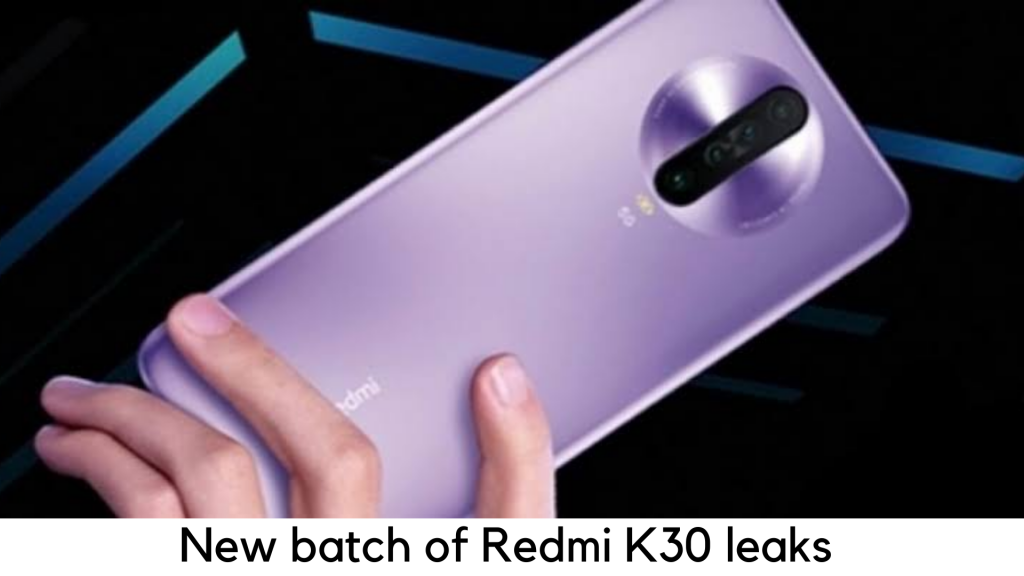 It is still supposed to be a center of attraction as a successor to Xiaomi’s best-selling Mi 9T and Redmi K20.

“A leakster Mukul Sharma claims official release to go down by December 10, which we have already known. So, it wouldn’t be wrong to expect some official teasers before that.”

No matter what, K30 is near and is giving lots of credibility to some of the other leaked details that we will mention soon. There is an official poster circulating across the web before the launch.

The render shows the Redmi K30 device with a dual punch-hole display in the top right corner. By keeping authenticity aside, the earlier “live photos” are pretty much in line.

There is also a render of seriously lower resolution teasing the back panel of the phone and it seems to be like a vertical camera panel positioned in a sort of oval design. It is not easy to come out with detail due to the very low resolution.

It goes without saying that those last speculations are coming on our side. According to some of the leaks, the device will have a full HD 6.66-inch LCD display with an aspect ratio of 20:9.

Some other rumors of specs include refresh rate of 120Hz on the panel along with Snapdragon 730G processor, coupled with 64GB storage and 6GB RAM on the base variant.

The camera panel is supposed to have 64MP main snapper, 12MP ultra-wide-angle lens, 8MP telephoto zoom lens, and 2MP depth sensor on the rear side. It will have a 20MP selfie snapper.

Without having a specific order, some of the other details include 27W fast charging with 4500mAh battery, IR blaster, NFC, and 3.5mm headphone jack. When it comes to pricing, Redmi K30 might fall around CNY 2000 ($285) according to some sources.

Some others also reveal CNY 2300 ($330). Both could easily be found correct in case K30 has few new variants and it takes after its precursor. One of the leaked posters also mentioned 5G support.

Overall Redmi K30 is going to be a killer upper mid-range smartphone with plenty of flagship-level features. It consists of a completely bezel-less display with high resolution.

It has good battery capacity coupled with fast charging for smooth performance. But there is a lack of expandability and storage department might be a letdown.