In terms of rolling out the latest Android updates, LG is still lagging behind and it doesn’t have a promising track record. But the company has committed to work on this matter and perform better. In fact, LG G8 ThinQ has started getting updates in some regions and recent evidence shows that LG is going to keep its promise. 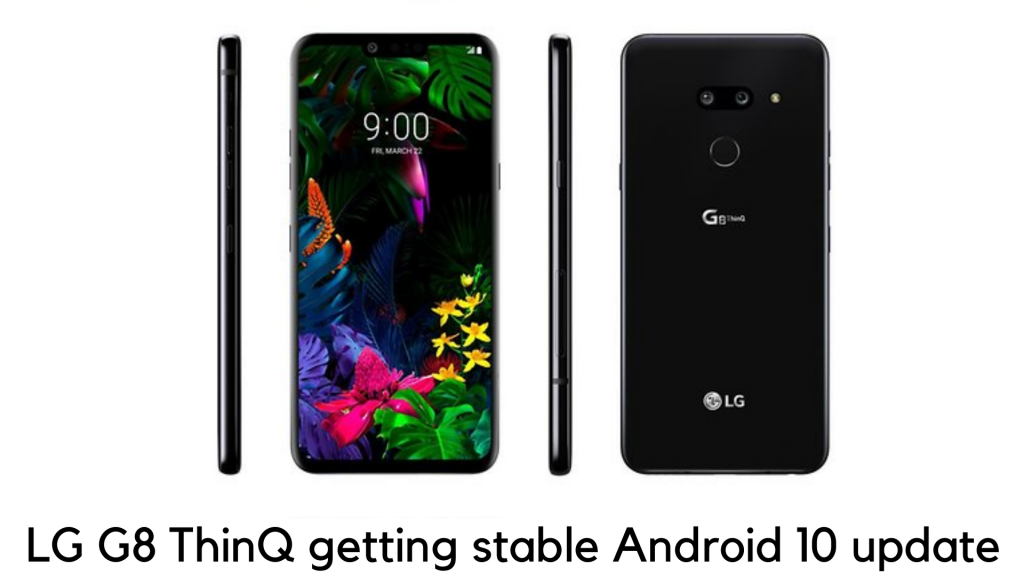 Yes, you read it right. LG has started rolling out its stable Android 10 OS update for G8 ThinQ. According to a recent report, the company has started releasing Android 10 update in South Korea for this device. The version number of this new software update is G820N20c. The company is yet to publish a changelog in detail. But, we understand that the update of LG G8 ThinQ will bring new Android 10 features, including a new navigation system, smart reply and dark mode.


Keep in mind that LG G8 ThinQ updates are not available on all carriers and in all regions at the same time. It may take some time before you get an update, even though it is launched officially by LG.

LG has also released an Android security patch for November, according to the reports by GSMArena. Currently, when the same update will roll out in other regions is still unknown. Along with it, the company is also expected to push the stable version soon for LG V5o0 ThinQ as the company announced the beta program of Android 10 for the device in South Korea. 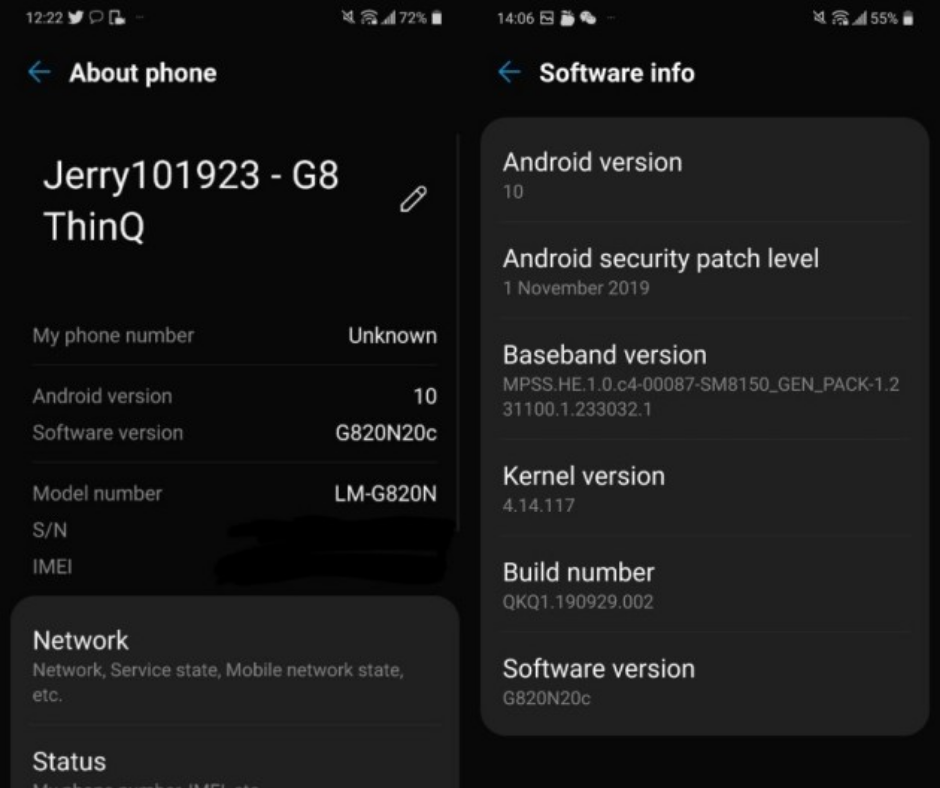 For your information, Google had launched the latest version of Android 10 mobile OS this year in the month of September. The update became available as a result of certain devices from the likes of Nokia, Xiaomi, OnePlus, and other brands. When it comes to key features, the latest Android OS comes with a system-wide dark theme in order to help save battery life to a great extent.

Google is also going to improve its smart reply feature with Android 10. It will now work in all messaging apps. It will now include actions like opening link on YouTube and address on Google Maps.

Though Android 9 Pie was the first to bring gesture navigation on board, Android 10 will present its improved version. A sneak peek has also been revealed by Google showing a new gesture to open left swipe menu. But most users didn’t like the interface.

It also has a Live Caption option to caption podcasts, videos, and audio messages automatically in any app. Google is also focusing on improving privacy and security with Android 10. Now users can allow apps to collect location information only when they are using the same.

The launch date of LG G8 ThinQ was February 24, 2019, with Android 9 Pie, which was the latest Android version. LG started rolling out Android 10 OS update in early December 2019 to LG G8 ThinQ but in South Korea only. It will soon start pushing Android 10 out in the global market. The new Android 10 skin on this device looks pretty similar to One UI 2.0 by Samsung.