The concept of game streaming is quite unique and revolutionary. But there are still some doubts revolving around. Streaming keeps going beyond Spotify and Netflix and redefining the way we consume data. At the same time, game streaming will also arrive with data plans and some serious consequences in terms of network traffic. 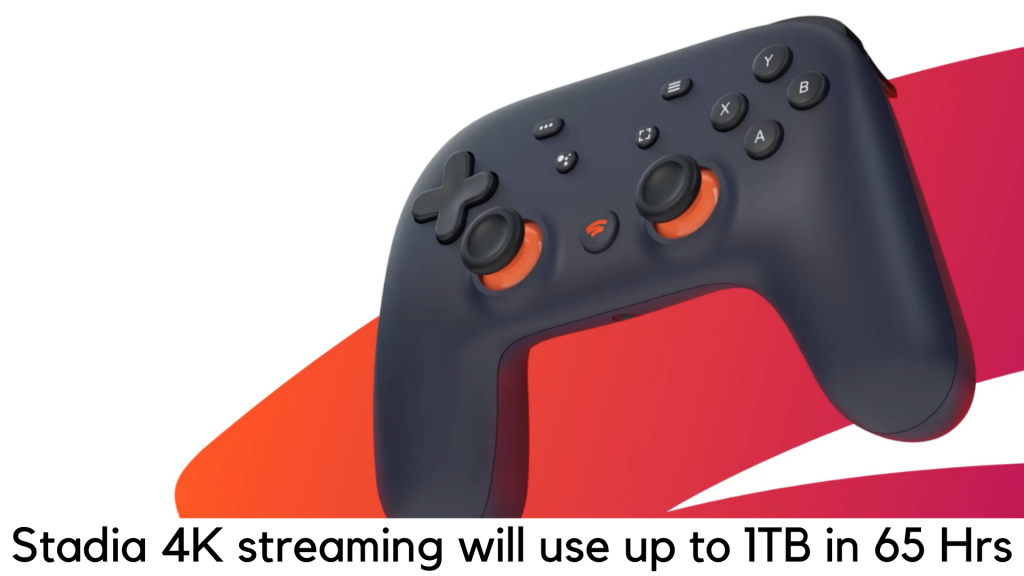 We need to wait and see what ISPs will need to say about that. Well, Google has announced some more specifics about the most awaited Stadia 4K, it is a game streaming platform that is scheduled to arrive in November this year.

Google has now announced the details regarding some games, pricing plans, and connection requirements. Stadia 4K subscribers might have some shocks when it comes to how much data it will consume.

Types Of The Streaming Requirements

According to Google, it has three types of streaming requirements. For low range, it can offer 720p stream with 60fps which would need a bitrate of 10Mbps. Also, for the upper range, it would offer 60fps full HD 1080p streaming with the bandwidth of 20Mbps.

For the highest quality Stadia 4K stream, it would offer 35Mbps of bandwidth and 60fps of refresh rate. At the same time, it would consume up to 4.5GB/hour for 720p stream, 9GB per hour for 1080p streaming, and 15.75GB per hour for Stadia 4K.

As per the calculation, 15.75GB data consumed per hour for 4K streaming would total 1TB for streaming up to 65 hours. On the other side, it would take 113 hours to consume 1TB at 1080p.

According to your location, a huge part of data plans is subject to your data cap and they are mostly set at 1TB already. So, users would be advised to maintain caution before streaming the games.

Otherwise, gamers will easily run out of their current data cap plan by their ISPs. Since the launch is just around the corner, Google has to say something more regarding this.

It will release Google Stadia with a subscription plan of $10 per month as Founder’s Edition, including 4K streaming access, important hardware, and a cool blue controller.

You can also opt for a Stadia Base plan which limits streaming to 1080p and won’t need a subscription. Some of the free games like Baldur’s Gate 3 and Destiny 2 will arrive with the game streaming service.

Google is yet to reveal other facets. Stadia Pro plan would offer free Stadia accounts and support for 5.1 surround sound, which will arrive next year. Currently, there are 25 games to be available for streaming.

It is not sure what will be the cost of these games and how many will arrive with the launch. In Founder’s plan, you will get Stadia Pro for three months worth $129, Stadia Controller and a Chromecast Ultra.

The Terminator is playable in The Mortal Kombat 11