Over the second week of November 2019, the Trump organization’s boycotting of Huawei has gained some traction and direction. This report breaks down for you, how the story has unfurled. 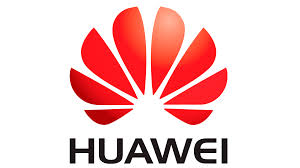 The United States and China are in a gigantic exchange and trade war.

Their governments are trying to settle some critical disputes. Imposed restrictions on Huawei have been the most noteworthy one. The ban became effective in May 2019, and a 3-month extension was granted to Huawei by the Trump government. It expired on November 15, 2019.

National security concerns have been an ongoing theme in the more significant part of Huawei’s history.

Fast forward to 2018: Verizon, a prominent mobile carrier in the US, stopped using Huawei phones. Huawei, by the time, started rolling out Android phones throughout the world, including the US.

The final quarter of 2018 and 2019 saw major allegations against Huawei, which would later result in the Trump government ban. Now, there is some relief news with them granting a 6-month extension to the company’s trade licenses with US firms.

This extension is preceded by another 3-month period that expired on November 15, 2019.

Ren Zhengfei established Huawei in 1987. He began Huawei after his military profession abruptly ended due to downsizing. Huawei’s initial breakthrough was rife with controversy.

The global technology community alleged Huawei of stealing intellectual property and reverse engineering it to release in the People’s Republic of China.

Huawei’s Journey so far Has Been Rife with Allegations

Before China joined the WTO in 2001, Huawei came under the watch list by the Indian government for allegedly providing terrorist organizations with IT equipment.

Things cooled down when Huawei denied the allegations, and there was no concrete proof to substantiate the claims.

However, in 2003, a US telecommunication giant, CISCO, came up with a claim accusing Huawei of stealing their codes for internet routers.

Huawei, after many tribulations, agreed to the claim and later, reached the settlement deal with CISCO.

In 2008, the US government blocked Huawei’s purchase deal of a US technology company, 3COM, citing security reasons. Furthermore, till 2018, Huawei came under the radar by another two companies.

In 2010, another US technology giant, Motorola, accused and later sued Huawei for illegal company surveillance. This lawsuit was finally settled a year later. Huawei kept on following a tumultuous journey.

Huawei constructed a humungous research center in the United States in the same year, wanting to venture into the nation and create a prominent mobile carrier network in the US.


However, the Obama government obstructed Huawei’s offer to assemble a national remote system for crisis benefits, citing security interests of the nation.

With the current table stacked against the Chinese giant, the 6-month waiver comes as a relief. Huawei partners that have maintained trust since the ban have also shown signs of positivity as resumed trade will give a bullish outlook to Huawei’s falling stock!

Huawei’s Waiver to Get 6-month Extension