If you feel that the battery of your smartphone is discharging quite faster than normal these days, you are not alone and there is a strong reason behind. The main culprit here is WhatsApp updates, especially it’s the latest version which was released quite a week ago.

The instant messaging app owned by Facebook is draining battery life quite faster on android phones. This problem is very serious on OnePlus devices. Furious OnePlus users ended up complaining here and there on OnePlus Forum, Google Play Store, Twitter, and Reddit. 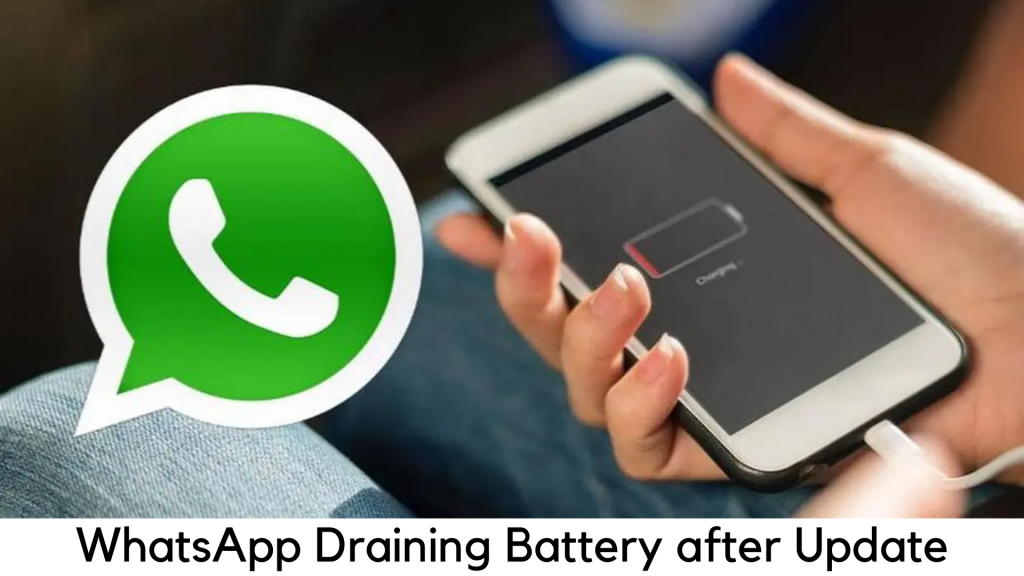 Thousands of users have been complaining about the new WhatsApp updates rolled on, which is responsible for draining the battery on their devices, including the ones using the latest OnePlus 7 Pro, OnePlus 7T and OnePlus 7T Pro smartphones, on the OnePlus forums.

A user complained about his KiltedTraveler handle on Reddit, “I am using OnePlus 7T and me was wondering how it is draining really faster than normal. I have used it for just 5 minutes and it took 16% battery.” Another user with a rektalTushe handles on Reddit who is a OnePlus 5 user complained, “The latest version 2.19.308 of WhatsApp has been draining its battery so aggressively. I have seen up to 33% of battery usage on the stats by WhatsApp only.” 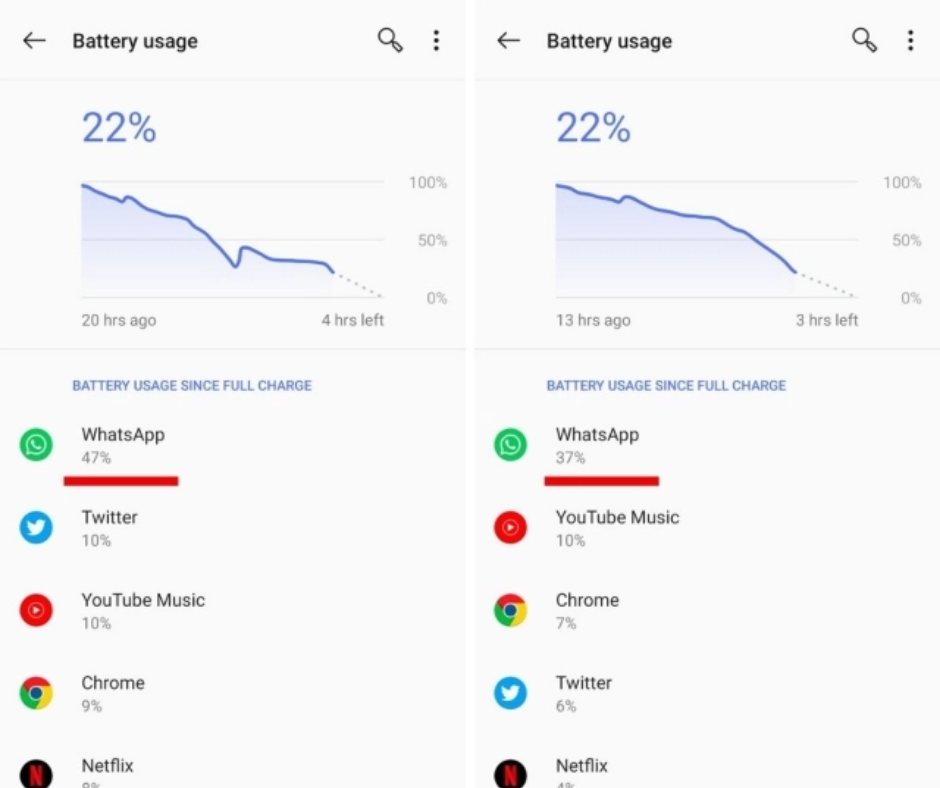 Hence, it is true that the latest update is reportedly draining the battery of some Android devices at a very aggressive speed. According to the reports on social media and WhatsApp forums, OnePlus users seem to be suffering a lot.

According to a user who complained on Google Play Store, he couldn’t send videos and photos nor be able to download the media since the last update.

The screen keeps showing that the file doesn’t exist on his device and the battery drainage issue has been grown suddenly. He also told me that he always needs to carry a power bank when going out to ensure that the phone doesn’t discharge on the way.

Some users have also shared screenshots on Twitter related to WhatsApp using their device’s battery. Some also claimed that only half an hour’s usage of this app took 30% of battery life.

A OnePlus 5T user complained, “WhatsApp is eating my battery life like anything and it seriously freaks me out when I check my battery stats.” WhatsApp is yet to acknowledge that issue and it is still not clear how many people have been affected yet.

The issue is not supposed to be wide and seems to affect only OnePlus. Even iPhones and other Apple products are not affected yet. But OnePlus devices are not the only Android phones which are suffering this issue.

One person complained that WhatsApp has been draining the battery aggressively. He wrote, “There have been 33% of battery usage on the stats by WhatsApp.”

On the other side, WhatsApp declined to say anything about this comment. When the problem will be fixed is still not clear.