Age of Empires: Definitive Edition is truly a groundbreaking strategy game continuing the legacy of its iconic predecessor Age of Empires as a renewed focus of Microsoft. It is a remastered version of its prequel and an opportunity to relive some of the most vital battles between the Iron Age and Stone Age. You can witness the base game with multiplayer support and some Rise of Rome expansion in the Definitive Edition. And the best part – it is exclusive in Windows Store. 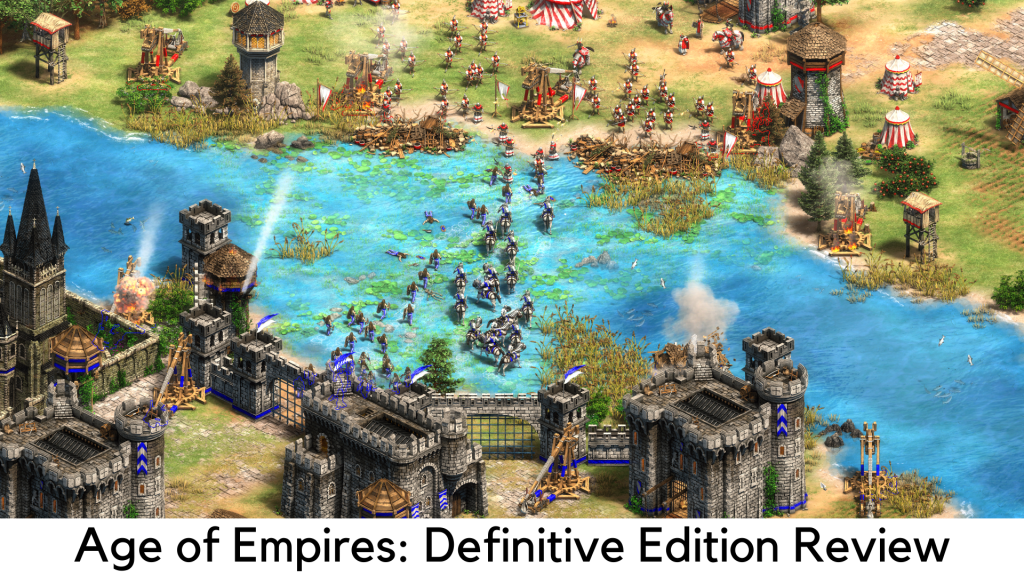 For all those nostalgic fans like you, Age of Empires: Definitive Edition has almost everything you can imagine. Along with all the original campaigns, which have been renewed with some remastered visuals and sound effects, the game comes with online and local multiplayer support with 8 players to the maximum. You can also create battles on your own in scenario builder mode. Most of the game seems to be true to the original and developers have tried hard to do that.

The single-player campaigns have been set in ancient history and a lot of scenarios are set beautifully around 2000 years ago. You can relive some battles of Julius Caesar, go to early Japanese history to fight the battles, and even enter the conquests of Alexander the Great, as campaigns are beautifully set in the backdrop of Africa, Asia, and Europe.


Even when you turn into a lower difficulty, the campaigns are still challenging as you will face the scenario where you can have only a few units at the beginning most of the time. It is purposely done to teach you how some empires were forged and this game successfully does that. You will really love it when you get back to your favorite campaigns, including the Yamato Empire from the Rising Sun, Glory of the Geeks, and The First Punic War.

The game of Age of Empires: Definitive Edition has been designed to recreate everything great from the original and to evoke the feeling of nostalgia. This game is almost perfect in everything. Since the initial Age of Empires entered the arena, the RTS genre has come a long way.

The soundtrack and visuals are unmatched in the Age of Empires: Definitive Edition. You will feel how developers worked hard to make the buildings and units look stunning. When buildings are being destroyed, the animation they have worked on is commendable. You wouldn’t stop embracing the detail in every civilization.

Sadly, the water and terrain don’t look that great. But when we look closely, it seems to be more of a purposeful decision of the designers than a loophole. One of the major highlights is its soundtrack which blends in with the campaigns’ themes very well.

Despite all the perfections, we still noticed some bugs, especially when it comes to moving units from one place to another. The units often get stuck and circle around before joining the army. A transport ship was once stuck around the dock and couldn’t move even when there is nothing to block the path and water is all around the ship. You can also create several units in various buildings to go off-limits in population when it comes to reaching the limit.

Despite some minor issues, we still loved the Age of Empires: Definitive Edition the most. There are some things missing in the sequel though. For example, there are no battle formations. Hence, your armies seem to be like a gang of thugs instead of a team of self-motivated veterans. There is also a missing pitch in storytelling. The same voice tells a paragraph of the story when starting and finishing the battle. It is not enough to encourage everyone to get into the campaign.


Even when you successfully trigger some of the vital events in the game, there is still a lack of voiceovers. For example, you can notice a team of Phalanx units standing in a far corner in the last battle of the First Punic War. The scene would be much better if there was a voiceover explaining why they were going to join the Carthaginian army. This is the reason why we were unable to connect to the Age of Empires: Definitive Edition campaigns.

In this section, the story doesn’t matter but we were expecting that type of experience in the Age of Empires: Definitive Edition. Nevertheless, developers have cleared their stand as they wanted to stick to the last game as far as possible. Such improvements may not be suitable for their agenda.

When it comes to multiplayer, there is no change in our experience with what we noticed in a closed beta version. We found most of the servers from the US and Europe. Hence, there were some glitches on the gameplay with our internet connection. Once the game becomes available worldwide, it could be improved well. It is still a center of concern for now. Our experience was fun overall with local play during the closed beta.

All in all, the Age of Empires: Definitive Edition has successfully achieved its goal – giving a completely remastered game to its fans which gives proper justice to its original. But we still feel the missing part of storytelling could make the game even better. The game is extremely awesome, enjoyable, and super easy to play for hours. If you are a die-hard fan of Age of Empires, you must give this game a try. However, newcomers might have mixed opinions with the Age of Empires: Definitive Edition.

Age of Empires: Definitive Edition is a great work by the developers as it takes us back in time. Honestly speaking, we have enjoyed playing it far enough. Especially if you are a big fan of history, you will love witnessing the Early Japanese, Romans, and Greeks history. The Ancient Greeks are literally a hook for many players. Age of Empires: Definitive Edition is now available for US$20 in Windows Store.

Are Huawei Phone Android Systems Still Safe To Use?