The Galaxy S10 is a novel-looking 10th-anniversary launch from Samsung in its S series. It is very much similar to the other versions – S10+ and S10e from the same series. Samsung, with this release, has taken into the already in trend punch-hole display that was initially brought about by Honor. Here is the complete Samsung Galaxy S10 Review. 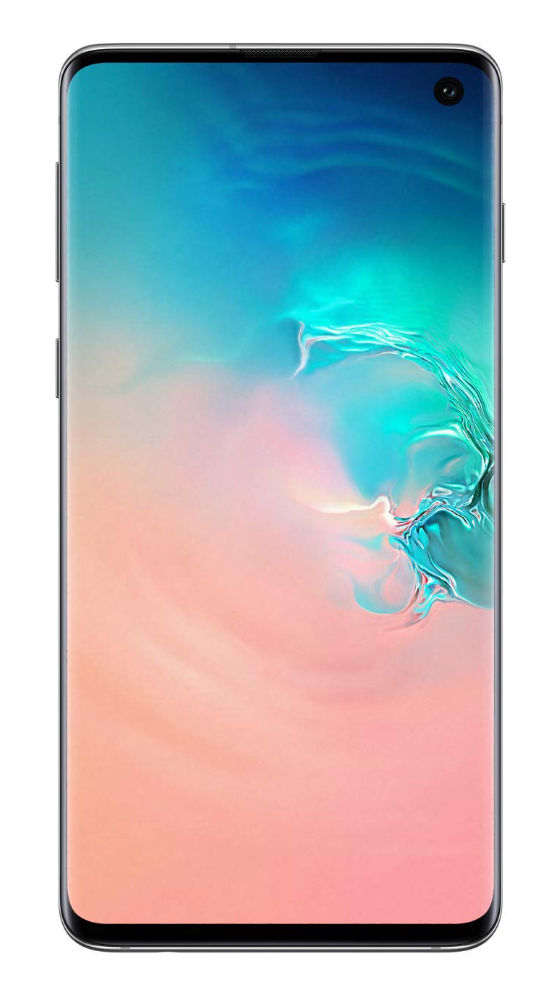 The in-screen fingerprint sensor is a further adaption from phones from OnePlus, Huawei, and Vivo.

The Samsung S10 has a 93.1 % screen-to-body ratio maximizing the display area of the phone.

With a glass construction on both the front and rear, it is no different than the previous release in the same series, S9. The front face uses a Corning’s Gorilla Glass 6 while using Gorilla Glass 5 on the rear side. 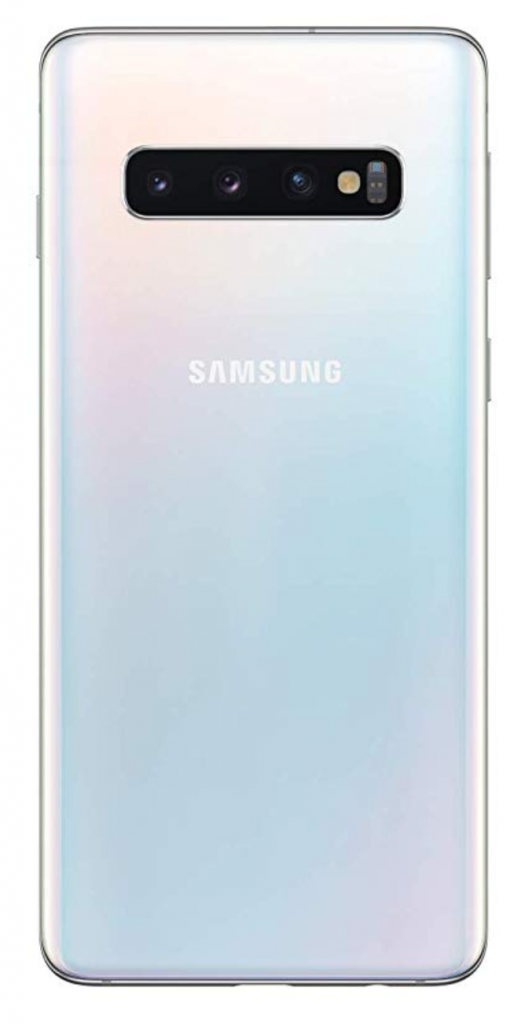 An aluminum frame is sandwiched right between the glasses for a sturdy and rigid built. The smooth curves on the sides of the phone, does not for once make it oily on the hands instead offers a good grip against a slide.

While the size and built of the phone is comfortable for one-hand browsing or typing, the punch-hole camera sits comfortably in the top right of the notification bar.

The rear end of the phone is clean as compared to the ones trending in the market having rear-fingerprint sensors. It houses a triple-lens camera range with literally the smallest camera bumps in the back.

Display and Audio are the main things to notice while we do the Samsung Galaxy S10 review. With curved edges that spill pixels over the sides, the Samsung S10 display delivers a crisp output that has been crowned ‘the most color-accurate smartphone display ever’ by DisplayMate.

The 6.1-inch Super AMOLED screen has amped up its features with better outdoor visibility with superior contrast and color while maintaining an industry-standard aspect ratio of 19:9.

The QHD+ resolution of the phone has a pixel density of 550 pixels per inch, which assures the user a highly detailed view. It offers a naturally vibrant display that is utterly bright and colorful for playing HDR10+ enabled videos.

The S10 also offers to switch between resolution options for better conservation of battery.

The phone has single side speakers for a stereo effect that is loud enough for both calls and music. It supports Dolby Atmos for both speaker and headphones. The Qualcomm Snapdragon 855 or Samsung Exynos 9820 chipset with eight cores in three clusters is built on an 8-nanometre process. The S10 has an 8GB LPDDR4x RAM with a choice in the internal storage between 128 or 512 GB.

It also offers additional storage up to 512 GB. Owing to the high-end processor, cycling between different heavy apps is smooth and without delay. The S10 uses Samsung’s new One UI version of Android 9 Pie as its operating system.

Gaming on S10 is built for incredible performance as you can comfortably download heavy gaming applications like Asphalt 9 and PUBG Mobile when the phone performs without glitch or stutter even while switching the games at worst.

Packed with triple-lens in the rear and one front-facing camera, the phone scores high in this section. The three-lens set up in the back includes a 12-megapixel telephoto camera that has optical image stabilization and phase-detection autofocus. The 12-megapixel wide-angle camera is the second or primary camera that offers a dual aperture with a field of view.

The third 16-megapixel ultra-wide camera comes with fixed focus and no optical image stabilization while the front camera is a single 10 megapixel, which is one less than that in the s10+.

The advanced camera settings of the S10 now have ten new categories in the scene optimizer. The Samsung camera AI can now differentiate between cats and dogs, which further fine-tune the white balance in the pictures. Also, the shot suggestion feature nudges you to frame or level your subjects better using the neutral processor engine.

The excellent camera feature of the phone offers crisp photos that are rich in color and sharpness while an automatic setting for noise reduction in low light pictures. The ultra-wide camera has a 123-degree field of view, making it a very versatile one. The camera also offers live filter options like live focus or color print filters.

With a much smaller unit than the other phones in the series, the Samsung S10 has a 3400mAH battery, which is still an upgrade from the S9 with a 3000mAH battery. 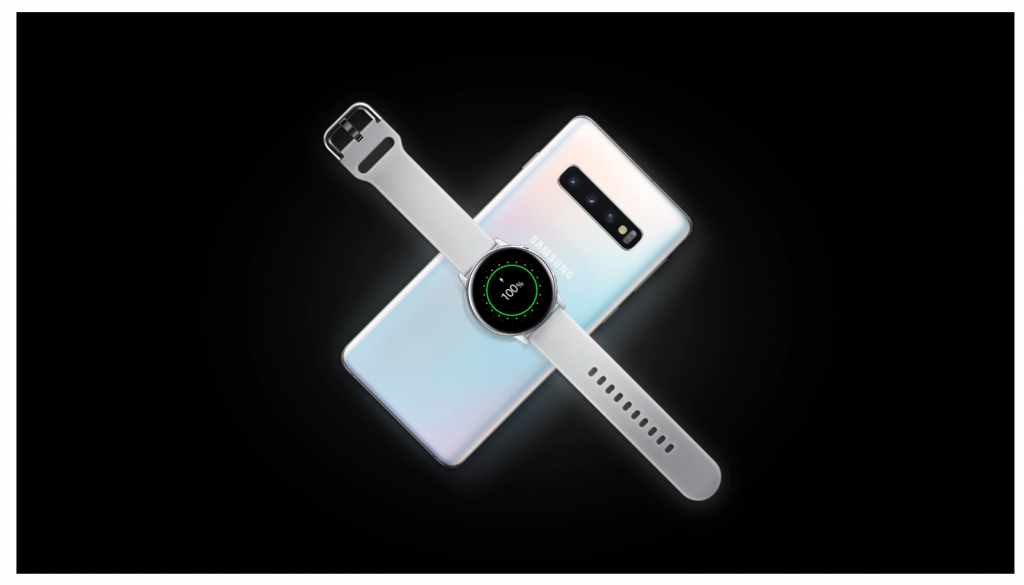 As Samsung promises, the battery has an all-day life, which takes up to 90 minutes to fully charge the device.

All devices that support Qi wireless charging standard can be easily changed just by placing it on the rear of S10. In times of desperate need for a charge, this can prove to be helpful, although the charging speed remains slow.

This time Samsung adds, a dash of newness to the existing traditional fingerprint scanners and device unlock methods. The S10 comes with a brand new ultrasonic in-screen fingerprint scanner that reads the ridges through the display. 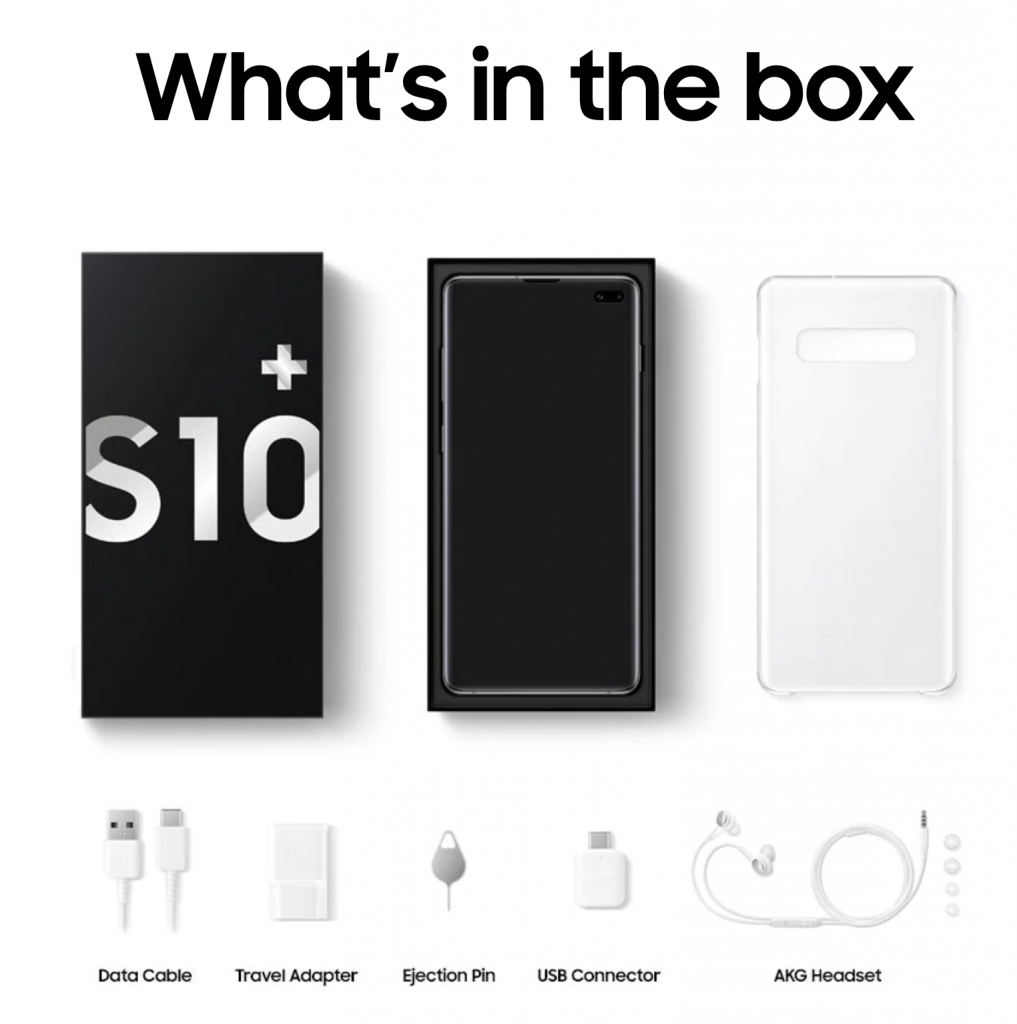 The “face unlock mechanism,” though still needs some reasonable effort on it, works pretty efficiently and quickly. While it is fundamental that you try this in a well-lit room as it uses a 2-D representation of your face, the mechanism still looks far less secure than the traditional or fingerprint unlock method.

All in all, the Samsung S10 scores high on performance, camera, and design while it could do some more on the security features for this hefty priced possession.