The gaming industry’s biggie Sony has marked an excellent success score by jumping in Virtual Reality games. PlayStation Virtual Reality (PSVR) games are creating a revolution in the VR market. With exceptional high-quality hardware and graphics, Sony is on the way to become a benchmark for VR future games. 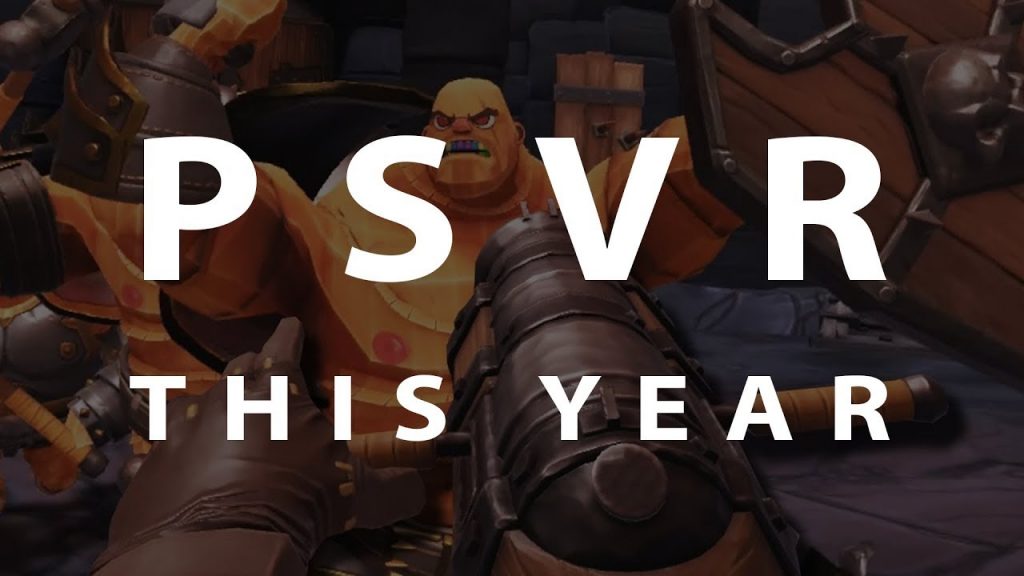 Recently, at CES 2020, Sony confirmed a sale of more than 5 million VR headsets already. However, unlike other VR platforms like Rift or HTC Vive, it cannot be played on PC without PSVR headset. It specifically needs a PlayStation 4 console.

There’s a massive scroll of VR games that released in the last few years. Although all were not compatible with PSVR, Sony has reconfigured the best one. Apart from this, Sony PSVR has sufficient games to keep you busy all the time on VR. At least, until they develop more and more.

Let us look at the best PSVR games that you can enjoy in 2020.

Resident Evil 7 is one of its kind and an exclusive PSVR Zombie game. It is the most exciting and engaging game. Especially for those who like it to be fresh, warm as well as blood-thirsty and horrific survival. This blend is a perfect definition for RS 7. PlayStation website claims it as “an ambitious new approach that plunges you neck-deep into the nightmare.”

It has dark mode gameplay with a third-person viewpoint. Its previous versions without VR are available on other consoles and PC as well.

In the game, you will control Ethan Winters, whose wife is missing for the last three years. Your task is to find her. You’ll be facing a hell of challenges, weird yet dangerous enemies, and a haunted, deserted location. You’ll definitely jump out of sofas by its scariness.

Everyone dreams of traveling to space, isn’t it? With an award of Best PlayStation VR experience in 2019 (with Beyond update) by fan’s choice. No Man’s Sky VR is an extension from PS 4 and compatible with PS VR now. This game makes you a traveler in virtual reality in space. That’s everyone’s childhood dream.

You’ll travel among stars, galaxies, the universe in a starship, but with disease amnesia. During your travel in space, you’ll meet aliens who act to be friends. Also, some as enemies who protect their zones. There’s a big plot to engage you in a game all the time.

No Man’s sky has three updates released to date – Next, Beyond and Synthesis.

Who doesn’t know Tetris? Blocks used to drop from the top, and we used to try to arrange them in perfect shape. Now you remember? So, you can play Tetris Effect in VR now. Those who want classic VR games with simple tasks with VR effects, Tetris is for you.

Each level is unique in the Tetris Effect. When you’re playing underwater, you’ll observe water flowing, underwater vibrations, breezing noises, and aquatic movements. Similarly, there are numerous levels and experiences in VR that won’t let you come out of the game.

Avenger as well as VR fan? Iron Man wants to ride on and in the sky with you in VR. Jump in PSVR and become the Iron Man and fulfill your Avenger’s dream. By the use of 2 PlayStation’s move motion controllers, you can skyrocket yourself, just like Tony Stark in movies.

In PS VR, you’ll also get controls to modify the high-tech and super illuminating Stark’s garage. It will release on 15.05.2020. Furthermore, gamers will have the choice of either Standard or Digital Deluxe game. Do check out their webpage for features.

Shooter’s standalone game of Virtual Reality “Sniper Elite VR” is a creation of Rebellion. It came to PSVR in November 2019. This game will take you in history, back to World War 2 in Italy. There you’ll indulge in extreme fights with Italian battle men to rid Sicily.

The game will be coming up on PlayStation, Oculus Rift, Viveport and SteamVR. There will be Aim and move controllers on PSVR Games.

It is a combination of Mario Kart with Jet Set Away. Your race will be on sci-fi roller blades against other players. But, here’s the trick. You’ll not have just buttons or controls. You’ll have to move in real to make a move in the game. This game will surely be cardio with lots of sweating.

It is a decent but intelligent game. Statik won’t just take you in VR, but your mind has to hustle a lot. It isn’t like shooting, racing, or zombie game. But a real yet virtual mind game. At each level, whenever you wake up, some Doohickey contraptions will trap your hands. There is no standard control style and buttons will behave differently every time you use them. There will be clues for you to understand when-to-do-what. You’ll have to solve the hints and escape.

The best part of this game is what it does with your real hands. You’ll find yourself more than 100% in virtual reality in this game. You’ll forget that game has trapped your hands in VR only but can work in real. Fishy, right? You’ll understand when you play.

These are just a few biggies of PS VR. There are hundreds of games that can take you to another world, dimension, dreams, and many more spaces. Play more, know more, and update us too in the comments below. Happy playing!

Has Someone Stolen Your Identity from your Android Device?

How to Use the Houseparty App on Android