The most awaited Huawei Nova 6 was scheduled to come on December 5 and has been listed on an online retailer operated by Huawei, Vmall.com. It will be available in two variants – 8GB/128GB and 8GB/256GB and in four colors. 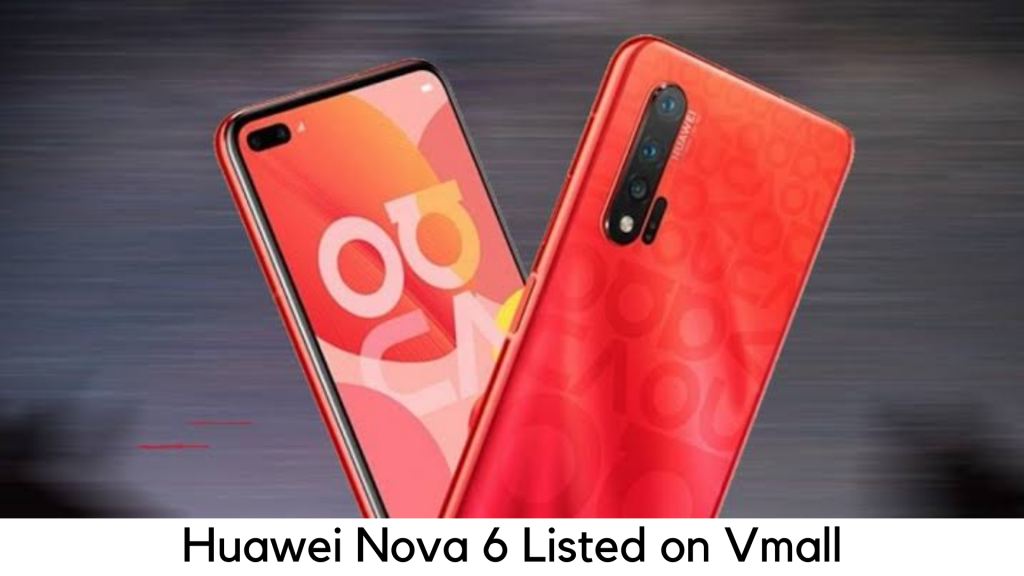 The device will arrive in both 4G and 5G variants. But 4G variant will be available only in 128GB option and in Blue, Black, and Blue-Purple shades, according to the listing.

On the other side, the 5G variant will be available in both 128GB and 256GB storage models and it will also come in Red color option. 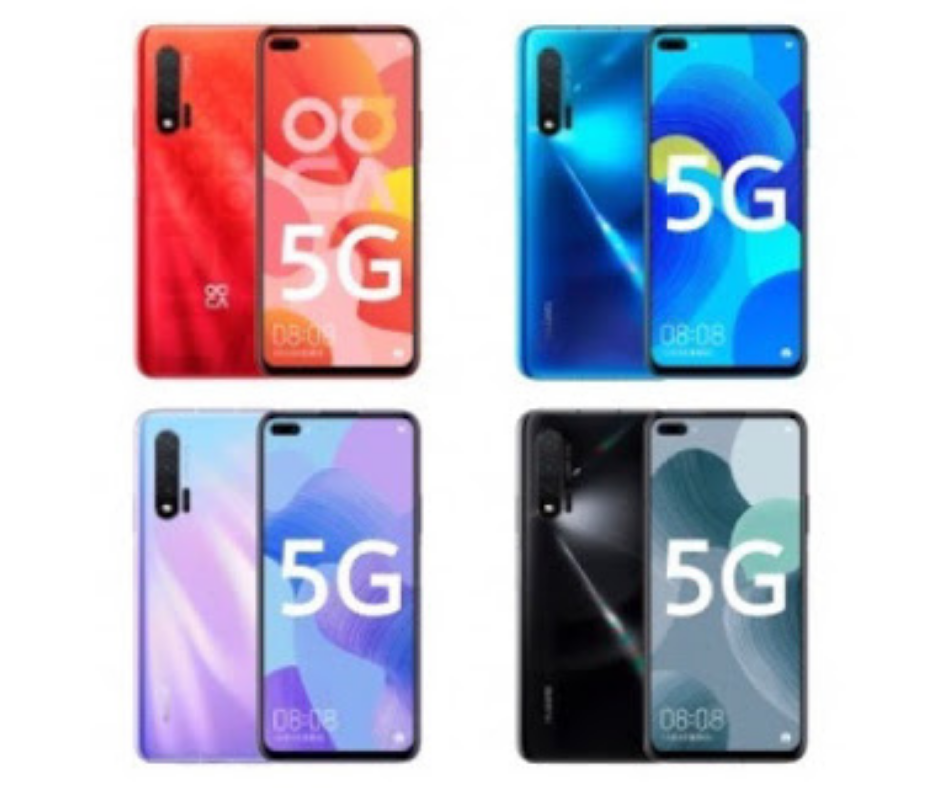 There is no proper spec sheet revealed on the listing of Huawei Nova 6 but the renders also reveal that the device will come with 3.5mm jack above and power button (with fingerprint scanner) and volume rocker on the right side.

In addition, the new images also reveal some texts on the back panel which read “AI Camera/OIS” next to the cameras. It hints the rear quad camera setup will include an AI-powered camera and a telephoto zoom lens with OIS stabilization.

We are still waiting for the official full specs sheet of Nova 6. But, it is confirmed that the device will arrive with a 32MP selfie camera along with an 8MP ultrawide angle lens. Nova 6 has passed Geekbunch a few days ago and revealed major specs like Kirin 990 SoC, Android 10 and 8GB RAM.

Along with the 4G variant, the Huawei Nova 6 5G is also scheduled to launch on December 5 in China and the phone has been listed on the online retailer by Huawei ahead of its launch, VMall.com. The phone is listed in 2 memory variants and four colors – 8GB/128GB and 8GB/256GB. The device is all set to come with an IPS LCD 6.57-inch display just like Honor V30. 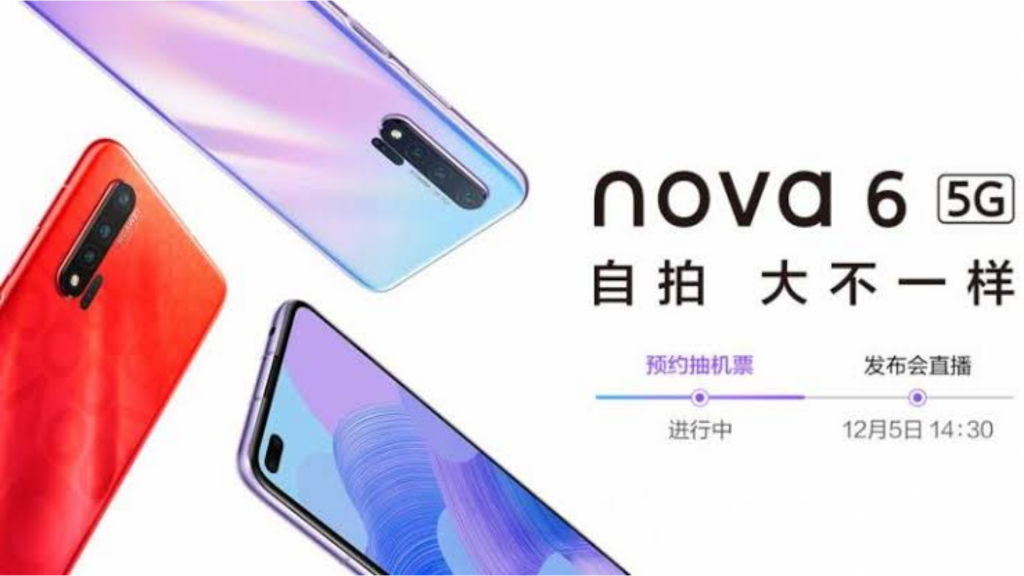 The Nova 6 5G variant may also sport a dual punch-hole display at the front with a selfie camera setup on the top left corner. Including the chin and the top, bezels seem thin on all edges.

The Huawei Nova 6 5G is may also come with the quad rear camera module and 60MP snapper. The device will get a Sony IMX686 sensor, with a pair of 2MP cameras on the back and 16MP snapper.

There will be 32MP main camera on the front for selfies along with 12MP wide-angle lens. The most awaited Huawei device will reportedly come with 4000mAh battery. Also, it will have support for fast charging tech of 40W Magic Charge.

A recent Geekbunch listing of Huawei Nova 6 5G has also revealed that the device will be powered by HiSilicon Kirin Octa-core chipset. The device was spotted getting all the powers from HiSilicon Kirin 1.86GHz octa-core processor running on the latest Android 10.

The company is also speculating to launch Nova 6 SE device powered by Kirin 810 along with Nova 6 on the same day. The next Huawei device will support 40W Magic Charge tech for fast charging alongside a 4000mAh battery.

The Funniest Things to Ask Alexa

Vivo V17 With Punch Hole Coming On December To India