Smartphone manufacturers in the budget smartphone space constantly refresh older models to include the latest features and also regularly push out unique new models to try and dominate the market.

They need to stay relevant – and launching better devices that boast the latest hardware is the only way to go.

Realme introduced the Realme 5 back in August this year. The entry-level device sold well, however, other manufacturers like Xiaomi and Vivo responded by launching devices like the Note 8 and the U10 respectively.

It is a refresh of the Realme 5 but comes with some significant hardware improvements in the camera department.

The 5s is also available in a new color – ‘Crystal Red.’

The device is competitively priced; however, comparing it with other equally priced devices will help us learn if it is worth buying.

As mentioned, the Realme 5s comes with a minimum storage capacity of 64GB. A 128GB model is also available; however, the RAM capacity stays the same at 4GB in both variants.

The notch is a common characteristic of smartphones in the current market. However, phones like the Redmi Note 8 feature a Full HD screen at about the same price.

The screen is enforced by Gorilla Glass 3, making it significantly more durable.

It comes with a Snapdragon 655 processor, which is typical of a phone at this price. Both the Vivo U10 and the Redmi Note 8 have the same chipset. 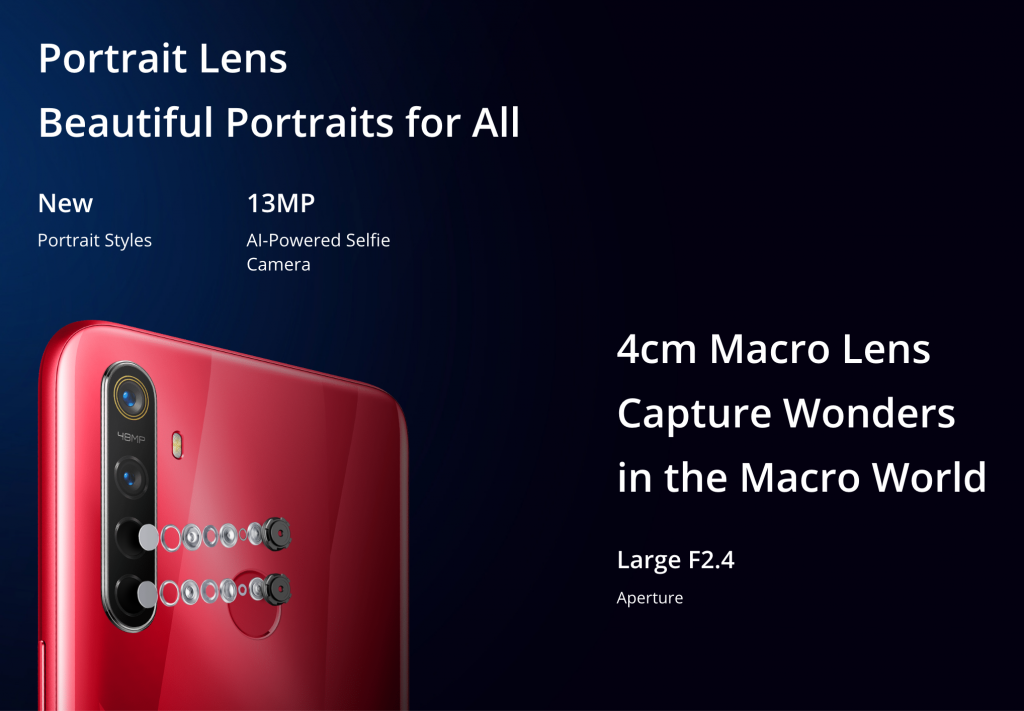 The chipset is robust and supplies the user with enough power to play demanding games at low settings.

Multitasking on the 5s feels excellent, and slowdowns and lags are a rare occurrence.

The phone houses a high-capacity 5000mAh battery that will last the average user two days on a single charge.

The cameras are where the Realme 5s shines. The phone boasts a quad-camera setup, which is a huge selling point considering the price.


The 48MP+8MP+2MP+2MP cameras do a great job of capturing stunning shots even in low light conditions.

It is the best camera setup offered at this price. The device completely blows most competitors out of the water when it comes to supplying a value for money.

The phone is big – one of the biggest in the budget smartphone space. The large size, coupled with the larger battery, the fantastic software based on the latest iteration of Android, and the excellent cameras make it a great buy.

Although the Redmi Note 8 offers identical features, the 5s is better priced and has a larger blueprint.

The Realme 5s is perfect for anyone looking for a bang for the buck device.