Fake news and rumors are supposed to spread faster than a fact. When it comes to Twitter, things spread at double speed. Bad-faith bots and bad human decisions go hand in hand in this micro-blogging platform to amplify false messages across the world. So, what to do when it comes to controlling social media? The reason why twitter wants tour feedback on its deepfake policy plans 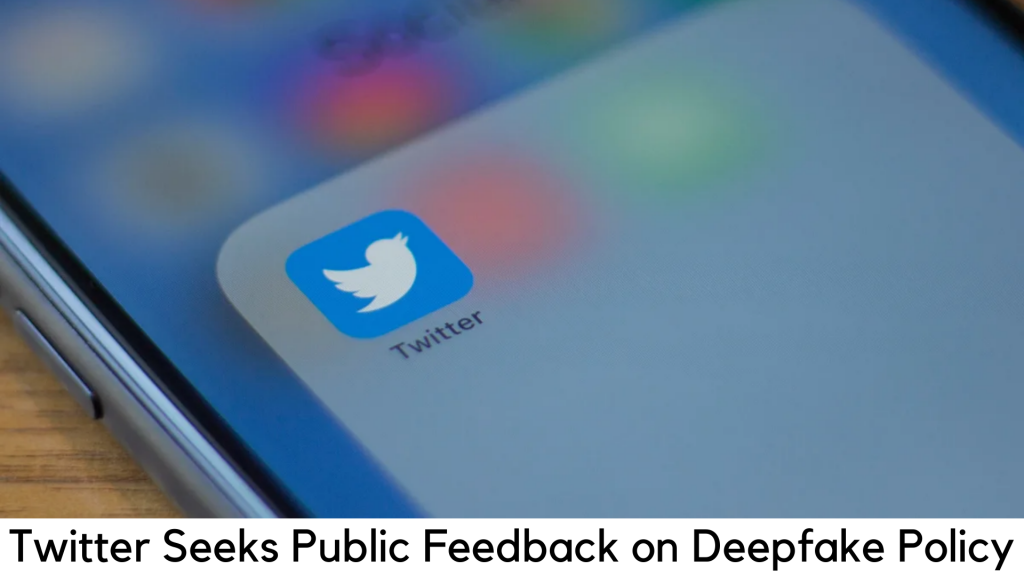 Well, this question is not uncommon. Twitter is also trying hard to create a policy to handle manipulated and synthetic media, according to the company which added the same on a blog post and it needs your suggestions.

Del Harvey, Twitter Trust and Safety VP added, “We are expecting to define any manipulated and synthetic media as any audio or video clip or photo which has been fabricated or altered highly in a way which seems to misguide people or changes its previous purpose.”

Considering the presidential election in the US running in November 2020, there has been a peer pressure on social media platforms. The are advising to deal with the threat of misleading items like deepfakes (in which AI is used to create videos, which seem too real to be true in which a person seems to do or say something they haven’t.)

In a blog post, Twitter has laid out a new proposal saying that it is expecting to put a notice for tweets which are sharing “manipulated or synthetic media” and to warn people before sharing or liking any tweet, or adding links to a story presenting why most sources feel that the particular item is manipulated or fake.

The company further added that it is planning to remove tweets that contain manipulated or misleading media which could cause serious damage or affect physical safety.

Twitter has also defined manipulated and synthetic media as any kind of audio, image or video file which has been “significantly made-up or distorted” in a way to mislead the audience or changes its previous meaning. It could either consist of manually changed “shallow fakes” or “deepfakes”.

Last year, Twitter banned deepfakes intended to intimate media. It has made changes in policy to prohibit videos or images which frame the face of a person onto the nude body of another person.

Though there is no incident of major political events in which a deepfake video could be used in the US, there is still a risk of fake video that can cause turmoil. It happened with a clip of Nancy Pelosi, the House Speaker in May. Her speech felt slurred as it was slowed down manually.

Post Pelosi’s incident, Mark Zuckerberg, Chief Executive of Facebook, was seen in a spoof video in which he seems to say “the one who controls the data, controls the future” on Instagram. The Facebook-owned app Instagram didn’t remove the video.

Adam Schiff, Intelligence Committee Chairman, US House of Representatives, wrote to the CEOs of Google, Facebook, and Twitter, asking for plans to control the threat of deepfake videos and images before 2020 elections. Twitter has initiated its new proposal asking the public to share their feedback with #TwitterPolicyFeedback hashtag before November 27.

Amazon Web Services has also announced to join Microsoft and Facebook in their research with “Deepfake Detection Challenge”.

Twitter announces it will ban all the political ads