Fortnite: Save The World mode has been in a buzz for a reason. It introduces a new area to explore, the Dungeons. In Save the World mode, the Dungeons area is riddled with monsters and traps that players should deal with to win rewards.

Epic Games also introduced new heroes with different advantages to the game as well as a crossover event with Battle Breakers. In addition, players can also equip some mythical weapons in Save the World mode. Keep reading to explore what’s new you can find in Fortnite: Save the World Mode. 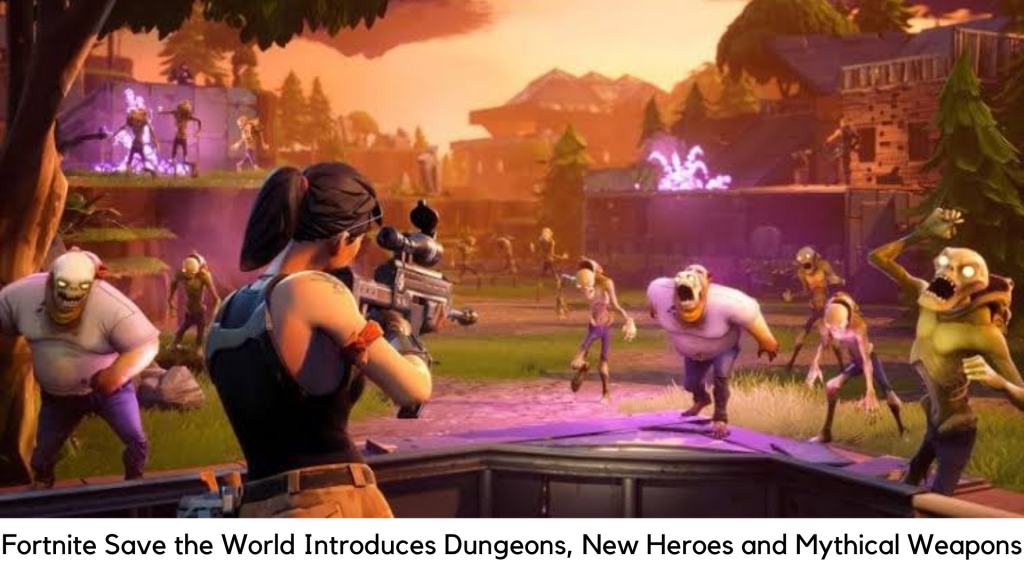 Fortnite Save The World Introduces Dungeons

In a blog post, Epic Games mentioned that the Dungeons area is a profound domain in the Hexylvania region where players will face loads of traps and monsters. However, they will also end up with magical keys, new weapons, and golden coins galore while going through the shady labyrinth. Mermonster Ken and Swamp Knight are two new heroes added to Fortnite’s Save the World Mode.

The standard pack of Swamp Knight boosts 42% of damage dealing and commander perk improves the odds of conjuring Phantasm by 45% while dealing with the damage.

The standard perk of Mermonster Ken improves melee attack damage by 44% and the commander perk improves the odds of tricking Phantasm by 60% when it comes to avoiding heavy melee attacks.

In addition, the crossover between Fortnite and Battle Breakers is live now. Now players can finish quests and win exclusive content while getting a chance to win dagger master of Battle Breaker, Razor. Fortnite’s Save The World mode has also added a few of the mythical weapons. In addition, Fortnite has improved the durability of rocket launchers and the current launchers have been changed to have deadly ammo.

About Fortnite: Save the World

Fortnite: Save the World is a third-person co-op survival shooter game developed by Epic Games. It was initially a paid game for early access in July 2017 for PlayStation 4, Windows, macOS, and Xbox One. Now it is free to play.

Fortnite is based on modern Earth where 98% of the population was vanished due to sudden storms across the world and zombies and other creatures rose to hunt the rest of humanity.

Considered as a crossover between Left 4 Dead and Minecraft by Epic Games, Fortnite is a co-op game played between 4 players on different maps and missions to build forts and collect resources across defensive goals to fight the storm and keep survivors alive and safe.

The players also need to build traps and weapons to engage enemies in combat and to stop waves of creatures trying to destroy the forts. Players can upgrade their heroes and gain rewards by playing such missions, trap schematics, support teams, and gain an arsenal of weapons to complete more challenging missions.

The game includes in-game currency and micro-transactions which can be used for such types of upgrades. Fortnite Battle Royale is the pure Battle Royale game released for the same platforms in 2017.

Nubia Alpha is a Smartphone That You Can Wear On Hand