If you are an individual who usually loves gaming and considers video games to be one of the biggest pleasures which life and technology can afford then there is no way that you would not have heard of Xbox. Xbox is a series of video gaming console models that are developed and released by Microsoft. 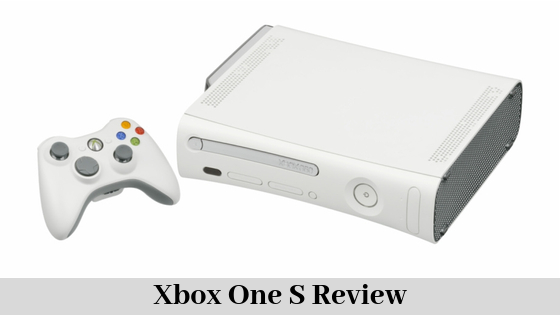 There are literally thousands of options that one can select from if he or she has one of the Xbox gaming consoles. One of the best things about Microsoft when it comes to gaming is that they always tend to revise their gaming consoles and release them with better and more advantageous features.


In addition, what better way to do it than to get a detailed review of Xbox One S? If you agree with us then this is the right article for you as we have listed everything, which you would ever need to know about the Xbox One S in this review mentioned below. The information has been divided into sections to make it easier for you to analyze.

Basic Information About Xbox One S 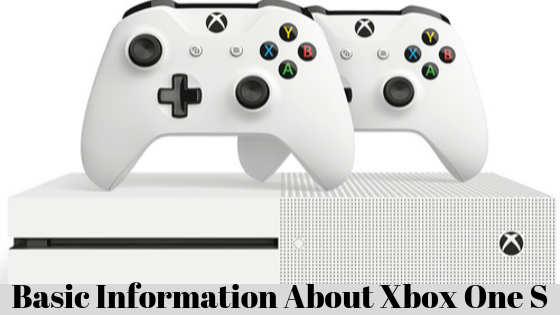 Design, Ports, and Controller of Xbox One S

Xbox One S comes with a power button that is not touch-sensitive. This means that even if you are cleaning your gaming console then it won’t just turn on and off on its own. The USB port is also present at the front of the model rather than on its sides which makes it easier to connect the controller to charge it. 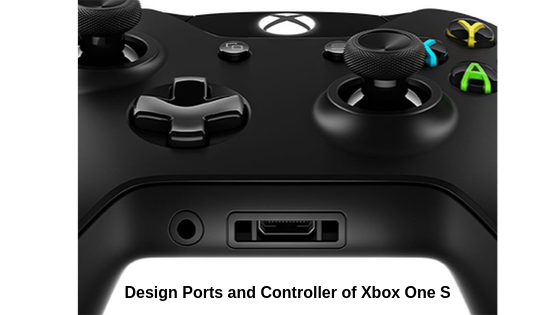 The controller also supports Bluetooth, which makes it incredibly easy to connect it with a laptop or PC. This is in tune with the Xbox Play Anywhere initiative, which means that you can play your favorite games whenever and wherever you want to. There is also a subtle textured grip on the controller, which makes it easier and more comfortable to hold. There is no difference when it comes to the ports, which are present at the back of the console.

Noise and Power Consumption in Xbox One S

When you start using, the console there is a certain sound that you can definitely hear in the background. However, this sound tends to go away once you start playing your game. This sound is between 44dB and 47dB, which is almost similar to what the Xbox One was producing. 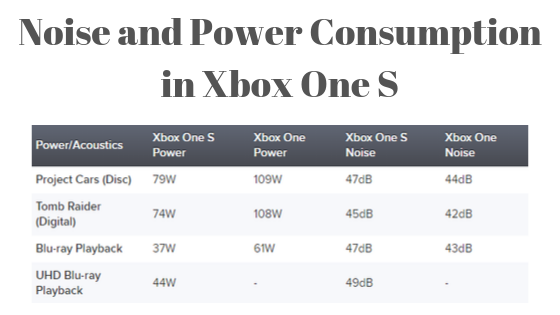 There is a significant improvement in power consumption. This means that this console is slightly less pricey to run over the years as it consumes less power than the earlier models.

The Xbox One S comes with a 4K Blu-ray drive pack, which is also packed with High Dynamic Range (HDR) support. This increases the color gamut exponentially and makes the overall color pallet far wider. This can simply translate to you getting far better, more vibrant, brighter, and better images than ever.

The darker scenes have a smooth shadow gradient and highlighted scenes are less prone to clipping. Nevertheless, to fully take advantage of these features the user will require a 4K television which should also ideally support HDR. Therefore, if you have a 4K TV or if you are planning on buying one then this can be an important consideration.

The HDR functionality in Xbox One S allows it to produce staggering results when it comes to reading details related to every last shred of information. This makes the entire content appear almost to be in three dimensions. This can significantly improve your overall video gaming experience.

Picture Settings of Xbox One S 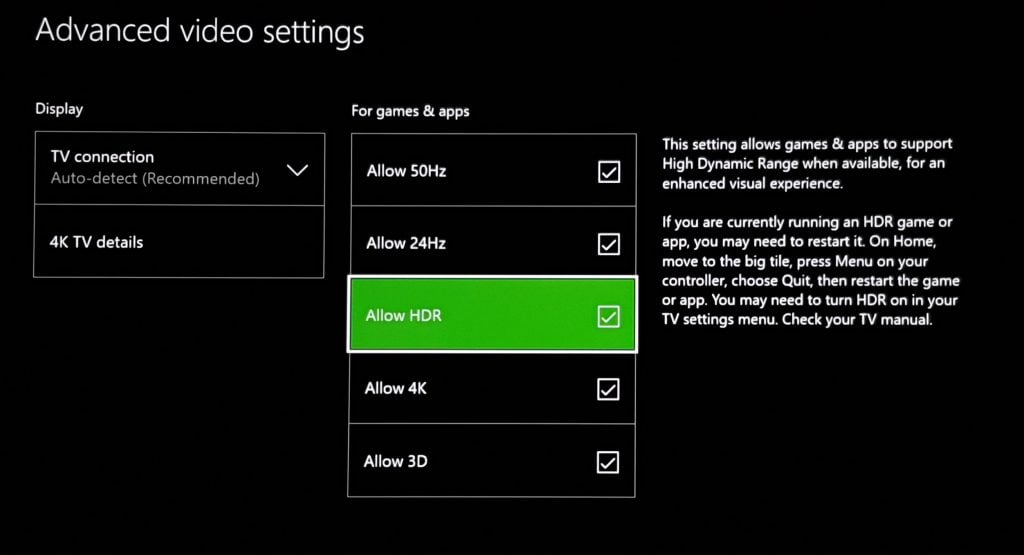 You also get complete access to more advanced features when it comes to the picture settings than just the standard brightness and contrast setting features.

4K Streaming and Applications on Xbox One S

If you are thinking about opting for 4K streaming then Xbox One S would be the natural and very obvious option for you. There is also a wide range of applications that you can download or install on an Xbox One S gaming console. Some of those applications are Netflix, YouTube, Amazon Prime Video, ITV Hub, BBC iPlayer, Now TV, All4, TV from Sky, and Demand 5. This makes your entire entertainment system to be very modern and high-tech which is a big improvement over the standard TV and sound system.

When it comes to the options of playing games on the Xbox One S console then there is a wide range of games that you can play on this video game console. Some of the best gaming titles, which you can try out, are Scalebound, Forza Horizon 3, Sea of Thieves, Gears of War, and Crackdown 3.

There are many people who are often torn between an Xbox and a PS gaming console. However, if you are getting the option of purchasing an Xbox One S then we say that you should go for it! This video gaming console is one of the best options, which are available in the market, and it lets you play thousands of high-quality games from literally anywhere or at any time you want.