Google Pixel 4a has been the most awaited follow-up to its big brother, Google Pixel 4 in 2019. With just 6 months to go for the expected launch of Pixel 4a, we are here with some of the most anticipated features of Google’s next mid-range smartphone. 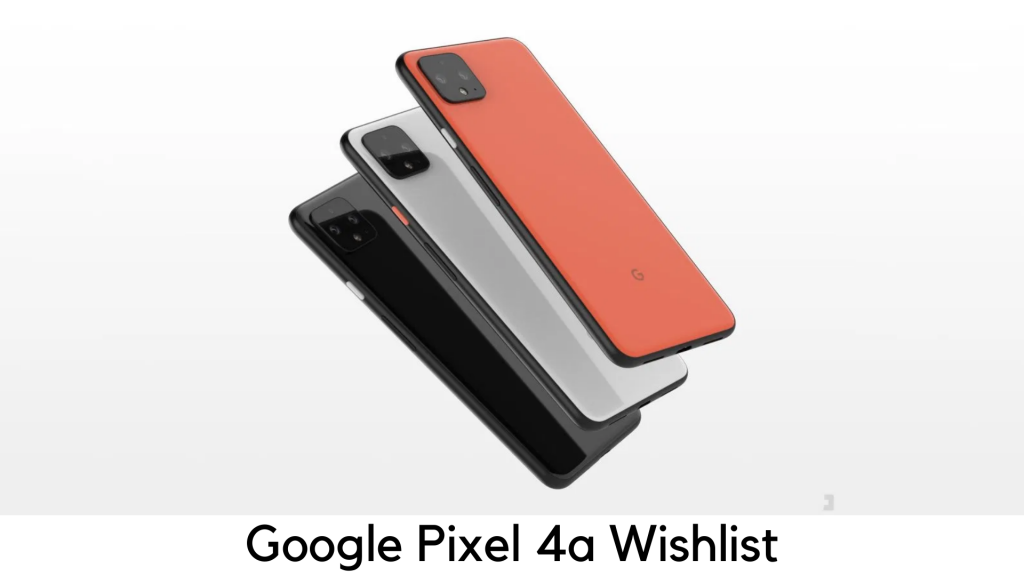 Google Pixel 3a, despite being a mid-ranger, managed to rule the best parts that Pixel 3 proudly owns. Pixel 4a must follow the same expertise of Pixel 4. The Pixel 3a shipped rear high-quality digicam sensor with a similar Google Camera app. The company has managed to provide its mid-range smartphone with iconic Night Sight mode.

The Pixel 4a is certainly not going to feature a telephoto zoom lens which made a debut with Pixel 4, maybe for cost-cutting. There is no other reason that Pixel 4a not coming around the digicam prowess of Pixel 4 by using the same digicam sensor. At last, we expect Google to have at least a nice dual-exposure control.

The Pixel Stand was launched with flagship Pixel 3 and became the signature accessory for Pixel owners. Sadly, Pixel 3a doesn’t come with wireless charging. Hence, it couldn’t enjoy the benefits of Pixel stand’s options like using the device as a deck for Google Photos and its dawn alarm. However, we expect 4a to come with wireless charging and additional functionality of Pixel Stand.

The superior battery life of Pixel 3a truly stood out. It goes even more than one day in some circumstances. By now, everyone knows that how worst the battery life of Pixel 4 is. For over 12 months, we are just asking Google Pixel 4a to continue with the great effort they started with Pixel 3a.

When it comes to issues of Google Pixel 3a, the device didn’t come without the flaws. Users initially started to look closely at Pixel 3a in its lifespan and noticed that the USB-C port and speaker cutouts underside their devices were uneven.

Some people even witnessed a big gap between the display and outer glass. We are hoping that Google would get these manufacturing defects and build the solid quality body of Pixel 4a.

Water-resistance is another major concern behind quality build which Google should consider for Pixel 4a. Seriously, no one expects their mid-range device with IP68 that most flagships have. Nonetheless, if Pixel 4a could come with any kind of water resistance, it would be an enhancement.

When considering the flagship Android devices, external storage is no longer available. Even Samsung is going to ditch this option. But mid-range and budget smartphones still have a memory card slot. With flagship Pixel 4, the Pixel devices don’t have unlimited photo backups which seem to be more important.

Google will definitely offer its Google One plan to save your photographs in authentic and full high quality. But extra or expandable storage on Pixel 4a would be better, especially when it comes to storing your Spotify, Netflix, Disney+ and other content for offline streaming.

WhatsApp will not be accessible to older smartphones next year