Huawei unveiled the P Smart Pro smartphone in December 2019, which comes with a 6.59-inch touchscreen display that has a resolution of 1080×2340 pixels and boasts a pixel density of 391 pixels per inch (PPI). 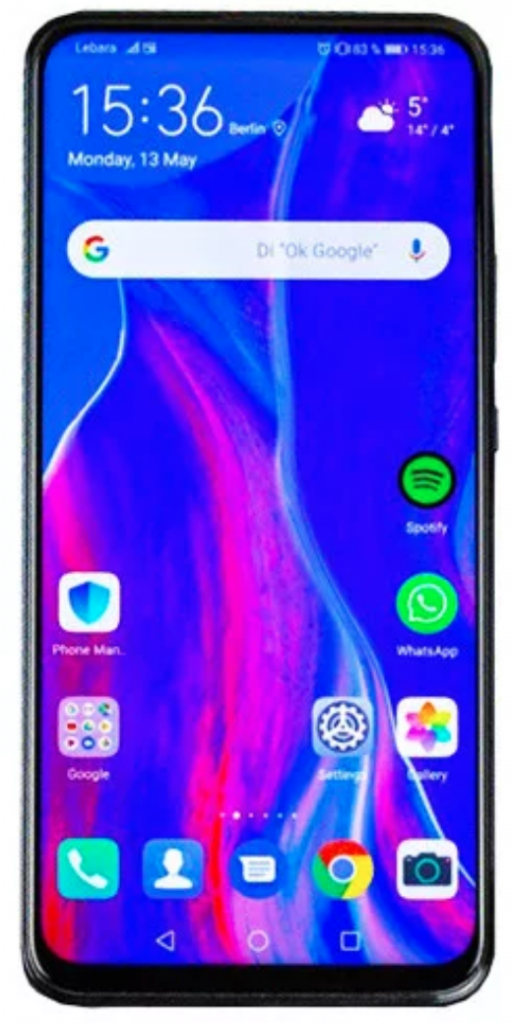 It runs on EMUI 9.1, based on Android 9 (Pie). The phone offers excellent battery life with its massive 4000mAh non-removable battery.

The phone can quick-charge but comes with a measly 10W charger, which is disappointing considering the price of the phone.

This Huawei phone is more than capable of taking some great shots. The Huawei P Smart Pro features a 48-megapixel primary camera with an f/1.8 aperture, a second 8-megapixel camera having f/2.4 aperture, and a third 2-megapixel depth-sensing camera.

The formidable rear camera setup can autofocus almost instantly. The phone has no notch and comes with a pop-up camera setup that boasts a 16-megapixel camera with an f/2.2 aperture.

The Huawei P Smart Pro does not compromise on storage either, available only in a 128GB variant. The inbuilt memory is expandable further by up to an additional 512GB using a microSD card.

It features dual-SIM slots, both of which support Nano-SIM cards.

The phone supports fast wireless connectivity options such as Wi-Fi 802.11 b/g/n/ac, with support for both 2.4GHz and 5Ghz Wi-Fi bands. It also comes with accurate GPS capabilities and the latest Bluetooth v4.20.

Thankfully, Huawei hasn’t rid the phone of the headphone jack and features a USB Type-C port that enables faster saving and transfer of data.

4G and 4G+ are also supported, and the phone boasts super fast internet speeds on Band 40, used my many LTE networks in India.

The phone also comes with many sensors, including the accelerometer, an ambient light sensor, the compass/magnetometer, the gyroscope sensor, a proximity sensor, and a fast fingerprint sensor. The P Smart Pro also supports face unlock.

The phone is readily available in several European countries. Although the phone cannot be dismissed as being a completely new model, since it’s very identical to the Huawei Y9s, its reception has been fair by both critics and customers.

Huawei introduces a 48MP camera setup into a price range that severely needs better cameras. The phone costs around 350 euros.