If you are a game enthusiast then you probably know of google’s latest gaming console termed Google Stadia. Whereas the official console is to be officially rolled out this year the whole beta version of the console itself has already gained more popularity. Most games that are connected to Stadia have been rolled out to smartphones from where they have gained a reasonable amount of good reviews and some fairly bad reviews too. 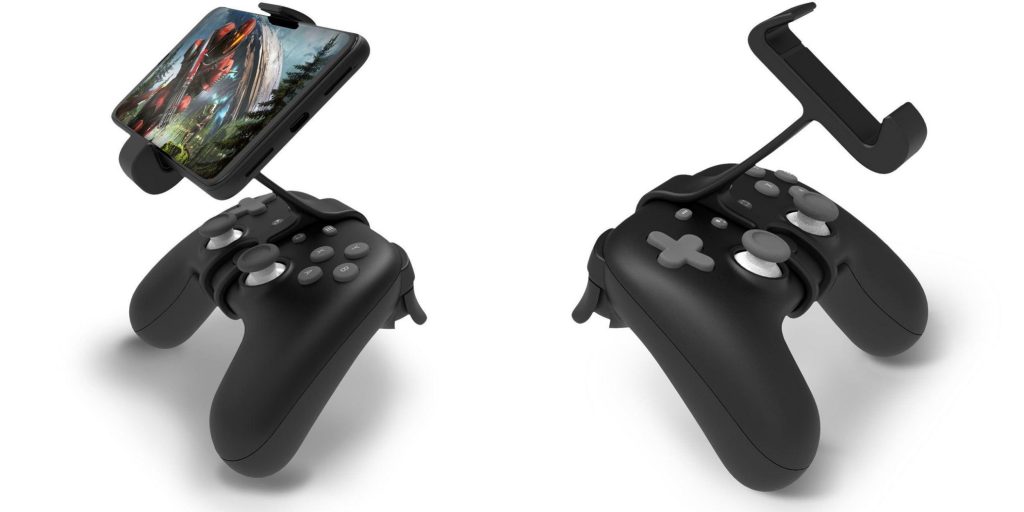 That aside, if you are a fan of Stadia game on mobile then you have probably already noticed how irritating it can be to try and find a suitable posture for your device while playing. Well around late last year, Google announced that the console’s official custom controller Phone mount clip.

It was under development by Power Support. And quite recently the gadget was released and is now available on the Google Store for a warping $15.

The phone mount or claw is built to be well-balanced and is very ergonomic such that it reduces the strain while the player plays Stadia games on the phone.

It is made off of polycarbonate and is black in color. The claw is fitted to hold any Pixel 3, Pixel 3a or Pixel 4 models as these are mainly the phones that are compatible with Stadia as per now.

It was, however, made clear that once stadia rolls off into other compatible devices then the claw should be able to handle any phone with a maximum of 3.19 inches and devices with a minimum height of 2.09 inches.

Previously, the claw was briefly available on Power Support’s official site and a second shipment was made available afterward. However, there is the word that recently the shipment had been sold out and there has been no follow up done by google that could allude towards a resupply.

Though, I’d advise that you be watchful and be ready to pr-order on the next restock in case you would want to acquire The Claw.

Stadia has been rumoured to be the next big deal in gaming. For quite a while now, and despite the common critics, the whole system is admirable. For one, Google hopes to have a console that banks all of its games on the cloud.

Therefore, if a user wants to play any new game all they have to do is access it via the cloud as compared to old methods of using a hard disk or Compact disk to host the games.

They hope that this will help make it easy for players to access their games and even participate in multiplayer and CO-OP matches more efficiently. Since the whole system is banked online then it is easy to access your games and game progress from any of your other devices (as long as they are compatible with Stadia) from anywhere.

We are all eager to see where this new approach will take the world of gaming and if the Stadia console will stand a chance to compete with its Sony and Microsoft counterparts.

Pokémon Go's New Buddy Adventure Feature Rolled Out: All You Need to Know