The most trending thing today in every kid’s talk is TikTok. It provides a framework; kids can play and create video content on it. It gives them a platform to show up their talent in front of the great audience, which otherwise might not be possible. It has actually transformed many lives. 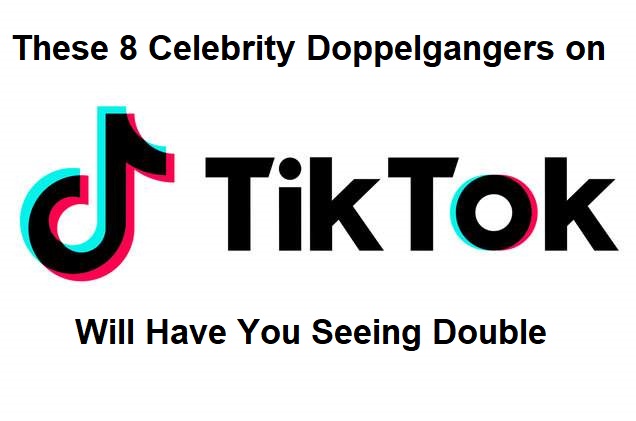 The hot topic nowadays that goes on TikTok is about some celebrity doppelgangers. Some people are gaining a huge fan following due to their resemblance to celebrities. They are among the hot discussions. From Billie Eilish to Camila Cabello and Ariana Grande, their doppelgangers sing their songs on TikTok.

Here is the list of 8 celebrity doppelgangers on TikTok

This almost-a-star looks like Camila Cabello. She isn’t from Havana, but an Australian. She shared a lot of short videos singing Camila’s songs. Her eyes, lips, bone structure, and body coloring is believed to be very similar to the pop star singer- Camila Cabello. She has gained a lot of followers and popularity on TikTok. Some even call her  Shawmila’s offspring.

Dove Cameron, best known for his big blue eyes and long blonde locks, Alyssa has got just that. Viewers generally mistake her for Cameron. She too acts on TikTok, paying tribute to her long lost sister, which Dove did in the scenes from Liv and Maddie.

This TikTok star has the utmost similarity with Ariana Grande. Paige has more than 4 million followers to date. She even replaced Ariana in one of her concerts, even without anyone noticing it. Her winged eyeliner and ponytail give more of Ariana’s looks.

This TikTok star’s pout, nose, and ocean eyes are very similar to the Billie Eilish. She is aware of her looks and recently announced herself to be a blend of Lil Xan, Eilish and Amanda Seyfried. Raiven posts a number of videos, comparing herself with the pop stars. She has gained a lot of popularity doing that.

This TikTok star’s facial looks, hairstyles, and cheekbones look very much like Johnny Depp. He basically transformed his account into Depp’s appreciation Site. He enacts a lot of movie’s famous scenes on TikTok and has gained huge popularity.

A Starbucks barista named Sean: @fridasakaj uploaded a video with her friends. They rolled up the window at Starbucks when a young man pops his head out to give them their drinks. So, there are officially two Harry Styles now.

Now let me tell you about the most surprising doppelganger on TikTok. The TikTok- @maresclop looks so similar to Emma Wattson, that no one! Seriously no one can tell differences among them. They are so same that even Maria enacts some of her scenes from Harry Potter. No one can distinguish between their looks, except by seeing their acting capabilities.

We hope that after reading the article, you are excited to check out all of them out and of course more celebrity doppelgangers.