Xiaomi is a Chinese electronics company and a leading producer of Android mobile phones. The company was found in April 2010 and its headquarters are in Beijing. Xiaomi makes and invests in smartphones and mobiles. The first Xiaomi smartphone got its release in August 2011 in China. It was able to gain market share rapidly so as to become the country’s largest smartphone company in 2014. 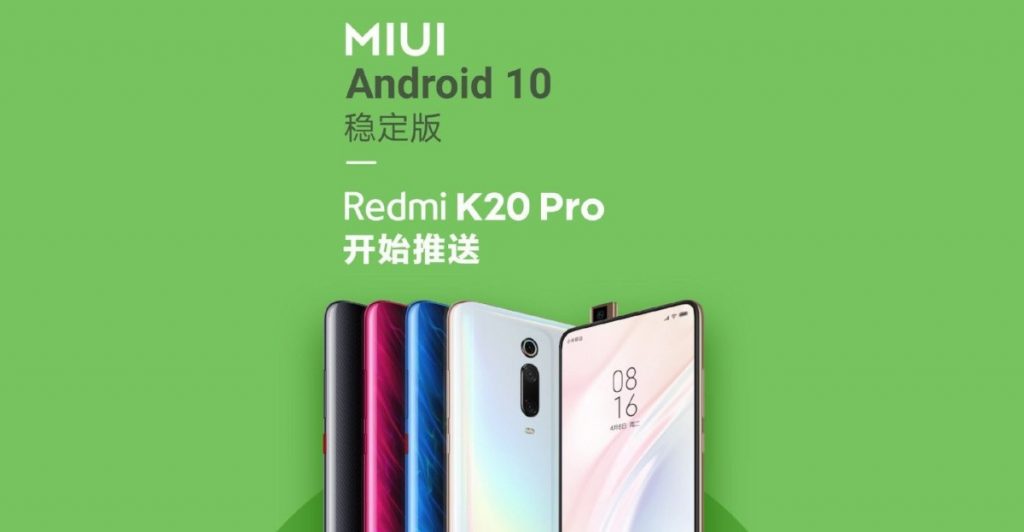 Xiaomi decided to upgrade its mobile phones to Android 10, which did not go as planned for some Mi9T and Redmi K20 mobile phones. People reported that there was a major problem with the battery drain that was affecting their devices. Due to this, Xiaomi took off its update to improve it and fix the bugs. The company now extends the Android 10 release for Mi9T and Redmi K20.

Android 10 is the 17th version of the Android mobile operating system. It is the tenth major release. Its release took place on September 3, 2019. The One plus 7T was the first device with Android 10.

The first beta of Android 10 got its release under the preliminary name ‘Android Q’ by google, on 13th March’2019. A total of six beta or release-candidate versions got their release before the final release took place.

Both the Xiaomi smartphones, Mi9T and Redmi K20 offer the same hardware specs. They have a 6.39-inch screen with a resolution of 2340 X 1080 pixels. Also, they boast a flagship-level Snapdragon 855 processor.

Xiaomi is rolling out Android 10 builds of MIUI 11 to the Mi9T and Redmi K20 in various stages. These Xiaomi handsets are the first to get the latest version of Google’s OS.

The OS upgrade’s arrival was as V11.0.2.0. But Xiaomi got Android 10 for EU and Global handsets with V11.0.4.0. It appears that there were some issues with this update because there were reports that some devices were experiencing an unusual problem of battery drain.

As a result, Xiaomi pulled V11.0.4.0, and the version was no longer seen on the Play Store. Now, it looks like the Android 10 is available for downloading again, still as V11.0.4.0. It is unclear whether the first mobile phones releasing will receive the new update or not.

Xiaomi is a global company and works on a very large scale. It has been producing mobile phones and Android systems for a long time. Though the release of Android 10 did not take place as Xiaomi expected, they plan to re-release MIUI V11.0.4.0.

They have already commenced the wider rollout of the stable Android 10 OS to the Mi 9T and Redmi K20. Though the software version did not experience any change; it will remain V11.0.4.0 only.

How to fix the Ghost Touch problem in Android phones?

The Best Gaming Phones For 2020