The Honor 8X was without a doubt one of 2018’s most impressive budget phones that went out of its way to combine both a big screen and tiny bezels and power under the hood was just overwhelming. The smartphone played its part and did not disappoint.

That’s why people were pretty hyped up to hear that the smartphone of the year had a baby brother; the Honor 9X. There is a lot of controversies and both good and bad media that surrounded this phone’s release. We want to have a glimpse at how the phone is and how it performs both generally and camera-wise. 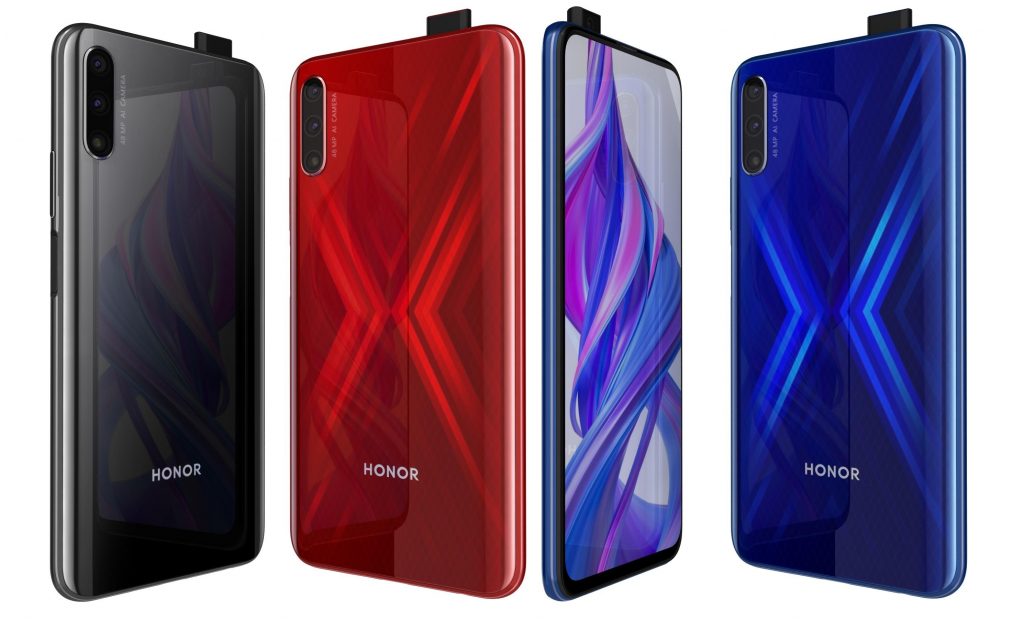 The phone’s front is almost literally all screen from top to bottom and side to side and offers a pop-up selfie camera not forgetting the thee back cameras that this bad boy has.

9X Phone from Honor has a Kirin 710F processor which is in itself a mid-range chipset and a storage capacity of 128GB which is backed up with 4GB or 6GB ram according to the user’s preference and taste. The phones bag a 4000mAh battery that will offer you a substantial amount of usage time.

We are going to have an in-depth analysis of the phone to find out if it has the characteristics that could dim it worthy to be flagged as great as the Honor 8X was.

The camera on the phone is capable of shooting a resolution of 12MP on default. The maximum resolution of the main camera is, however, 48MP which is needless to say very good and just by using the default 12MP camera setting you to get quite crisp images.

Though one thing that’s for sure is that this phone is not going to necessarily win any best camera phone of the year awards. But the general camera is awesome and works okay for a phone of this kind of budget.


The phone delivers better noise-handling through down-sampling pixel-counts. Though when in good lighting the user can be able to use the max resolution setting. This means that the average camera work is just good for taking general pictures so in case you want to have some professional shots then I personally wouldn’t recommend this phone.

The phone is quite elegant and is among the few Huawei phones that still have Google’s licenses incorporated within it. Those who are aware of Huawei’s past will tell you about how the device was first banned in the US etc.

Well, a good look on the phone will show you how much it bears a great resemblance to the much popular Huawei P Smart Z. Now, most critics have complained that the device is not new but rather a spin-off of the original P smart Z device. I do not want to throw any shade or start off any infinite debates, but I’ll just describe the phone what it is; A good smartphone.

The device has a sleek design and a very awesome screen to body ratio. The notch-less screen goes a long way in defining the phone’s character and its general appealing features. The company did an awesome job in designing this device as it bears so much youth and confidence within it.

The navigation bars are of course on screen and it has Android 9 including Huawei’s EMUI 9.1. the fingerprint sensor is also presumably really fast.

The main disappointment of this device, however, is the lack of an ultrawide shooter.

The phone’s battery is quite admirable, you can charge it using a USB type C port. It is very awesome especially with the speed that this type of USB cable transfers data at. This is something that most smartphones are taking up as a new look for their devices.

There is very little that you can hear of this device in general. Other than it’s a good device and will serve all your basic needs for a phone that is priced at such a budget price.

In the box, Honor 9X phone comes with a company built screen protector, a charging cable, an adapter, and a pair of earphones for the latter. This is a basic set like all other smartphones and the thing that is making this phone better is a 3.5mm jack for earphone usage. The phone also connects to GSM/HSPA/LTE networks which are quite useful in today’s smartphone world. 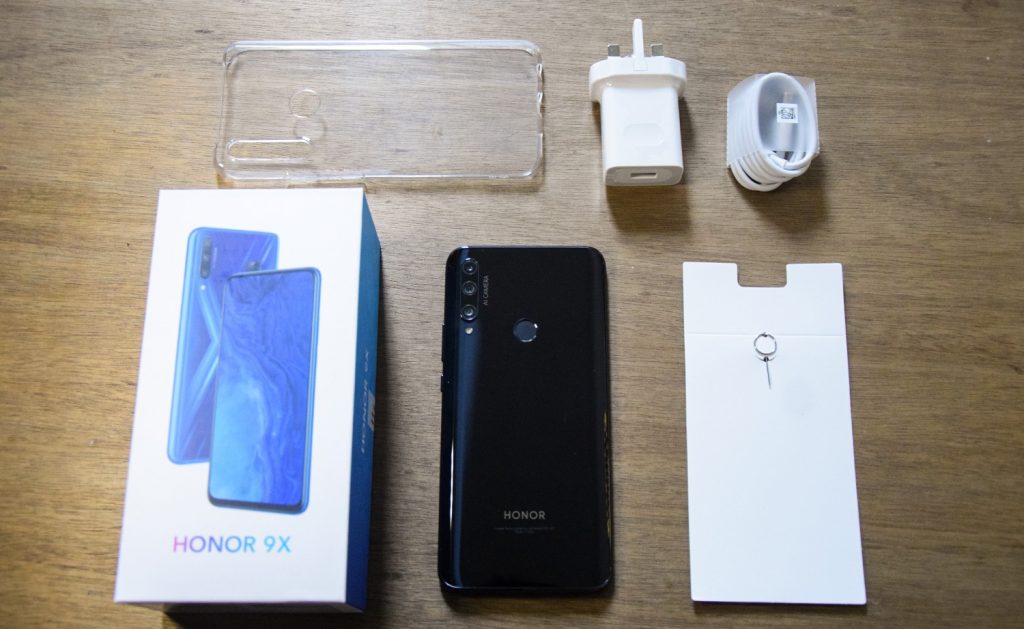 What’s worrying, however, is how many bad reviews it keeps getting against its good reviews. The phone is a budget phone, therefore, comparing it to other high-end devices would be a big downgrade for anyone with any actual smartphone knowledge. These types of phones work to deliver as many features as they can while also trying to maintain their average budget.

This being said, I can personally declare that the HONOR 9X goes a long way in performing all of its duties as a budget smartphone and just having all the features it has alone is enough to call it a phone that is worth the money that it offers. With three rear-facing cameras, who wouldn’t want to have a smartphone of this caliber and with such great attributes.

Aside from that, the general design of the smartphone is just as admirable as it is mouth-watering. There’s just so much that is admirable off of the very look and feel of Honor 9X. In fact, if not for the ultra-wide camera, it is definitely a phone worth getting yourself.

Especially if you are working on a tight budget and are heading for something that is both elegant and having a good set of specifications under the hood.

How to Download Netflix Movies and Shows to Your Android device