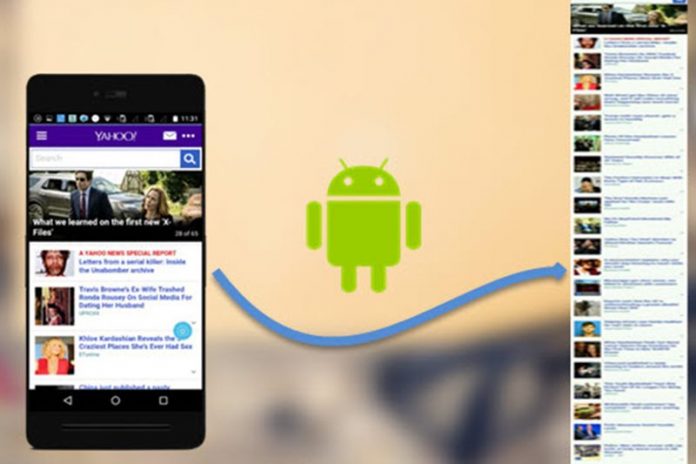 In Samsung, the first scrolling screenshot was present in Note 5 by the name of ‘Capture more’. It is also available in Galaxy S8 and the latest handset Galaxy S10. To take a scrolling type of screenshot in your Samsung mobile handset, you need to enable the smart capture feature in the Advanced settings.

After enabling it, you can go to the screen which you want to take a screenshot of and take its screenshot as usual. Take a normal screenshot and then, tap on the scroll capture option. This option will be available on the bottom of the screen that you are capturing. Keep doing this continuously till you reach the endpoint where you feel that it is complete.

Scrolling screenshots are readily available in the Huawei mate series. In Huawei’s handsets, you can capture the screenshot by holding the power off and volume down button at the same time. After some time, you will see a pop-up that lets you know that you have taken the screenshot successfully.

To take a scrolling screenshot on LG smartphones, you need to pull the notification bar and select Capture+. Then select the extended option in the corner of the screen. After this, your screen starts scrolling and you can stop it by tapping when you feel that it is complete. To save it, you can tap the tick in the upper left corner.

You don’t have to pay for movies: Sony Crackle is a great free streaming service

Ban On TikTok Inside The Golden Temple