Google Chrome is obviously the most popular browser and is the first choice of users on all platforms. For better security, it is important to keep it up-to-date and Google also releases a lot of major security updates all the year round for this browser. However, there are some people who wonder how to update Chrome as it doesn’t have any large update button around.

The reason is simple. Google Chrome is designed to update automatically by default without any intimation. It doesn’t even tell you that it has been updated. But sometimes, it may not happen. In some cases, you might want to install updates on your own.

By default, Google Chrome is set to update automatically on both Mac and Windows, by default. In this guide, we are going to discuss how to update the browser to the latest version. The way you can update Google Chrome varies as per the platform the browser is being used.

It is quite easy to update Google Chrome on desktop as well as on iOS and Android. If you are one of the users looking to check the latest update, here are the detailed steps to do.

All the major Google Chrome versions get patched and updated regularly, including Google Chrome for macOS, Windows, Android, Linux, and iOS. Google rolls out a new major update almost every month or so and updates are synched in different platforms. Here are the steps to update Chrome on different devices.

Like several other browsers, Google Chrome is also designed to update by default on its own. If it doesn’t update due to any reason, there is also an option to do it on your own. There are two different ways to update Google Chrome – using the address bar on the app and Main Menu.

Both of these methods are working on Mac, Windows, and Linux systems. Here are the methods to update Chrome on laptop or desktop –

In this menu, you can use Main Menu on Chrome to check updates. 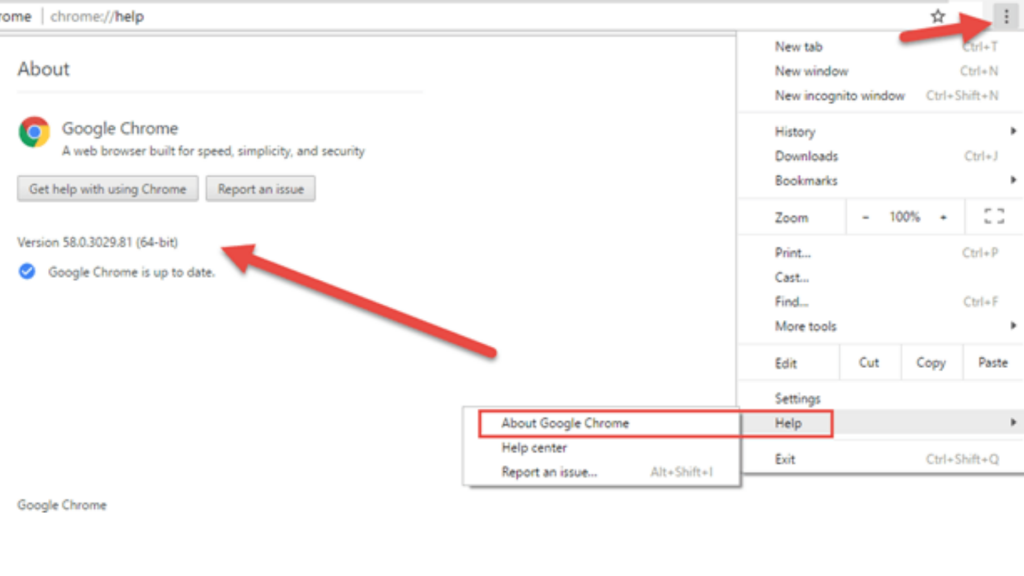 This method is quite faster and you need to use the address bar of the browser. 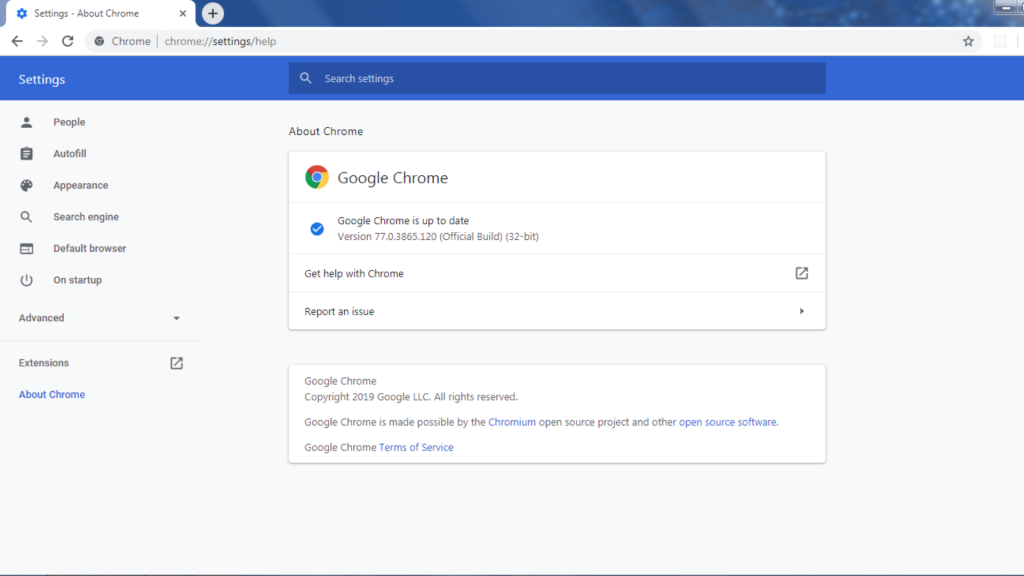 Keep in mind that the recent version of Google Chrome tells whether the update is available or not. In order to check the availability for an update, go to the Main Menu on the top right corner. 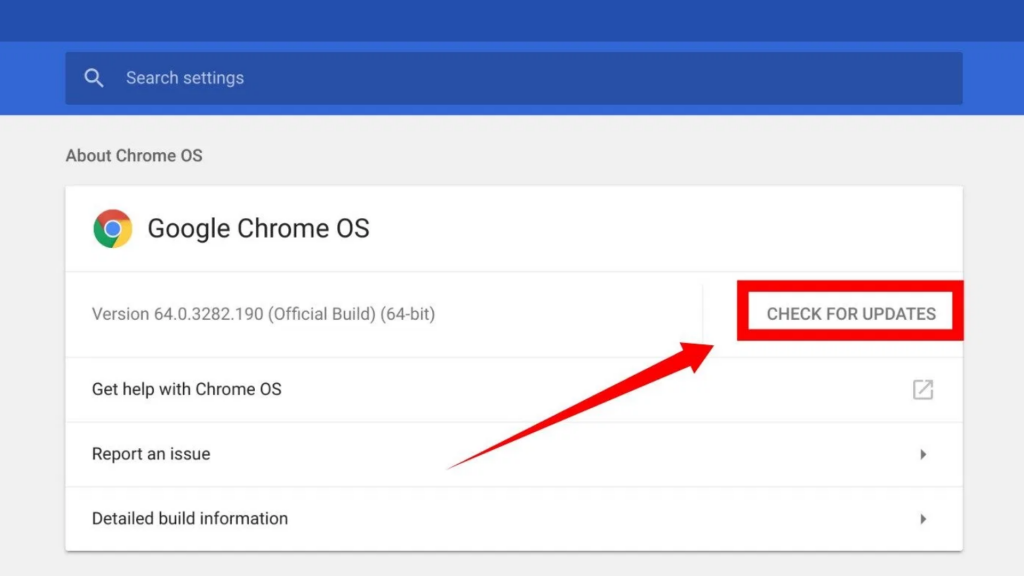 Chrome is the default web browser on all Android devices. It comes with every Android device as it comes bundled with Google apps. Google Chrome is also set in Android to be updated automatically by default similarly with other Android apps. You will be required to update the browser manually via the Play Store app if automatic updates are off. 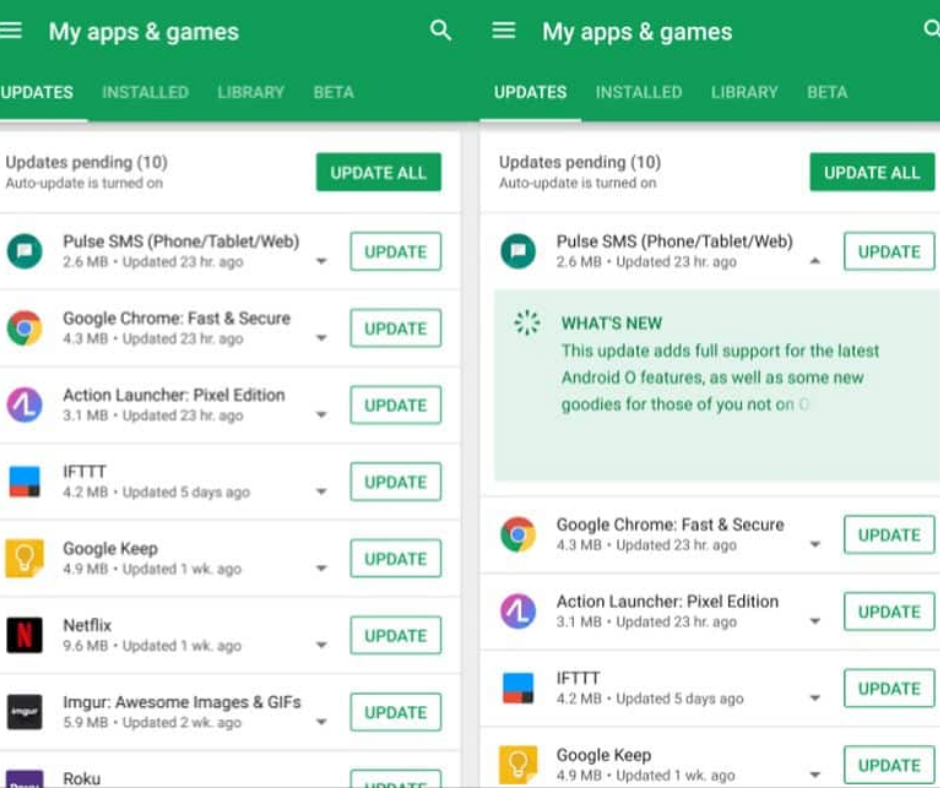 Also, the process of updating Chrome on desktop and Android is totally different. It doesn’t show availability for the update when using Chrome for Android. Therefore, you cannot change the setting for default update from automatic to manual.

Similarly, like other platforms, Google Chrome for iOS is also set to update automatically by default. Just like the Android App, Chrome is unable to be updated from inside the app for iOS and you will be required to update the same via App Store. Here are the steps to update Chrome on your iPad or iPhone manually. 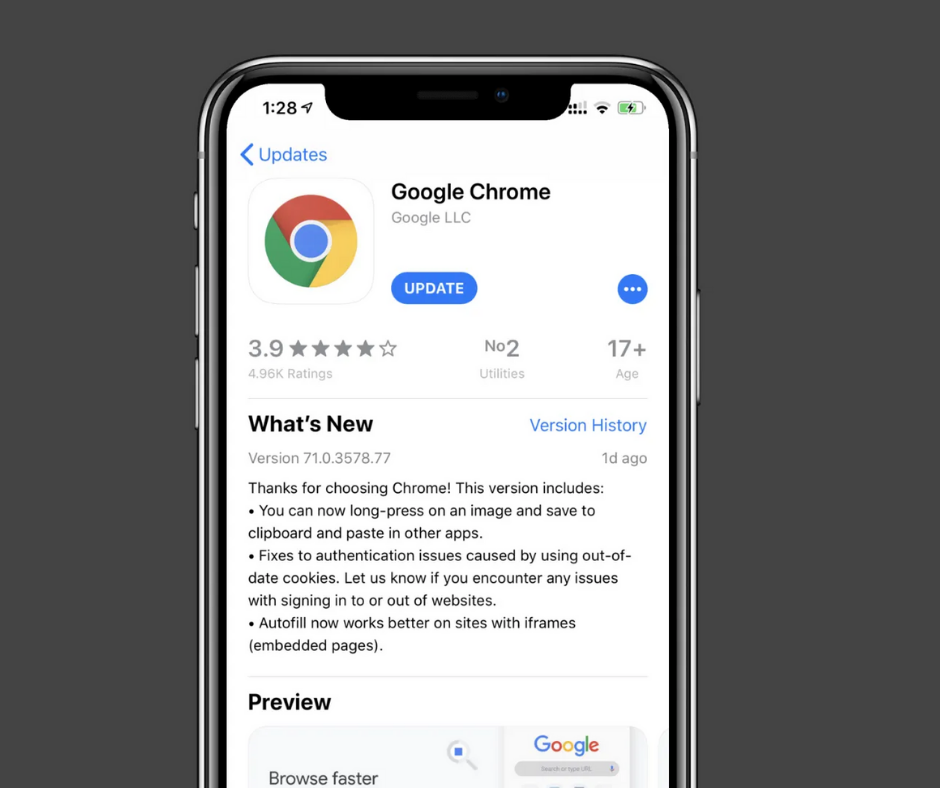 In some devices, you might need to confirm that you want to update. Just type your Apple ID and password if it prompts you to update the browser. In addition, Chrome also doesn’t show the availability of updates in iOS like on desktop. Hence, you cannot set the preferences for updates to manuals in iOS, too.

Users can decide how and when to install updates on Google Chrome for macOS, Windows, and Linux. You will also get notified whenever updates will be available. On the other side, you cannot set the updates on Chrome to manual on Android and iOS. Additionally, you will have to use the app store to update Chrome on both iOS and Android.