The rollout has started in Europe. Soon enough, other regions began getting the update. With EMUI 10 updates, one can expect faster performance, new UX design and even more. 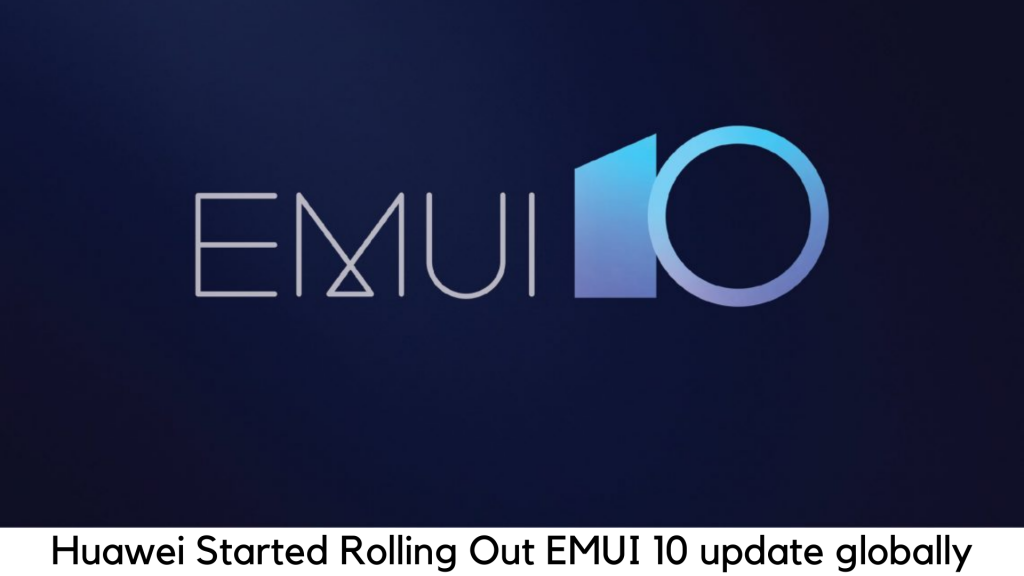 This Android 10 update is now available with EMUI 10.0.0.168 on Huawei P30 and Huawei P30 Pro and the size of the update is whopping 4GB, as per the screenshots by Huawei Central.

HuaweiCentral has also shared screenshots of the update on Mate 20 and Mate 20 Pro and it is whopping 4.5GB. So, you need to have a stable Wi-Fi connection and your device is on the charge to install the update. 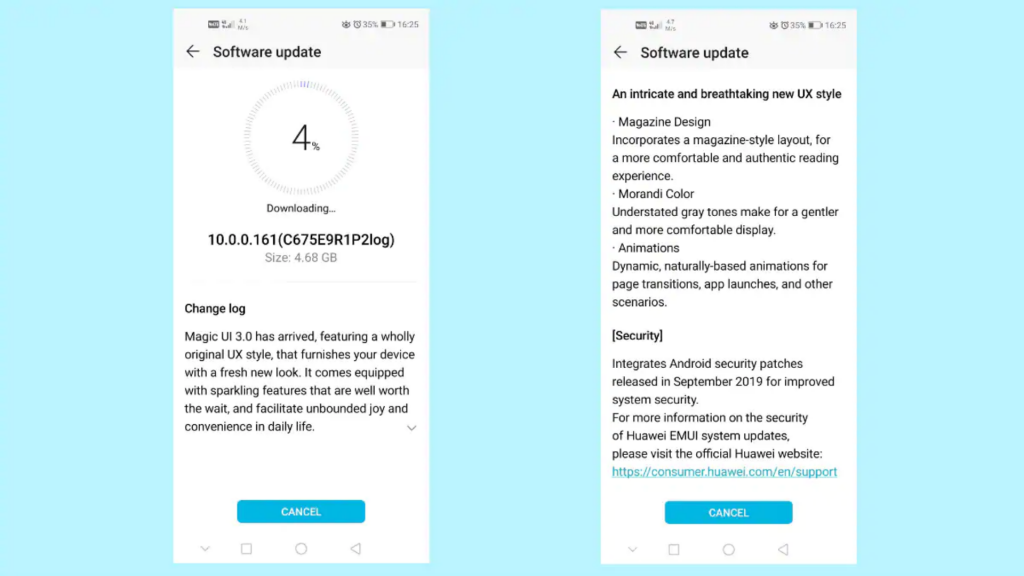 As discussed, the rollout is being available in Europe and it should definitely come soon to other international markets. According to Huawei, it offers EMUI 10 with stable and fast performance.

In addition, EMUI comes with a new UI, dark mode, and enhanced magazine lock along with support for vivid always-on display EMUI 10. Also, it has new capabilities based on multi-screen collaboration. It also enables devices to connect with other devices smoothly, such as smart TV, drones, smartwatches, and others.

Along with the latest UI elements, EMUI 10 also comes with Hisar, an Android Auto replacement by Huawei. More than 30 automobile makers and over 120 car models can work with this app as of now.

Users of Huawei P30 and P30 Pro are expecting a new update soon enough. However, EMUI 10 based on Android 10 would be a sigh of relief for those worried about Android updates on Huawei phones after the infamous ban in the US.

Particularly the flagship phones, Huawei has also clarified that even older models would get security patches and Android updates. However, recent models, such as Mate 30 series, would come without Play Store support and Google apps.

It would also come with a range of Huawei-based features. You can expect revamped icons, new UI design, magazine layout, desktop mode, one-touch screen share, and improved performance on EMUI 10.

By the end of November 2019, Huawei is planning to release EMUI 10 to Mate 20 RS Porsche Edition, Mate 20, Mate 20 X and Mate 20 Pro. It might start in China and later on other global markets.