This mainly rings one key thing in the brain; Bug Fixes. And if this update is anything to go by then this is mainly what there is to it. 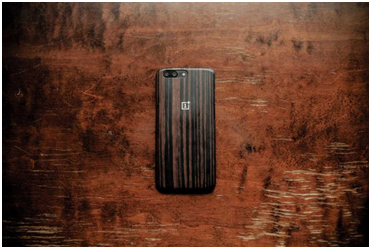 There was a lot of trouble with the initial rollout of the Android 10 update for the OnePlus 6 and 6T. this mainly included a black screen issue when unlocking with the fingerprint sensor, the device heated up while charging and there were a number of reports on some random disconnections when using a 5Ghz hotspot.

Good thing the company listened to the complaints and decided to roll out an update that would fix these issues.

OnePlus announced on the 21st of January this year, the OxygenOS 10.3.1 update for both the OnePlus 6T and OnePlus 6 models.

The company announced the usual general bug fixes and improvements on system stability. The new version is also bringing with it several improvements. The issue with the black screen appearing after unlocking the devices via fingerprint. Also, and one of the most dominant problems, the random disconnections after using the 5Ghz hotspot.

In addition, there are more fixes on the device like-

Besides that, the OxygenOS 10.3.1 update, it also updated the new android security update patch to 2019.12.

I feel that the company honestly did some good work with the two devices. However, they seriously made plenty of flaws by not recognizing these flaws in the initial device launch.

These bugs and fixes should have been dealt with a long time before the launch of the device. Some of these are pretty noticeable. Hence, for a company as big as OnePlus to say this is a disappointment would be an understatement.

Advantage and praising of New Update

But, the good thing is the company did not display any narcissistic attitude to the complaints and reviews and owned up to their mistakes.

They rolled out this new update and it is impressive how they managed to get everything into a scope and fix it. The company further promised to continue releasing updates. Hence, that would better their devices’ user experience and promised to deliver on more accurate releases.

We hope to see them implement these promises in their future devices and I personally can’t wait to see what they do with their upcoming OnePlus 8 that is rumored to come around the first half of this year.

All in all, OnePlus is an awesome trademark that struggles to deliver on its promises of better user experience and reliable devices. Most of its devices may be high end, but boy don’t they put some serious and mean specs under the hood.

It wouldn’t be a surprise that with this growing trend, the OnePlus may gain enough guts that would give companies such as Apple a run for their money in the near future.