On the first look of the Moto G7 power, it is easy to shun it off for having a less impressive look. This is not to necessarily say that the G7 is not a good phone rather it bears a common similarity in the frontward appearance to other modern smartphone devices. 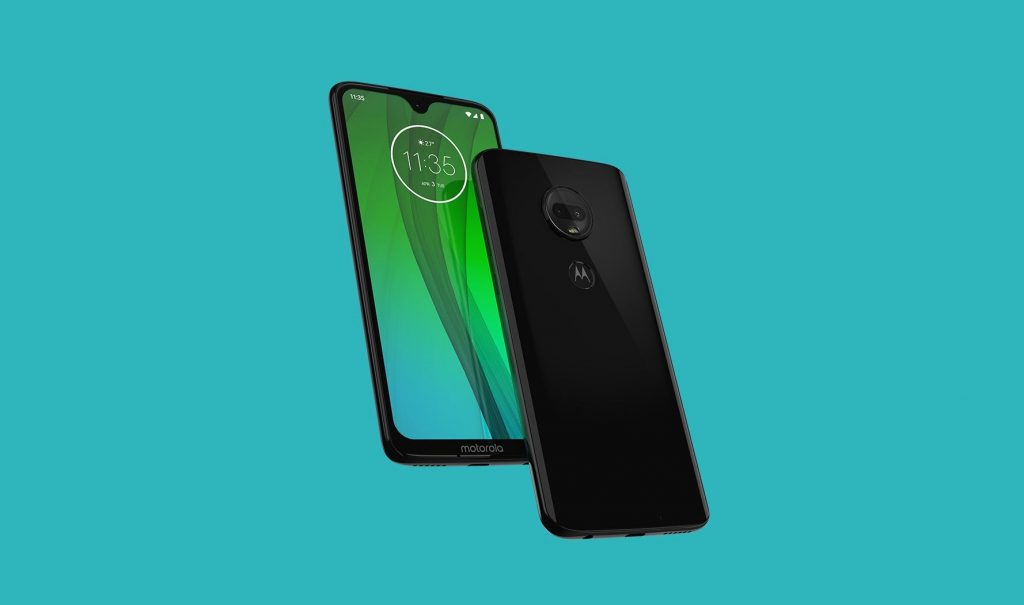 If you are a fan of the great Motorola G7 series then you probably know that that series offered three entries thus the Moto G7, Moto G7 Play, and the Moto G7 Power.

All three smartphones bear a great difference especially price-wise with the G7 Play being the cheapest in the series with a standing price of $199 as compared to the moto G7 which still stands at about $299.

The G7 Power was intended to fall into this same category of price ranges with Motorola still sticking to ensure that they come up with devices that are both efficient and pocket-friendly.

The G7 Power was priced at $249 dollars and has a number of great perks for such a price which we will get into in just a bit.


Special features of this device

Albeit, the one thing that is genuinely admirable about this device is its spec formation and how closely similar it is to its predecessor, the Moto G7.

The G7 Power bears a single 12-megapixel camera, 32 Gigs of storage, and 3GB of memory.

In theory, what the G7 Power has done is gaining more battery power at the expense of the performance which is not really a bad move really if you’d ask me. This has played a huge and major role in the phenomenal battery life of the Moto G7 Power.

There is barely any difference in comparison to other G7 models in the design of the Power. The only visible difference, again, is the black bar at the top of the screen which replaces the teardrop notch in the G7 series and the bezels on the Power are slightly thicker as compared to the G7, which is the same as the overall thickness of the Power

The phone is equally heavier than the G7 with an average weight of 198 grams as opposed to the 172 grams of the G7.

The phone has a 1520 x 720 display which cannot necessarily match up to its predecessor in a lot of ways but will surely get the job done and the display feels just as effective as most phone displays of this generation are.

The back of the phone has a 12-megapixel camera that has a fingerprint reader settled right underneath it with a Motorola logo.

The phone features a USB Type-C charging port that also doubles up for data transfer which is admirable due to the enhanced speed of data transfer.

Headphones and many more features

The series is well-known for its P2i Nano-coating water-repellent material which the company did not shy away from using on this device at all.

However, there is still room for some more improvement in terms of these dustproof and slightly water-resistant features that the company deals with.

The phone primarily comes with Marine Blue as its main color. This is sadly the only color that the phone comes in. maybe in the near future, the company may incorporate many other colors but for now, that’s all that there is.

The phone also has the power button and the volume rocker all located on the right side of the phone.

The Moto G7 Power has admirably proven to be a phone that’s outstanding. But the most appealing aspect of this phone performance-wise is evidently the battery life.

The phone is obviously built to optimize itself for this specific purpose. This is even evident from the way that Motorola has cut down on specs to make room for the bigger battery.


On average the battery is powerful, which to last 14 hours on a benchmarking test. This is more than one can say for the G7.

Photos are also fairly crisp and the camera delivers on a lot of aspects that most phones do. In ideal lighting conditions, photos had great quality and were overly fair with some clear and crisp properties.

The camera, however, struggles when it comes to lighting bright or dim lighting conditions.

However, are a feature that is to be admired. Moto actions make it easy for the user to turn the camera on and off using gestures. This is also available for features such as the phone flashlight etc.

The G7 Power is without a doubt is having a fair price. Hence, with it, there are a lot of admirable features available. For a phone’s price is around $249, it has a lot within it that just classifies it above that price.

But this is the normal business structure of Motorola and its honestly not that new. The company tries to make sure that all of its devices are mostly available and pocket-friendly.

In terms of specs, I honestly think that the company has really outdone itself. I honestly don’t mind giving up an extra camera in exchange for more battery time and usage.

The whole G7 series is admirable and it is safe to say that it is a dependable series. However, I would gladly put my money on the G7 Power any day.

It is the phone you’d want to go for in case you want some extreme features in a basic phone and pocket-friendly size.