By now, the majority of people already know that Samsung is working on a second folding phone. This second phone has sparked a lot of rumors and enthusiasm as opposed to the previous model. 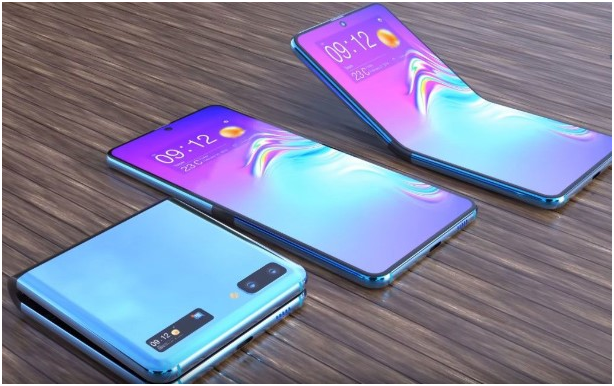 With these many rumors, it is hard to know what will actually make it to the final cut of release. Also, about what will be retained. All that is certain is that it is being worked on and if it goes by anything is going to be a clamshell design just like the much speculated Motorola Razr that is also set to launch this year.

The design and feel are something new and fresh and is definitely going to wow lots of people.

What most of us probably know by now is that the new device is going to feature a glass screen and is going to be a 5G compatible smartphone.

New Leaks and all about Samsung Galaxy Z Flip

New leaks, however, determine that the new Z Flip phone is set to have a capacitative fingerprint scanner on the side. Hence, it proves to be a really interesting take on the whole aspect of the phone.

Look, with this new tech kind of specs, you’d obviously expect the device to be a new kind of beast and that is just an understatement. If you look at what other companies are bringing onto the table with this kind of foldable devices.

It seems that the past is slowly going to be incorporated into our new day modern tech and this type of tech is just the beginning.

There’s also been a lot of uncertainty that has surrounded the phone’s initial cameras with rumors spawning features such as 108MP sensors. These are claims that have existed right from when the speculation of the device first got into ears.

The phone is also set to feature a confirmed Samsung Ultra-Thin Glass which has a crease and even more exciting, a Dynamic Amoled Display.

This is just a phone to be admired people and there is just so much expectation that you can put into Samsung’s devices.

Mid last year, the company released its first foldable phone. I will be honest at first it had a lot of issues, but the company finally came back and redid the phone. They had eliminated the mistakes that they had earlier made. And now they are coming back with a complete foldable phone with improvements.

So now, you are sure that this is not the first time they are designing something of this sort. They have done it before and managed to come up with a device that is both beautiful and responsive.

There is just so much that is to be expected of this new device and we can for sure bank on Samsung to deliver on a large scale.