PUBG is not a new thing in today’s generation. Almost everyone knows about it. These days, a PUBG player can be seen in every second household. People love the game and enjoy using it. If you are also a PUBG lover or if you have that gaming bug, you must be aware of the new gliders in PUBG. These gliders were made available recently. 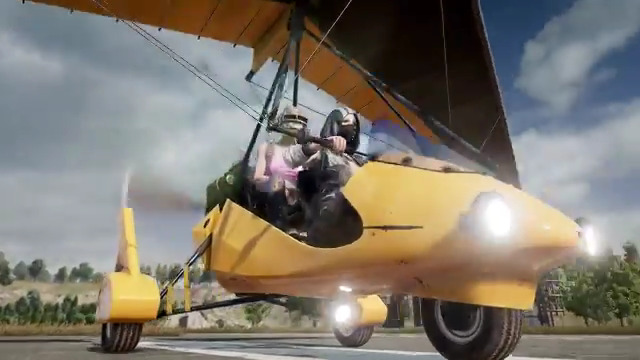 Players and gamers seem to love this feature. Everybody is sharing their experience of using these gliders and using it in different ways on different video platforms. Each day we can find several new PUBG gliders videos coming up on the internet.

Recently, a similar video of the PUBG glider has come up on the internet. It is going viral at a very high speed. The video is of a player who uses the glider to shower grenades on the enemies. This is for the first time that such kind of elimination took place in PUBG. Not heard of this yet? Do not worry, here we have all the information for you.

Though it does not need any introduction to many for the ones who are still unaware, it is a gaming platform. Player Unknown’s Battle Ground, commonly people called PUBG is a multiplayer battle game. Here, people fight with their enemies to earn the winner’s title.

30 July 2016 is its release date and since then, it is growing exponentially. It is an online game that involves a battle of weapons. The game starts with a player landing on a safe surface and then going for encounters. The area keeps on decreasing with the decrease in the number of players. The last one left alive is the winner of the game.

In the new update, motor gliders are available in Miramar and Erangel. Only two people can sit in one glider, including the pilot. The passenger sitting at the back seat can shoot and the pilot can fly the glider.

The grenade elimination from glider

These gliders are getting a lot of attention from the PUBG players. People are sharing numerous videos of these gliders on the internet. One such video of a player fragging grenade is getting viral.

So, it all starts from two players riding a PUBG motor glider. They were in the midst of the game when they threw a grenade on their enemies below them. They were successful in killing one player. This elimination is seriously a misery for any PUBG player. No one will ever like to get an elimination like this.

With PUBG growing exponentially, we are getting a lot of content day by day. People are coming up with various ideas and videos from their experience in the game. These videos are surely very interesting and people love watching them.