Android 10 has been a buzz for a while now due to all good reasons. It is going to bring lots of refreshments and new features to Galaxy S9 and Note 9. But there are certain new changes which have been floating under our radar. Samsung has finally adopted Biometric API as part of the Android 10 beta.

This way, you can use Iris Scanner with payment apps like Google Pay for authentication. It was only possible with the scanner in secured services by Samsung Knox, including Secure Folder and Samsung Pay. 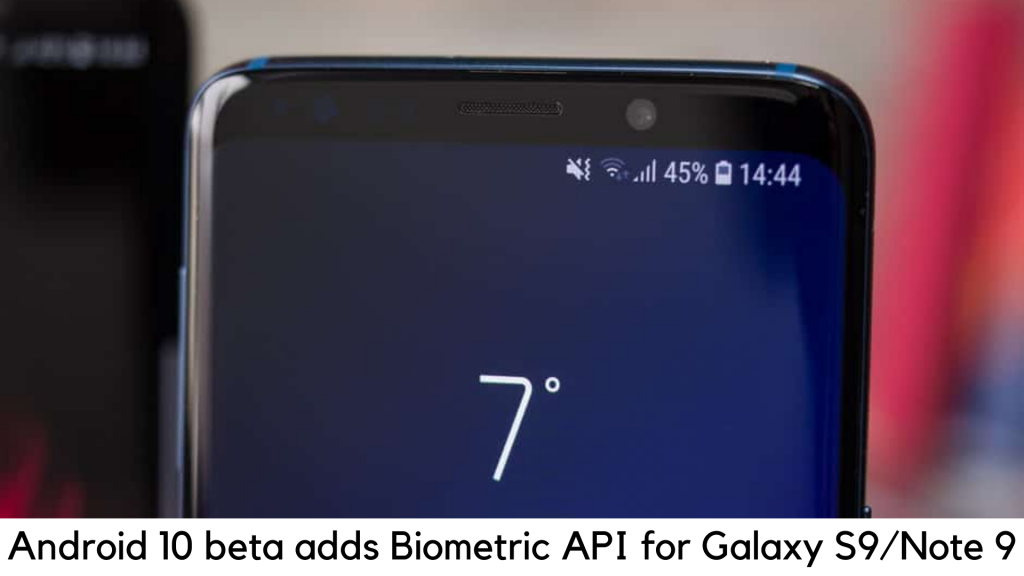 The Samsung flagships removed the iris scanner in 2019 but the latest Android 10 beta program has added the new Biometric API by Google for Galaxy Note 9 and S9 devices.

For the OneUI 2.0 based on Android 10, you may have found the open beta program in the US with Galaxy Note 9 and S9 devices. The iris scanner has gained immense popularity and ability to be used in different apps that support Biometric API by Google, according to Android Police and some reports on Reddit.

Iris scanner was enabled only on Galaxy Note 9 and S9 to unlock the device earlier, along with the Knox Secure folder and Samsung Pay. Due to this update, you are now able to use biometric information to unlock and secure apps supported by Google Biometric API, including Google Pay, LastPass, and other payment apps.

There is a great bonus for Samsung to add Google Biometrics API to both OneUI builds for Galaxy Note 9 and Galaxy S9. But there are fewer chances that the builds with Galaxy Note 8 and S8 could ever get their iris scanners. One of the main reasons is that Android 10 will not roll out for those devices.

At the same time, on both phones, the iris scanner has come out to be handier than a few years back. If you haven’t started using iris scanning as a feature on your Note 9 or Galaxy S9, it’s time to get started.

You need to enable an iris scanner and record your eye biometric information by going to Iris Scanner under Settings > Lock Screen and Security.

With the latest release of Android 10 this year, Samsung has come out to be very efficient quite surprisingly as it rolled out Android 10 to several devices. The stable Android 10 update is yet to be available in Galaxy S9 and Galaxy Note 9. The devices seem to be getting the update very soon.

The devices launched in 2018 are all set to get the latest Android 10 OS update by January 2020. With the latest hints, it seems that the stable build is just around the corner to roll out on these devices. For the S9 pair, the South Korean giant has already rolled out the third One UI 2 beta version. It has brought a lot of bug fixes with the recent security patch.

The OTA brings software version ZSL9 and fixes major bugs that were found in Samsung Pass, screen recording, and split-screen function. Some of the Samsung Apps have also been updated. It also installs the security patch for January 2020.

How to Install Call of Duty Mobile on Your Smartphone?

How to Know When Someone Unfollows You on Instagram?