Since 2014, Xiaomi has come a long way, from just a native Chinese electronics company to one of the world’s largest smartphone manufacturers. Today the brand has brought a range of devices to Western Europe and the UK, and Xiaomi Redmi Note 6 Pro is no exception. 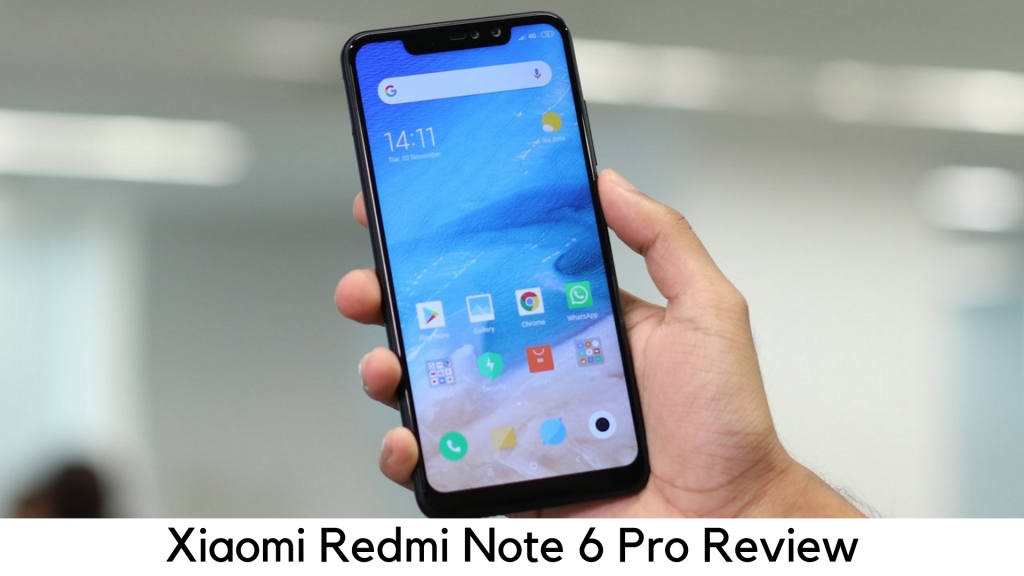 Starting from $180, Note 6 Pro features 4GB of RAM, 64GB storage (with microSD card slot), 4000mAh battery, and Snapdragon 636 Octacore SoC. It seems this device has been designed to compete against several arch-rivals. With a brand having tough rivalry against the likes of Motorola, Huawei, Honor, Oppo and Realme and not having much market share in the west, will Redmi Note 6 Pro succeed in the market?

You can buy Redmi Note 6 Pro (4GB RAM/64GB storage) directly through Amazon for $180. You can also buy the 3GB/32GB variant through the official UK website of Xiaomi for £219. It is available as an unlocked global version in the US.

The selfie features are the great selling points in a lot of Chinese smartphones. Xiaomi followed the same footsteps by launching Note 6 Pro with two front-facing and two rear cameras.

It features 20MP selfie cameras with a 2MP depth sensor. It has several beauty filters and AI modes. On the rear side, it boasts a 12MP main lens with f/1.9 aperture and a 5MP depth sensor. 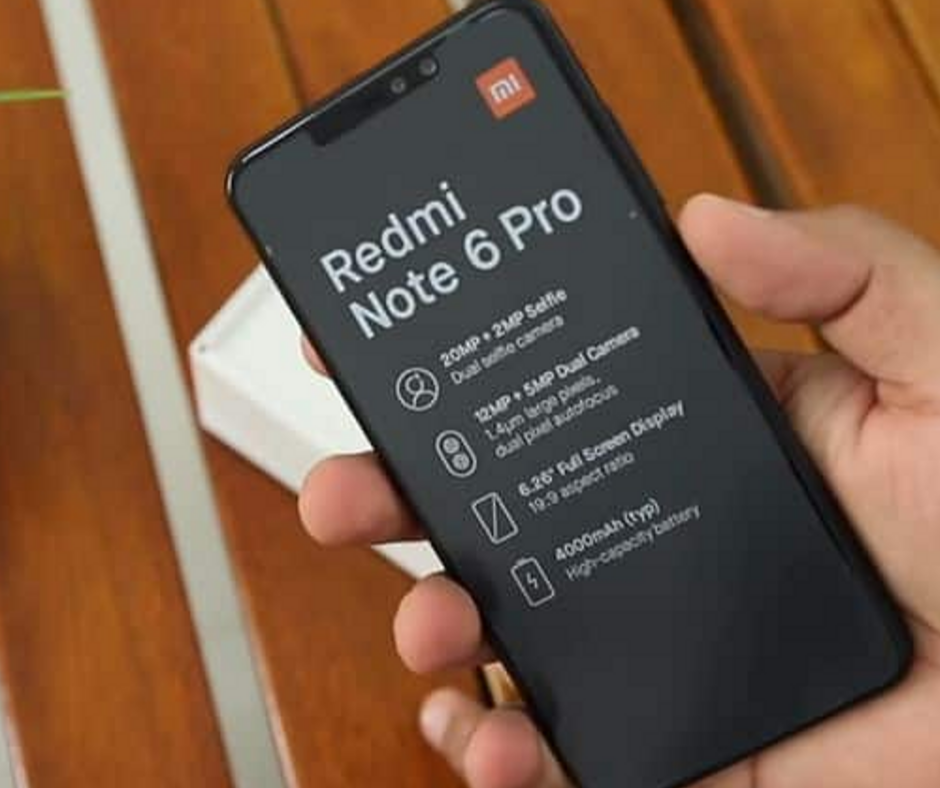 It also has an IR blaster to use with Mi Remote app that can control various appliances in your home, as well as a stylish notch design on its display. It has a 19:9 aspect ratio on the screen and is 6.26 inches tall with 1080x2280p resolution.

Xiaomi Note 6 Pro has also brought a sturdy design with a plastic frame and metal rear panel. It adds a premium look and feels for the price.

In this day and age, an average customer expects glass design and tear-drop or water-drop notch even at the budget segment. Irrespective of this, Xiaomi Redmi Note 6 Pro is here with a large notch and metal build.

The metal black plate is nice to touch and the sides are made of plastic. It has a fingerprint sensor on the rear and “ Mi” logo with a rear camera. 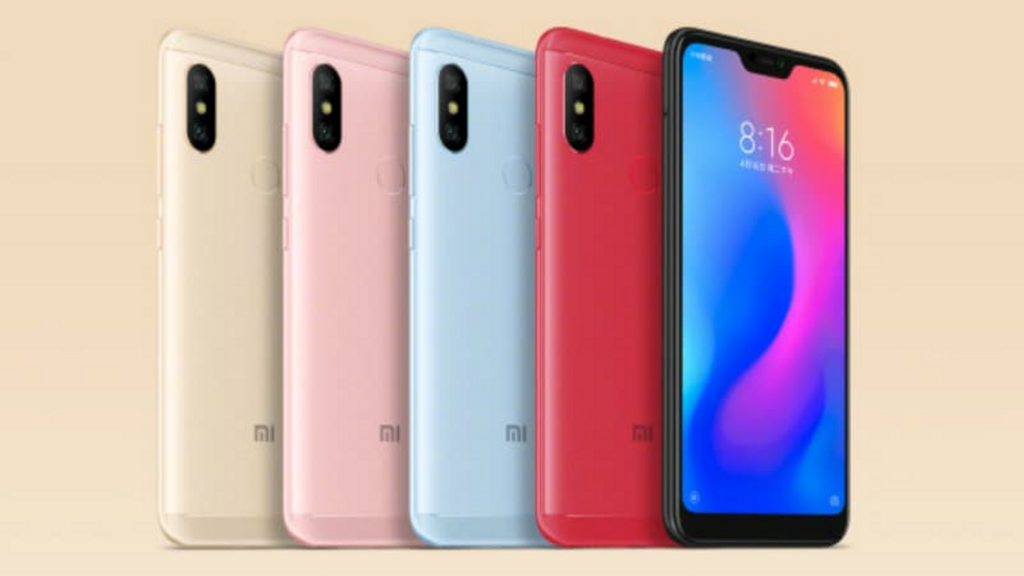 Along with a dedicated MicroSD card slot and dual SIM tray, the left side looks clean. It has a volume rocker and power button on the right and micro USB slot on the bottom.

It has a noise-cancellation microphone, 3.5mm headphone jack and IR blaster on the top. The front holds the dual front cameras in a wide notch and 1080x2280p display with a 19:9 aspect ratio.

In the era of punch-hole cameras and teardrop notches, the wide notch feels a bit old-fashioned but it eventually fades in the background in daily use. In moderately bright sunlight, it goes bright enough to use and the large display shows a lot of content at once. 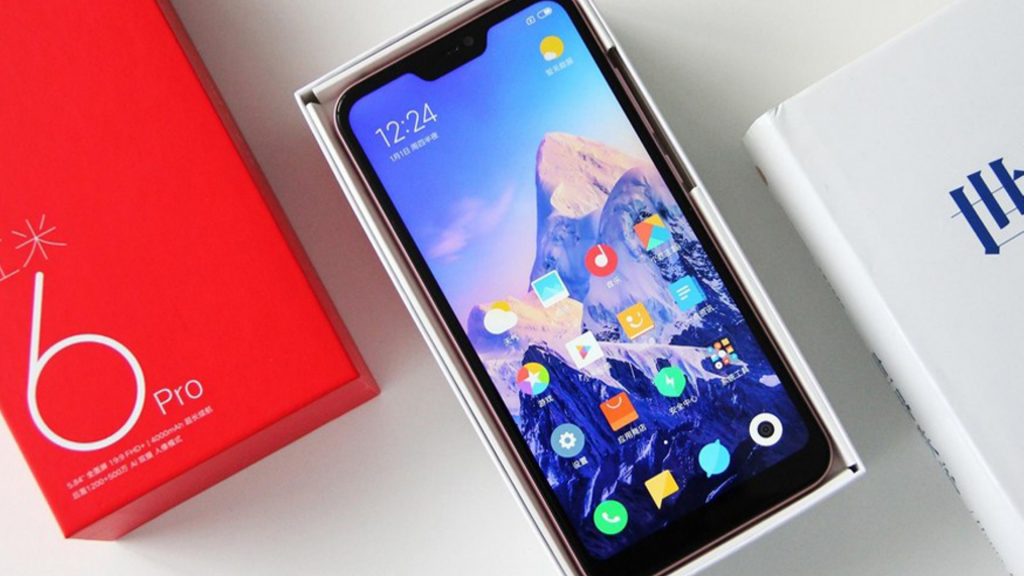 It gives a decent experience of watching videos on the go. The screen displays pleasing and vibrant colors. The display ticks all the checkboxes for the price as it is sharp, bright and vivid.

When battery capacities starting to stay constant or shrink on many devices over the years, we were quite intrigued by the 4000mAh battery in Redmi Note 6 Pro. For large capacity, it can easily last all day. 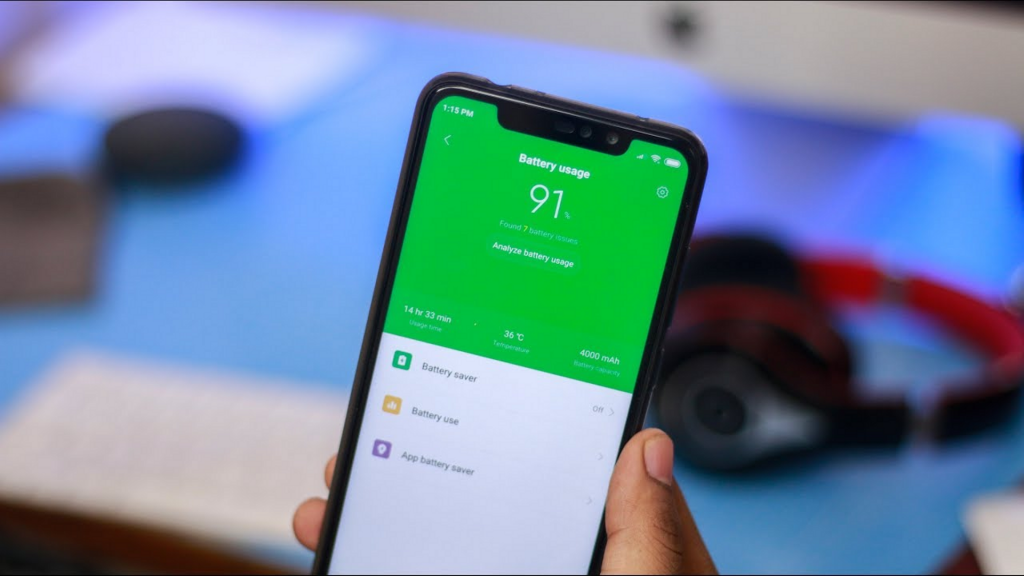 In real life, after charging at 8:00 AM, enjoying music and videos on 45-minute of a bus ride, answering emails and messages all day, and taking calls for an hour, and doing some things when coming back, the device had around 65% of juice left at 8:00 PM. 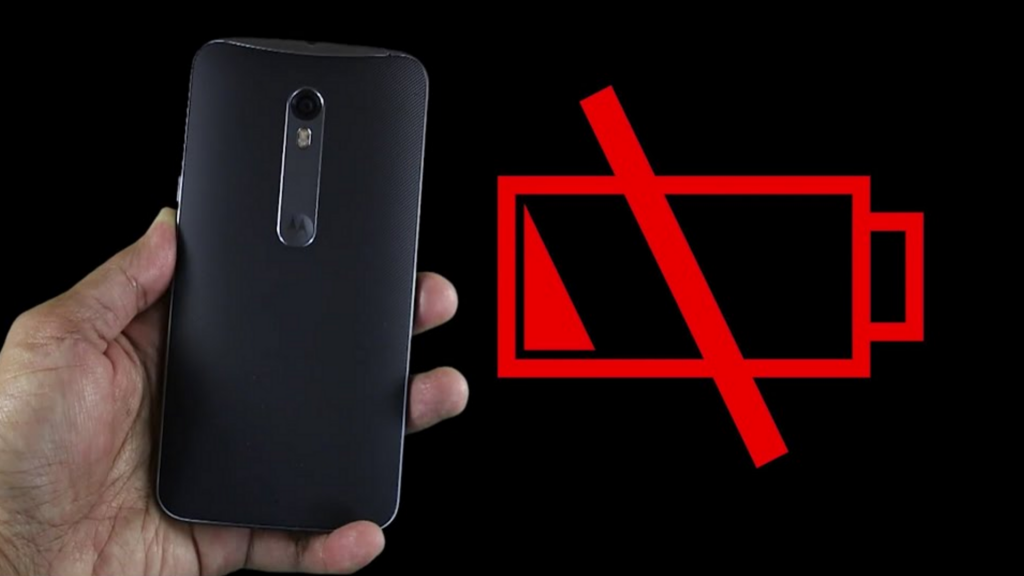 Even though it doesn’t come with a fast charger out of the box, it’s also worth keeping in mind that it does support fast charging by Qualcomm.

No matter how powerful and well-built the inner components of the device are, almost every device relies on their cameras. So, it goes without saying that Xiaomi Redmi Note 6 Pro has some nice and capable lenses. 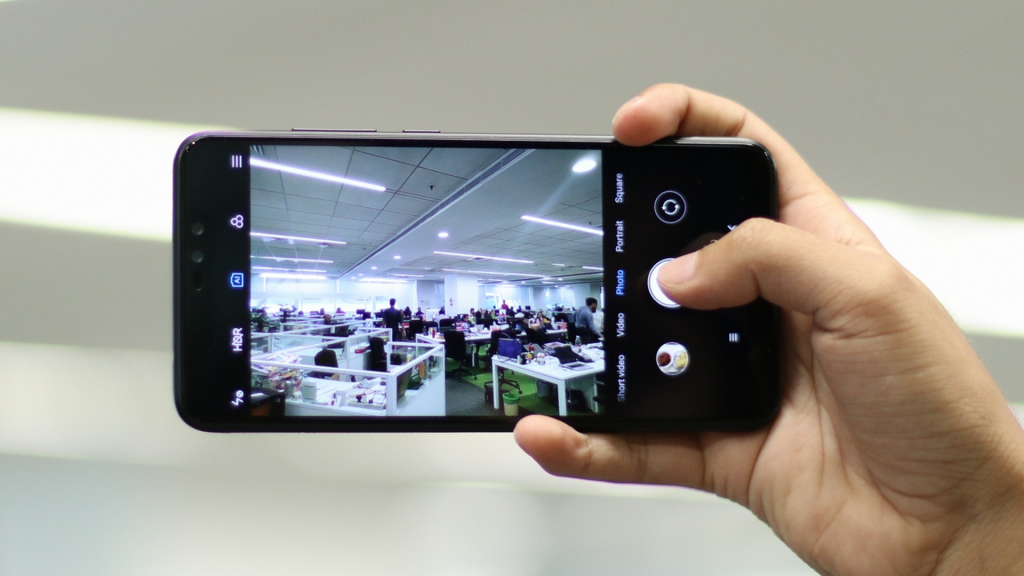 With the vertical swipes, you can access several modes and it opens quick toggle features on the left. AI is turned on and HDR is set to “Auto” by default. The picture quality is pretty good or the price and details are good enough.

One of the major problems with buying Chinese smartphones is that they have a bulk of software skins for a lot of additions and features. For example, the device doesn’t show notifications when locked. 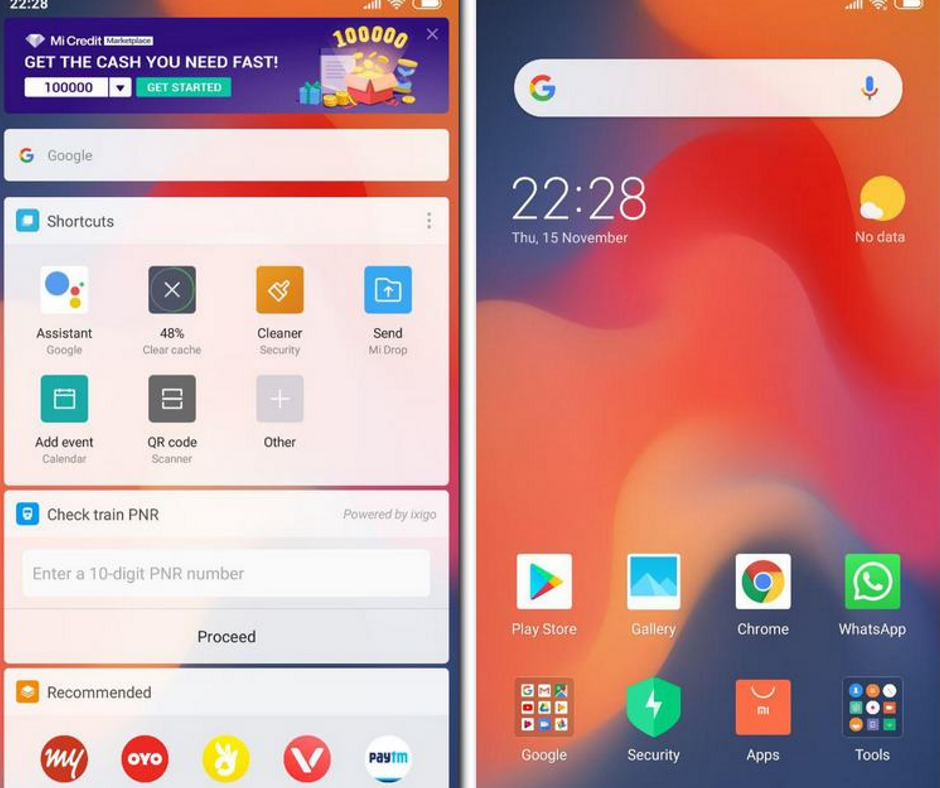 After installing the apps, the home screen is filled before filling into infinity or right with no order. You can fix it by installing a launcher or going to Settings. Basically, it runs on Android 8.1 based on MIUI.

If you are a power user who needs all the bells and whistles with a look of flagship smartphone without paying very much, Redmi Note 6 Pro is your best bet. If you need the best combo of performance and battery on the go, it’s a good choice for you.

For the price of under $200, a lot of competitors are still trying hard to offer the same value. If you want that much, Note 6 Pro should be on your checklist.

No internet? No problem! The Best Android Games to Play Offline

The Best Multiplayer Games to Play on a Single Smartphone