Motorola has finally introduced Android One budget smartphone with lots of cool video recording features. When companies like Samsung, Google, and OnePlus are busy launching their high-end flagships, Moto is here to present some pocket-friendly alternatives, which are safe for your wallet. Motorola has been changing its course a bit in recent months and introducing a new range of budget and mid-range smartphones, such as Motorola One Vision and Motorola One Action. These budget devices usually cost a bit more than the usual output of Moto. They offer some cool features, which are aligned, well to their flagship siblings. 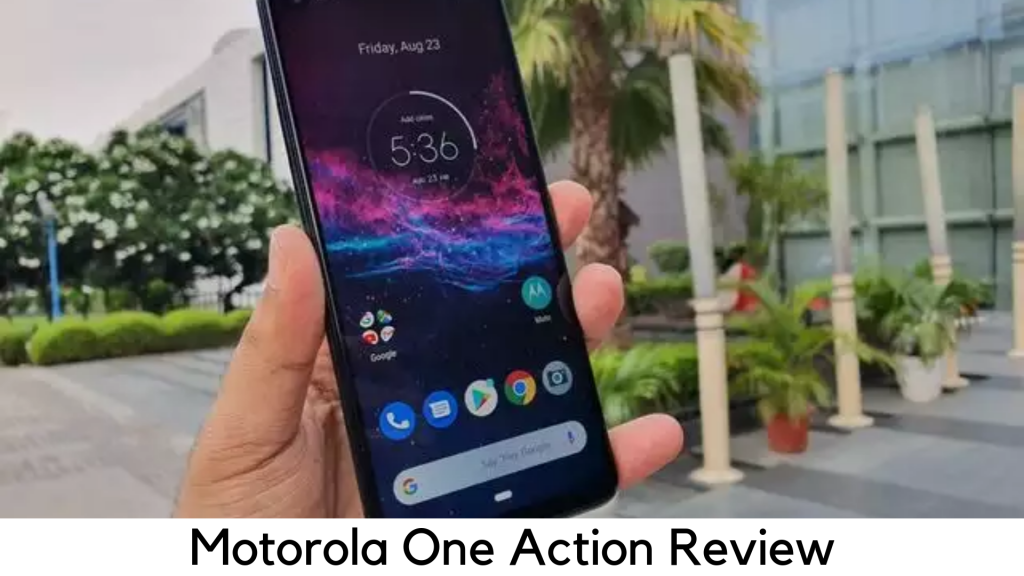 The recent arrival Motorola One Action is the cheapest Android One Smartphone in its bunch, despite costing confusingly similar to Moto G7. With some of the bells and whistles out of the box, is Moto One Action the Go Pro of Smartphone market.

Motorola One Action – What’s ‘Action’ in this?

For the first time, Motorola brings a triple rear camera setup to its mid-range segment and it is obviously known for its video recording features. It has a lot of recording features. The major highlight is its ability to record video in landscape mode while holding it in a vertical position.

Well, there is something more to it. The One Action is powered by Samsung Exynos 9609 2.2GHz processor with 21:9 aspect ratio, 128GB of expandable storage and 4GB RAM. It comes pre-loaded with Android 9 Pie. This Android One smartphone will get security patches every month for 2 years of its release.

Price and its Rivals

Launching in October in the US for around $276, Motorola One Action is here to kill Moto G7 in the same budget category. Even better, One Action is offering even more than what you would get in Moto G7.

Along with G7, Motorola One Action is also going to give tough rivalry to Honor Play, especially because it is powered by Kirin 970, which is a surprisingly fast processor. It also targets Huawei P Smart, which is a bit cheaper.

Motorola is not going to set out a radical change in the looks department but it is setting the industry standard with the curved 4D glass-coated design, which looks quite swish and fits well in your palm. The pin-hole notch design features 12MP front camera with the clean viewing experience. 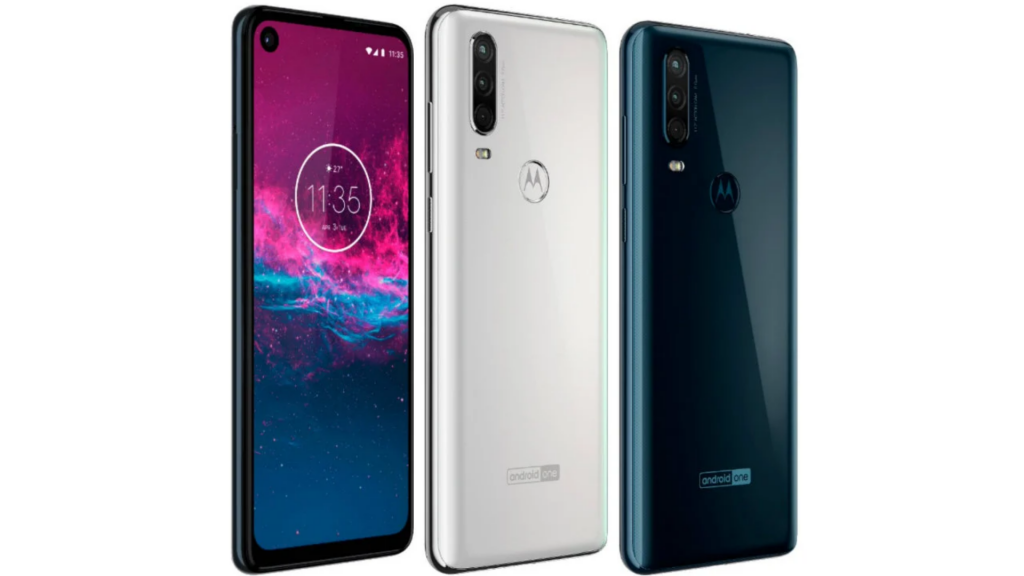 It comes with two stylish color options – Pearl White and Denim Blue. It glistens softly whenever the rear panel catches the light on the sides. The phone looks really premium from the back.

In terms of physical elements, it has the nano-SIM slot on the left corner along with space for MicroSD card to expand the internal storage up to 128GB. At the bottom, it features a USB Type-C charging port. On the right corner, it features volume rocker and power button. On the top edge, it features the fan-favorite 3.5mm audio jack.

In the screen department, the One Action comes as a flagship killer. It sports IPS FHD+ 6.3 inches display with 2520 x 1080-pixel resolution, which is used in Samsung Galaxy Note 10, which costs around 4x the price.

However, you might miss the viewing experience in OLED display in Note 10 because it features IPS panel. However, the screen is still decent as it covers 93% of RGB’s color palette on the ‘Natural’ display mode. 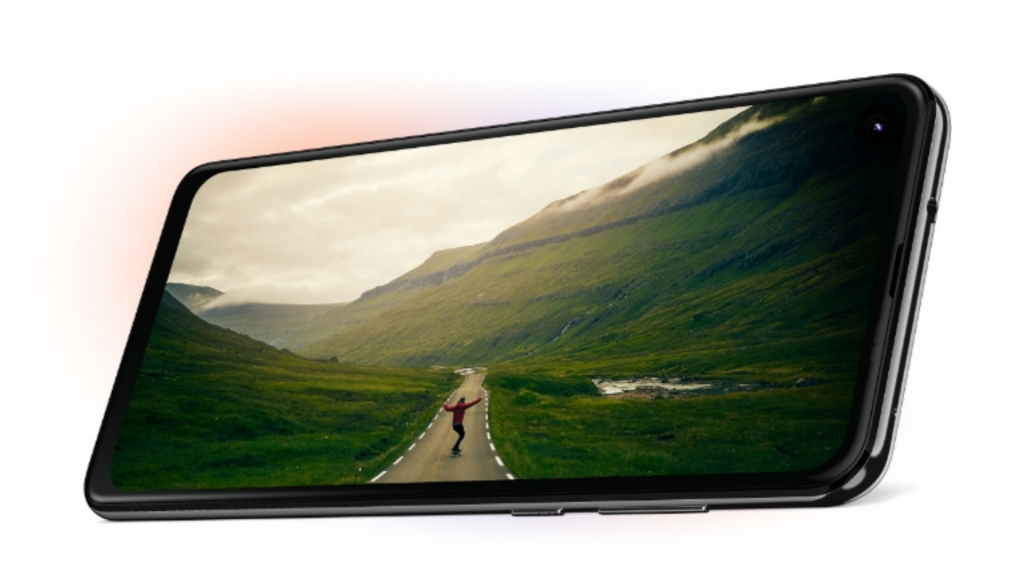 Along with some oversaturation in some light-green and dark-red tones, One Action can still produce accurate colors on the whole gamut. The contrast ratio of the display is 1253:1 and the maximum brightness is 418cd/sq. m. So, it improves screen readability when you go outside.

The display size is 21:9 of elongated aspect ratio like One Vision. This means you can get more of your Twitter and Facebook updates and stream HD content in 21:9 ratios on Amazon Prime and Netflix, while cropping those annoying black bars.

Instead of being with Qualcomm range, one action features one of the mid-range chipsets by Samsung, the Exynos 9609 octa-core processor. Well, this processor is featured in several smartphones, especially from Samsung.

It is a quite cool device in this price segment. By running the multi-core and single-core CPU tests on Geekbench, One Action reached 5362 and 1606. The performance is quite better than several expensive counterparts, including both Moto G7 Plus and Sony Xperia 10. Moto One Action has managed to stay ahead in real-world usage. It performs well and handled multitasking in almost every application we opened, without any glitches. 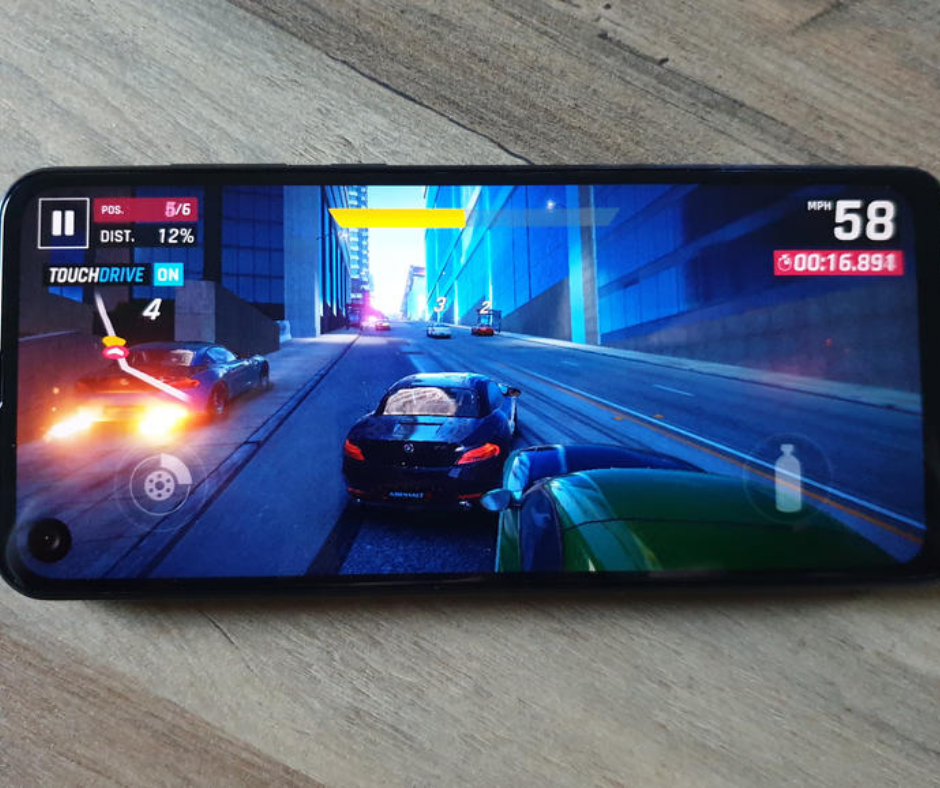 Also, it stands out in gaming performance. This phone has come up with a frame rate of 21fps on average. This test was quite demanding for a GPU. It means you may not face any lag when enjoying graphically demanding games like Asphalt 9 and PUBG Mobile.

The battery life of Moto One Action is decent. The 3500 mAh battery has managed to last up to 14 hours on video playback. Well, it is not that bad.

Motorola has finally marked its debut in the quad-camera segment. The latest handset features a 48MP sensor along with 12MP sensor having f/2.2 aperture and 5MP depth sensor for more accurate portrait, blurred background photos. 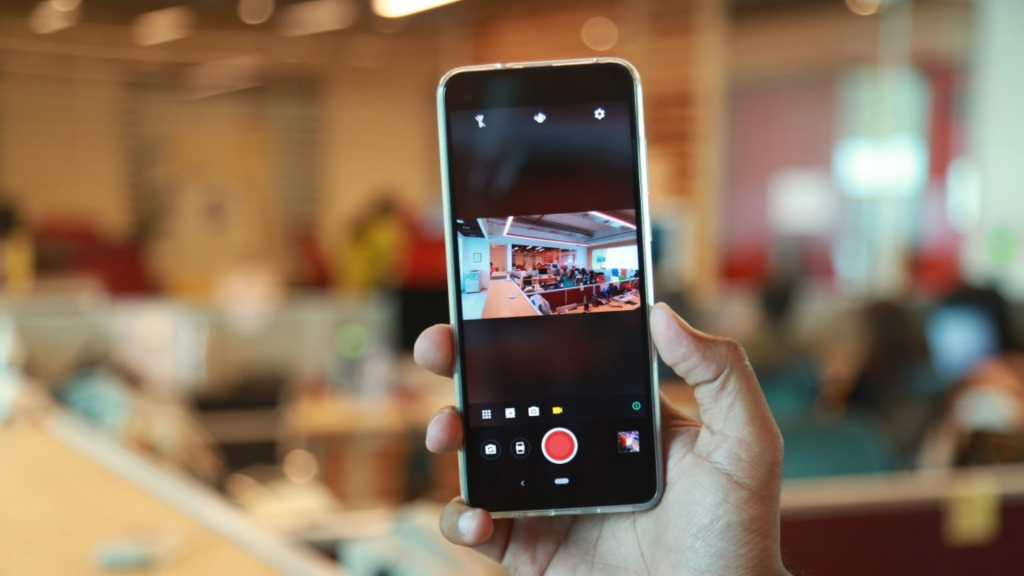 The third camera makes it even more special. It uses a 117-degree ultra-wide lens to capture 4 times more of the picture in a single frame. You can also capture landscape video when holding it in portrait form.

In addition, Moto One Action has a lot of recording features. You can also record full HD footage at smooth 60 fps and 4K video recording in 21:9 aspect ratios. It also captures better images than Moto G7 and the images are full of detail.

Moto One Action is having really nice features and it has been launched as the best-rounded device by Motorola. It has all the bells and whistles to go hand-in-hand with expensive smartphones.