The Vivo Z1 Pro is yet another arrival in the price-sensitive mid-range market where there is already a tough competition running between Redmi and Realme. The Z1 Pro is here to kill most of the mid-range smartphones by offering great value at the same price range. 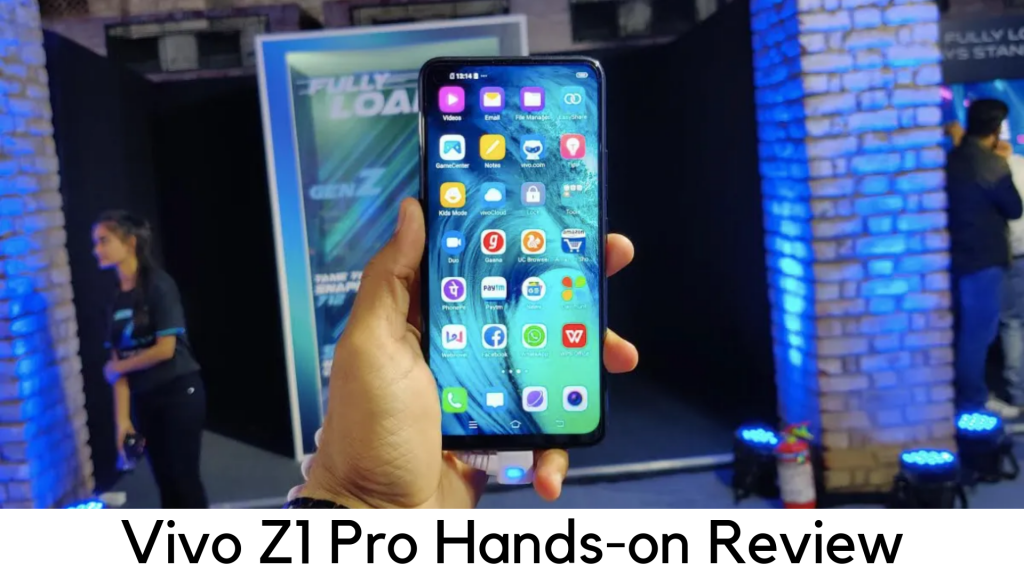 Some of the killer highlights are the seriously powerful Snapdragon 712 processor and Adreno 616 GPU for lag-free gaming performance, the super wide-angle rear shooters, dedicated Micro SD slot, and the huge 5000 mAh battery. In addition, the surprise package here is that this device comes with 18W fast charger out of the box.

Since Vivo Z1Pro has been built with attention to the hardware part, we have decided to start with the same. The Z1 Pro is claimed to be the first mid-range smartphone with the latest Snapdragon 712 SoC, which promises to give 10% better performance than Snapdragon 710 in major tasks. When it comes to configuration, it has two quad-core processors clocked at 1.7 GHz and 2.1 GHz. You can choose from 4GB to 6GB RAM models. When it comes to multitasking, it can hold dozens of apps and it is very easy to switch between them.

Not just on paper but in real life, Vivo is a true performer as app opening times, switching between apps and navigating through screens is a superfluid. The Adreno 616 GPU adds more power to gaming performance. We ran PUBG Mobile for 30 minutes in the highest graphics settings and there was no lag either. We also played other graphics-intensive titles like Dead Trigger 2 and Asphalt 9: Legends and they ran well with no frame drops.

The device gets a bit warm when it is used for longer period but it cools down quickly. The Game Cube is an added bonus here. It enables 4D vibration for the haptic response on games like PUBG and you can also block messages and calls while gaming. 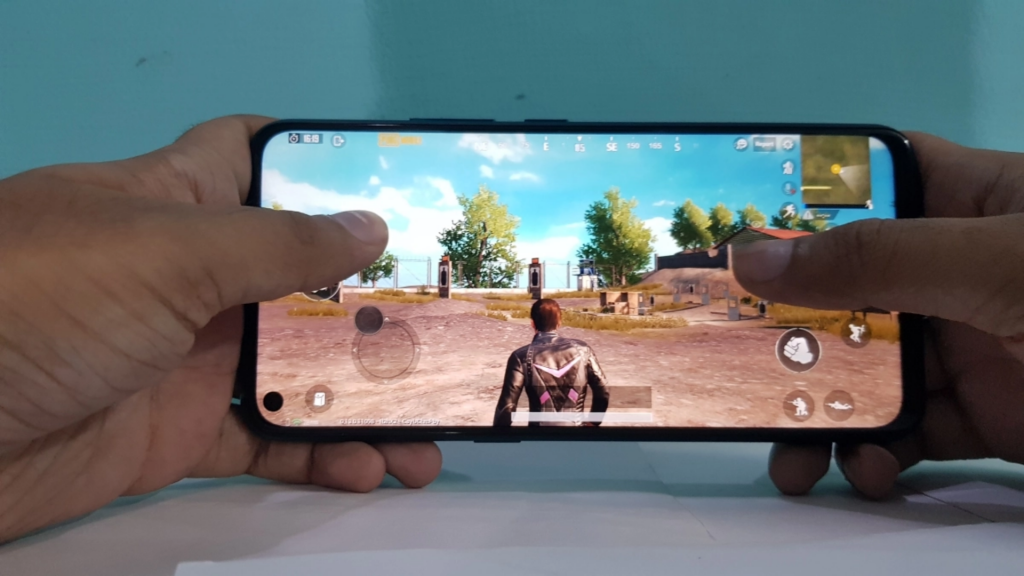 The power-packed 5000 mAh battery also never leaves you in the middle of something. It is built to last long and you will not want to charge it until the end of the day or the next morning. Even though it does not have USB Type-C port, you can still charge up quickly thanks to its 18W fast charger.

But here is a catch. The FunTouch OS 9.0 running on Android 9 Pie is full of bloatware, such as Dailyhunt, Amazon Shopping, Webnovel and a lot of unnecessary pre-installed apps. Luckily, you can remove these apps manually. Most users have a love-hate relationship with FunTouch UI as they believe it to be a cheaper replica of Apple’s iOS. It is especially when you swipe from the bottom.

However, one good thing in FunTouch is its dark mode. Along with the OS, it also turns several elements to the dark mode. Several third-party apps like Instagram and Twitter support this option for the user. However, some of the text is not noticeable because of the forced dark side.

The Vivo Z1 Pro is available with 3 color options – Sonic Black, Sonic Blue, and Mirror Black. Like all good things in life have a flow, the Vivo Z1 Pro has the back cover made of polycarbonate, a kind of plastic. Even with having a shiny and sleek finish at the back, the device does not look that hard in hands. The device has slim bezels and a big screen. For some people, the big display may seem bulky. For those who are into a great multimedia and gaming experience, this device nails it. You must go for it if you do not have any issue with its massive size. 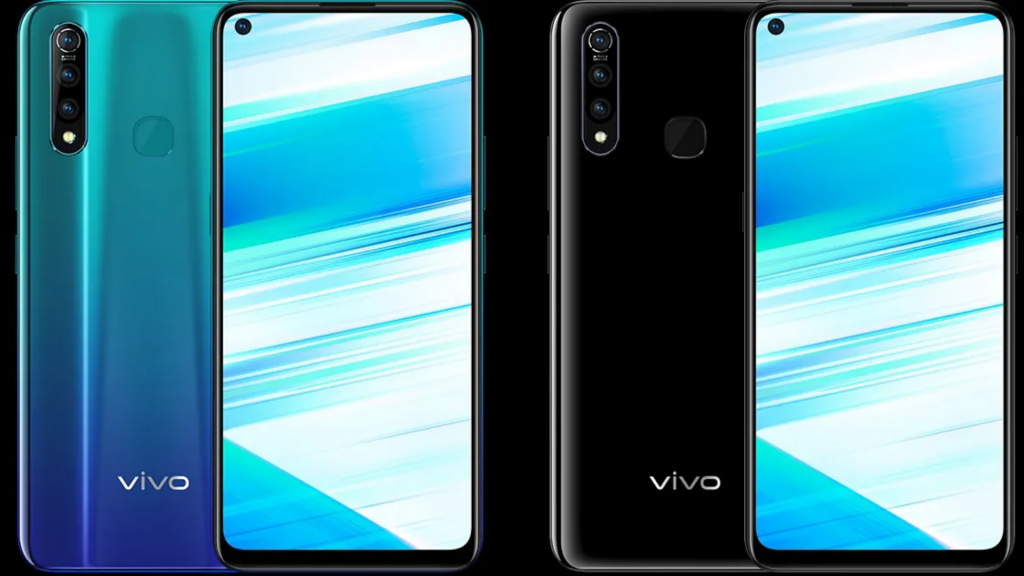 The display is another main part of a Smartphone after the performance. And Z1 Pro also kills it with its big and bright 6.53 inches FHD+ 2340x1080p display with 90.77 screen-to-body ratios. The in-display camera is another major highlight. It is the first Smartphone by Vivo with punch-hole display after Samsung.

The screen is bright enough indoors at 30% brightness. You can play games like Asphalt 9 and watch YouTube videos easily. However, it needs to have full brightness to see clear pictures outdoors. The viewing angles are also decent. If you are a serious gamer, movie lover or a sports fan, you will love this device with a bright and big screen. 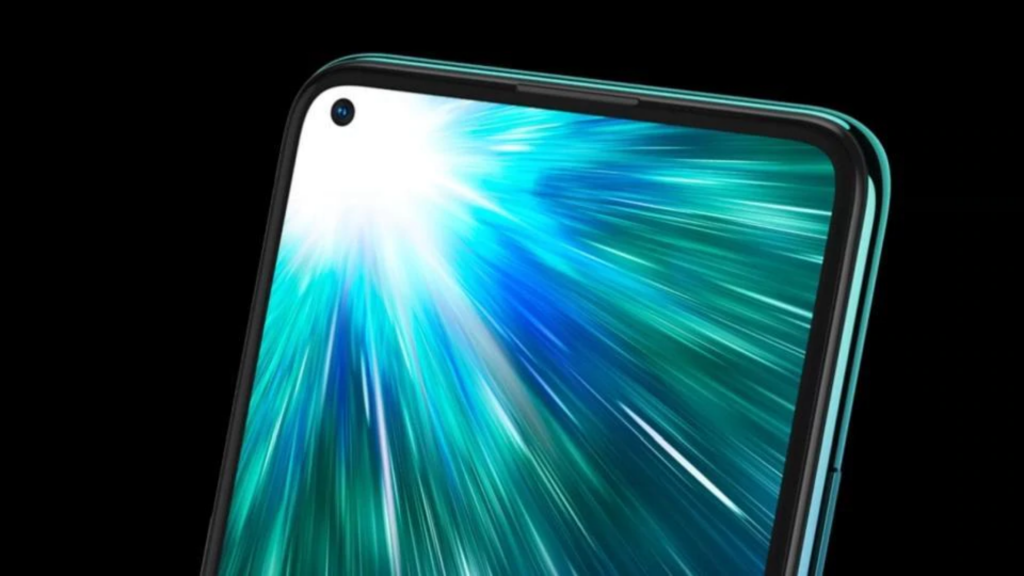 In addition, it has a 32MP selfie shooter. It has a lot of AI features on both the front and rear cameras to click sharp pictures.

There are three variants of Vivo Z1Pro available in Vivo’s e-store and various online stores since July 2019. The 4GB/64GB variant is available for $220, 6GB/64GB variant comes for around $250 and the highest 6GB/128GB model costs around $265. However, the availability and price may vary country-wise.

If Vivo Z1Pro had not missed USB-C port and glass body, it could have been a killer Smartphone in the budget segment. Overall, it is a beautiful Smartphone, which captures nice pictures in almost all lighting conditions, lasts a day after full charge, and offers killer gaming and multimedia performance. It is an all-rounder Smartphone and a great choice to look for.

Almost every device we come across has its pros and cons. It is up to you as what is more important to you. Does performance and display matter more than anything else to you? Then, go for it! For some people, FunTouch OS might seem unbearable. Well, this is not the reason you should overlook this Smartphone. On the design front, the Z1 Pro is the best choice. It has buttery-smooth navigation with killer performance, despite some bloatware. If you spend most of your time gaming and streaming, and UI and camera are secondary things for you, go for it!

Motorola One Action Review – The Perfect Android One Device by Motorola