The sixth addition to the refined A series of Samsung, the Galaxy A70 features the huge battery backup and one of the largest displays. It is basically a step towards the right path and to compete with more premium flagships like Oppo F11 Pro, Vivo V15 Pro, Nokia 8.1 and POCO F1. With that said, will Galaxy A70 have enough power to compete with premium devices? 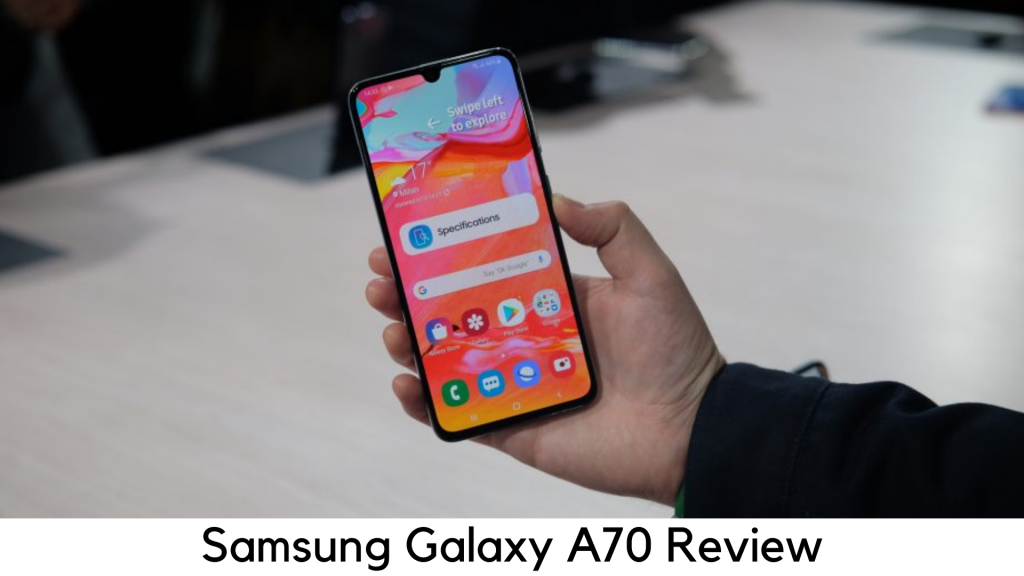 The 6GB RAM/128GB storage variant of Galaxy A70 is priced at around $420. You can buy the device via Samsung’s official online store, Amazon or other online stores. The device has been a tough competition against the likes of POCO F1, Vivo V15 Pro and Nokia 8.1. The device comes as an ideal package in terms of usability. It has a flashy design but the pop-up camera might be a breaking point.

The device comes with 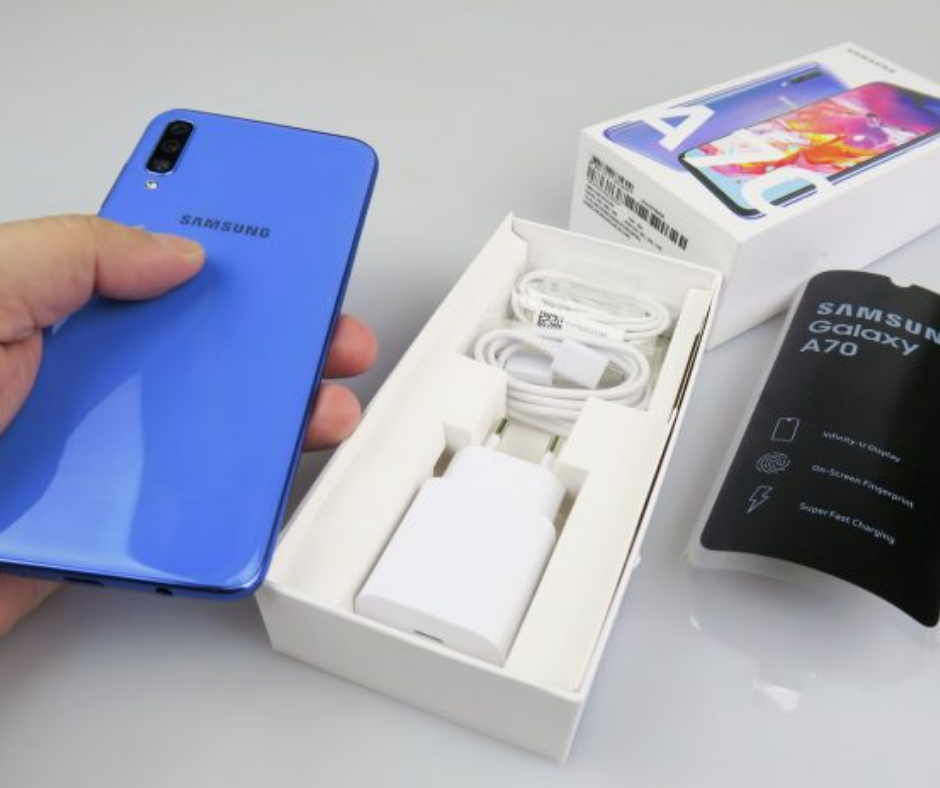 The package includes 25W fast charger which is a great addition as compared to other devices that ship with a low-powered adapter. 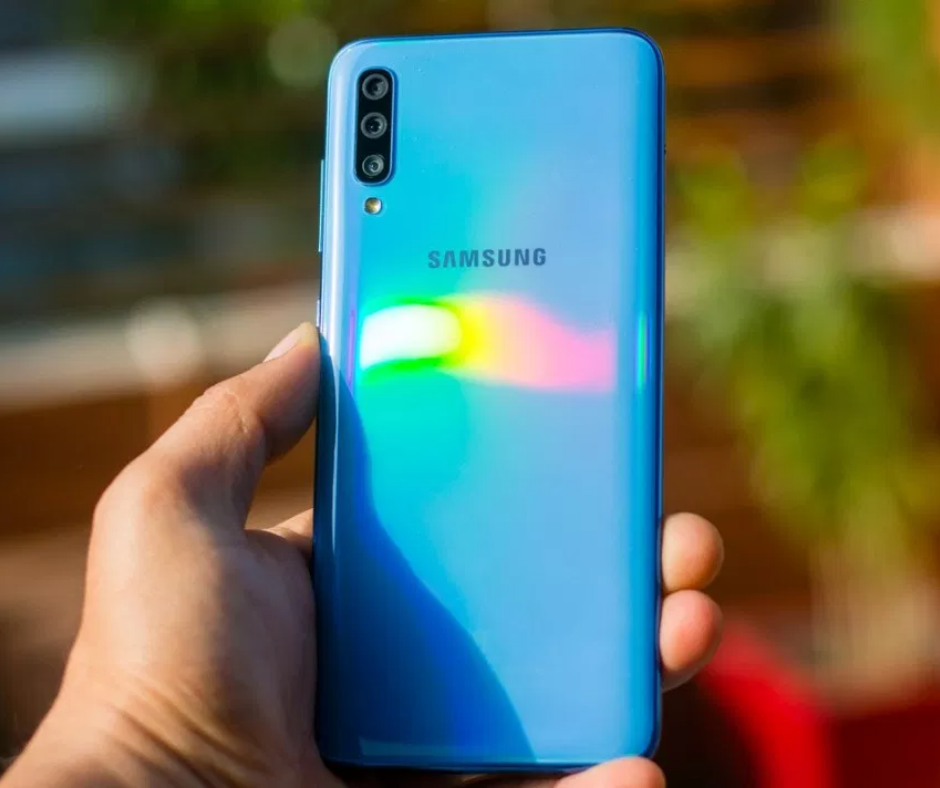 Design-wise, Samsung Galaxy A70 seems to be like a stretched version of A50. It is very identical to both Galaxy A30 and Galaxy A50. It has got an ultra-glossy plastic back panel with a rainbow pattern. But the back is vulnerable to scuff and scratch marks. This way, the bundled TPUU case can come in handy.

The chin is very slim with Infinity-U waterdrop notch and 6.7” display serving as a nice canvas to enjoy your favorite videos. It features an optical in-display fingerprint sensor which takes hardly a second to detect fingerprint. 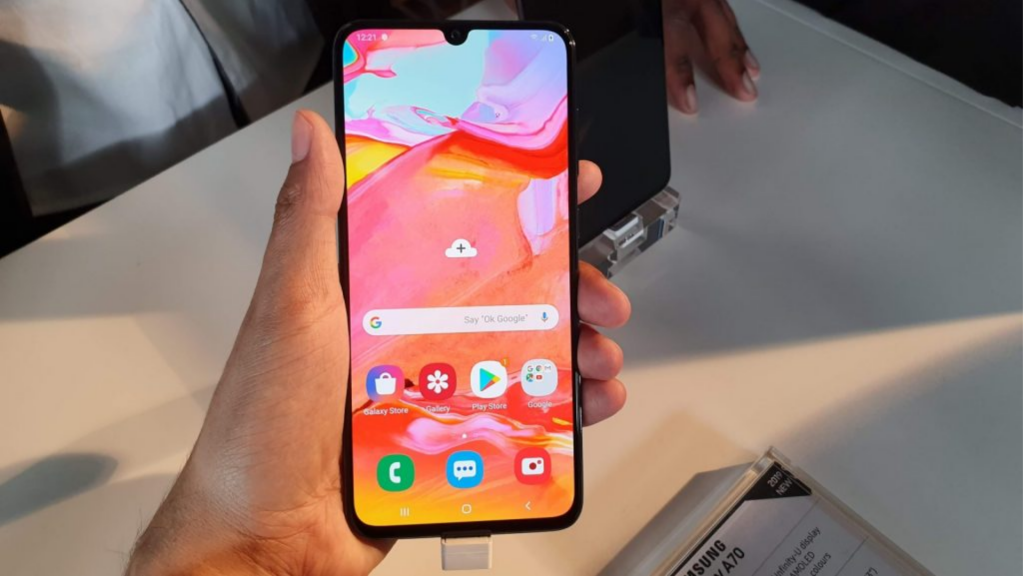 The device comes packed with a Super AMOLED panel with vibrant, large and bright display to enjoy watching your multimedia content. Be it PUBG Mobile or your favorite Netflix movies, all the elements come out on the display and really provides an immersive experience. 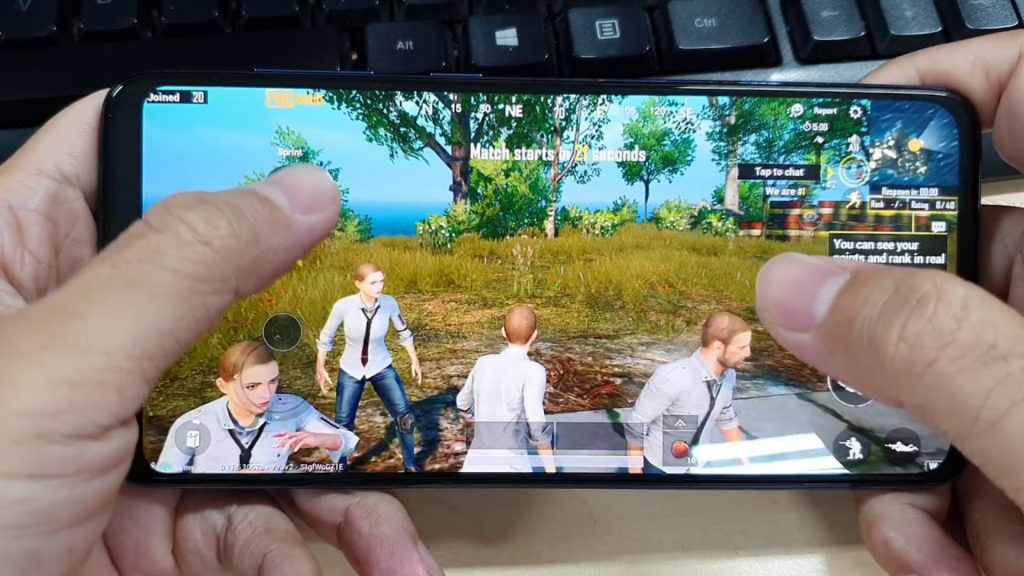 Galaxy A70 enters into competition with a lot of devices having SD 675 or higher. The SoC has a nice optimization in terms of battery life and performance and we got exactly the same in the real world.

It is powered by 6 Cortex A55 cores and an Octa-core Snapdragon 675 SoC. They provide all the power to the device you need. The same processor is found in Vivo V15 Pro and Redmi Note 7 Pro.

The processor handles various CPU-intensive roles quite well but its Adreno 612 GPU struggles behind Snapdragon 710 and Adreno 616.

But the device comes with 128GB storage which is expandable through a dedicated microSD slot. It supports dual VoLTE in nano-SIM slots. The Galaxy A70 was quite great in daily use.

The company has done a great job in software optimization. In ultra graphic settings, PUBG Mobile ran quite well, despite its warning against a lower frame rate. On longer sessions, the device got warm a bit but it was still easier to hold the big screen.

The A70 is powered by a 4500mAh battery to easily last a full day or longer. The device lasted up to 2 days on real use. The on-screen time was around 7 hours, which is quite good with such a large display.

It is also the first Samsung smartphone to come with 25W fast charging support. You can charge it within 2 hours, though not faster than some other norms like Dash or VOOC charge.

The device runs One UI 1.1 with Android 9 Pie on board. The interface is quite user-friendly with different customization options. It supports traditional navigation keys as well as gesture-based navigation. Unlike Chinese competitors, this Samsung device comes with a limited set of branded apps.

So, it’s up to you as to which one to keep and which to remove. It has limited removable bloat in terms of Daily Hunt, Netflix, Amazon, etc. 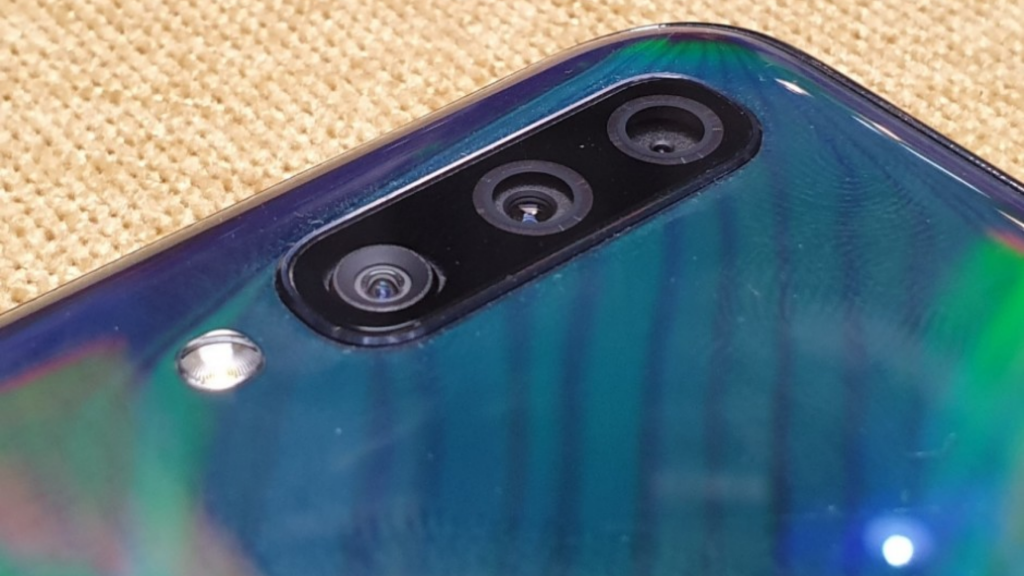 The camera is one of the major improvements if you are expecting to upgrade to an upper mid-range device. In indoor lighting conditions, the camera doesn’t perform quite well with a bit of softness and warm white balance.

But when identifying the subject outline, it works really well. You can find a bit of drop when shooting in low light and indoors. In fact, the selfie camera is quite good. With pixel binning shot of 8MP, the output varies as per the setting you pick.

You can record up to 4K videos at speed of 30fps. In the recorded video, the dynamic range was not up to the mark as it lost most of the details in dark mode. However, it is great to shoot video in slow motion on 480fps at 720p resolution. It calls for proper lighting to show the best results.

All in all, the Galaxy A70 is among the balanced phones right now in terms of specs. It may not be that powerful and it doesn’t have the best camera either. But you will get the right balance of usability and performance. Reliability is the best definition to describe this device.

We haven’t noticed any lag or stutter while using it and playing games. The massive 4500mAh battery can last longer for a day of usage. Design-wise, it looks premium but its plastic back needs a protective case as it is more vulnerable to drops.

Samsung Galaxy A70 is truly an ideal upper mid-range device. Between the great battery life and nice experience, the Galaxy A70 stands as one of the best devices for your average usage.