The iWatch Series 3 or Apple Watch Series 3 is still a powerful smartwatch, though it is not the latest wearable tech. The Apple Watch Series 3 comes in two variants – one with GPS only and one with LTE connectivity. As an upgrade to Watch 2, this gadget has been a leader in longevity and fitness, with water-resistant casing, and cycle and run tracking onboard, and the heart rate monitoring underside. 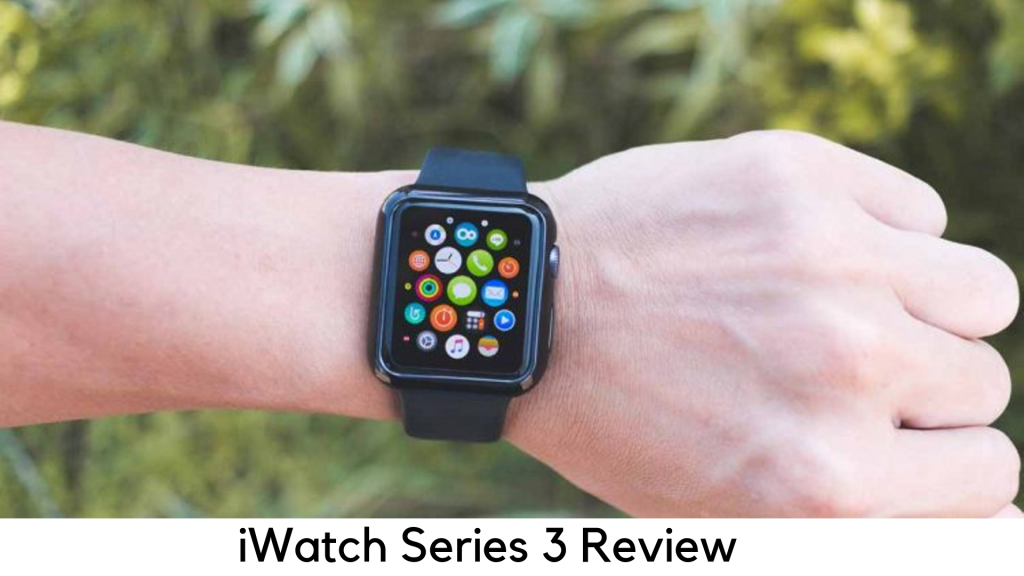 The Apple Watch 3 runs the watchOS 5, which is a great upgrade. The Apple Watch 4 is here but Series 3 is still a great option. Both Series 3 and Series 4 are backed by watchOS 5 and also come in two variants.

WatchOS 6 is launched and Apple is also going to bring new watch faces, App Store and menstrual cycle tracking to the smartwatches. Apple Watch 3 is expected to have these features soon.

The Apple Watch 3 was launched as the most expensive smartwatch by the company in late 2017 but the price is now slashed with the launch of Series 4. There are 2 variants – one with GPS only and one with cellular/LTE connectivity.

Both 38mm and 42mm sizes of Watch Series 3 are 2mm smaller than their Series 4 successors. On the digital crown, the red dot glare is the symbol of 4G/Cellular functionality on the Series 3. On Series 4, it has been toned down and is now an outline. The color spot adds a bit of fun but also clashes with some of the band colors. 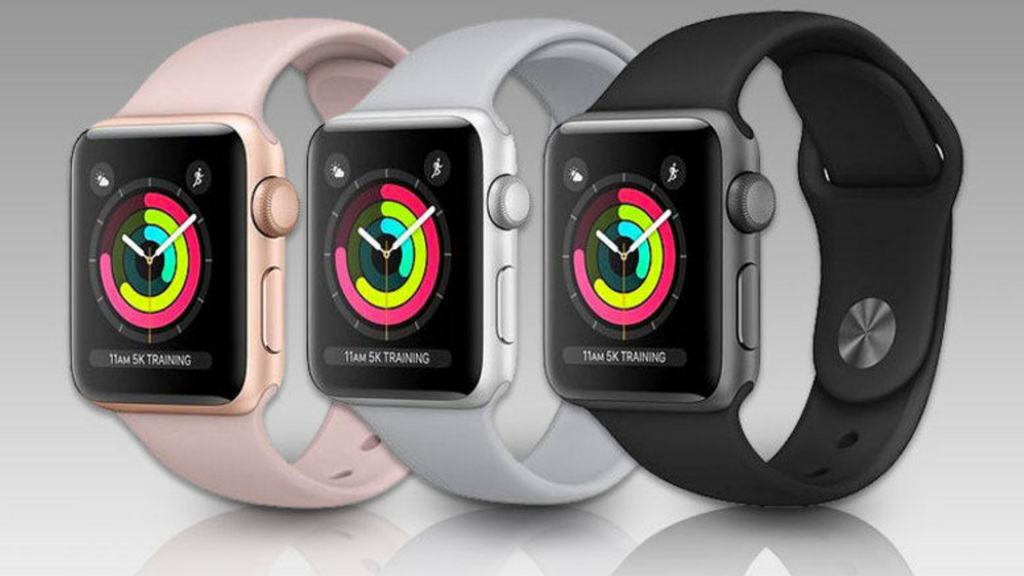 Since the launch of Series 4, the Series 3 is available only in space grey aluminum and silver finishes. Overall, Series 3’s design is quite identical to the earlier versions. If you already have bands from Series 2 or original Apple Watch, these will also fit with Series 3 and the newer Series 4.

The 4G connectivity in the Cellular+GPS version was the best feature of Watch Series 3. So, you can easily leave your iPhone at home and run while it is being charged up at home. The display hides the UMTS cellular radio antenna and 4G LTE. They get back in action whenever you go away from the iPhone. 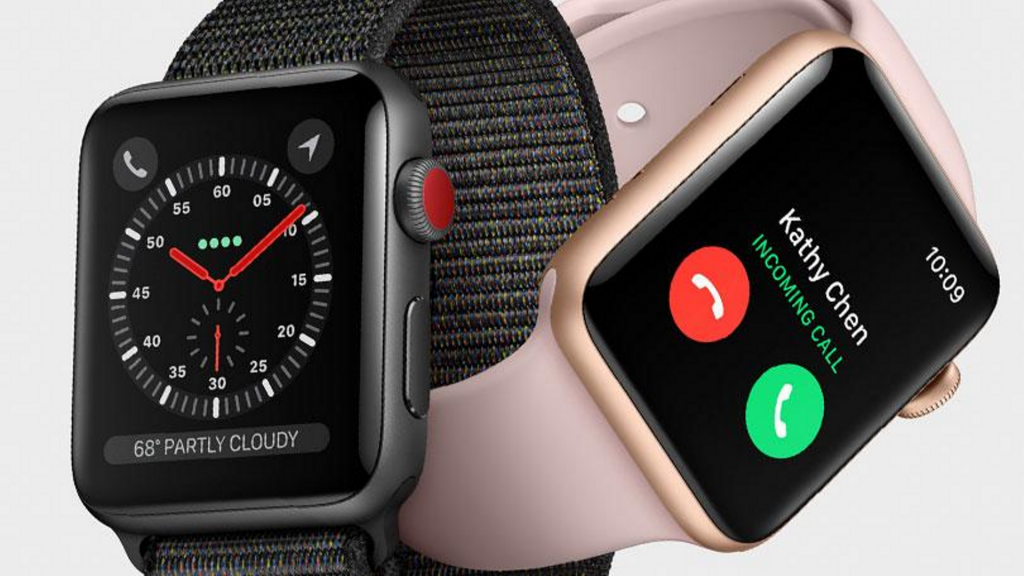 It is currently available on O2 Vodafone and EE networks only. It shares the same number as with iPhone thanks to eSIM tech. You do not have to swap out the interchangeable SIM. The eSIM is 100th the size of a physical SIM. So, Apple hasn’t expanded the size of the device. You will need to pay extra £5 per month for this connectivity. All four networks are covered in the US.

You can use those connectivity options to receive messages, make calls, access Maps, listen to podcasts, and stream Apple Music. It has basic yet user-friendly call interface with a number pad. If you have connected a Bluetooth headset like AirPods, you can also call your favorites and contacts.

When there is no major change in the design over the last generation, Apple has made a lot of changes under the hood. The third-generation dual-core smartwatch processor, S3 is powering the iWatch Series 3. With this upgrade, The Watch Series 3 has got smoother graphics, faster app launch times, and built-in speaker for voice commands through Siri. 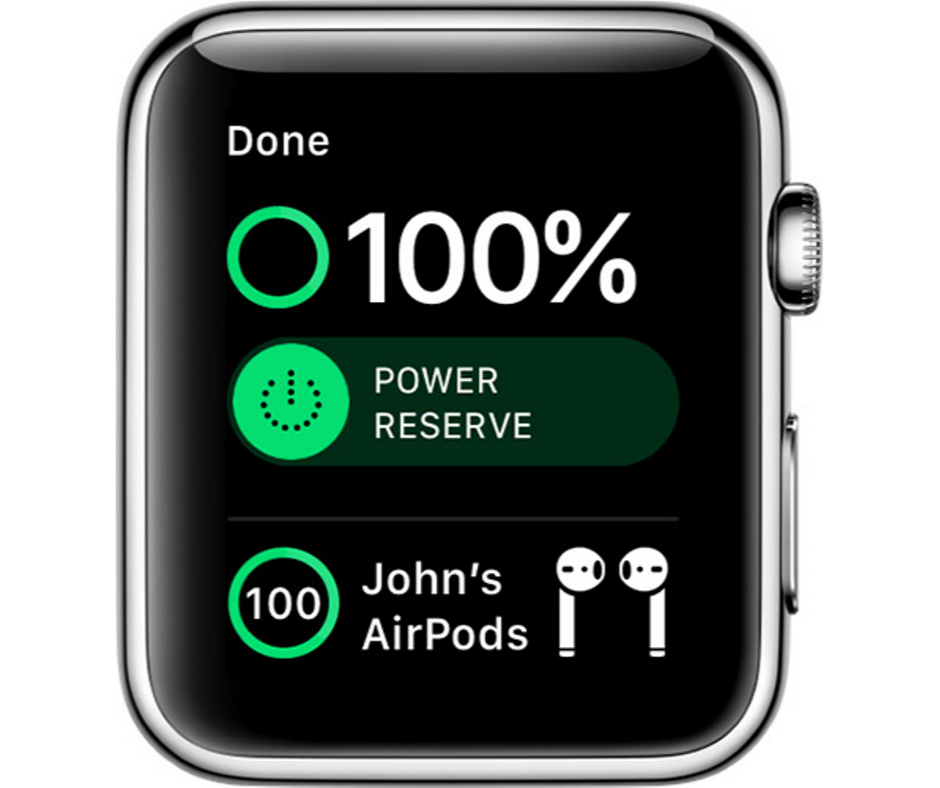 Apple has also improved the W2 chip for 85% faster performance in Bluetooth 5.0 and Wi-Fi. It takes just a second or two to connect to your Bluetooth headphones or AirPods.

Series 3 lasts happily all day long in daily use. However, if you are going away for a long weekend, be sure to carry your charger. The Apple Watch 3 also comes with barometric altimeter for tracking stairs climbed, elevation gained, and other outdoor activities. It is even better for skiers, cyclists, and boarders. It is a great feature available only on professional sports watches.

Listen to Podcasts and Music on the go 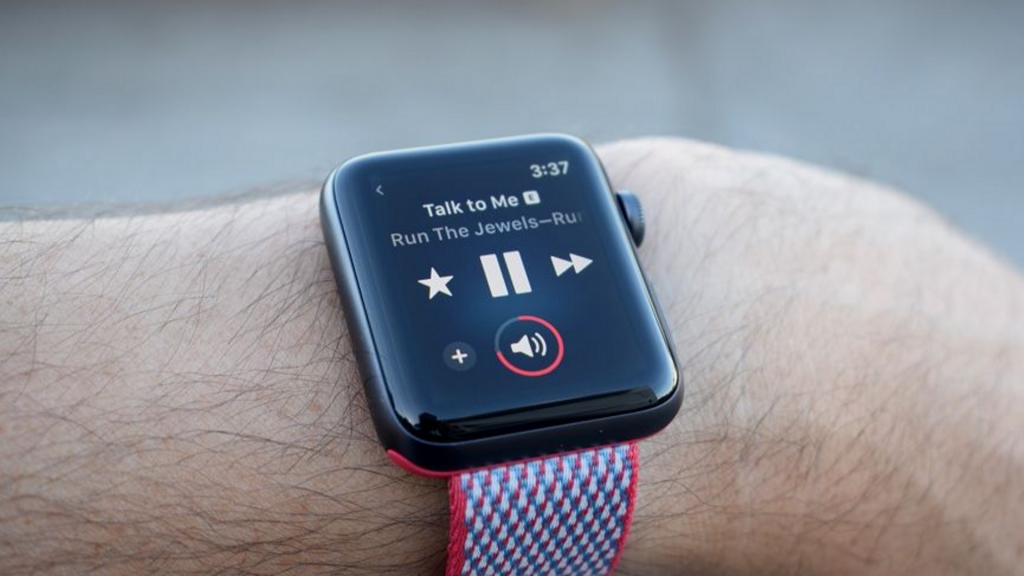 You can stream over 40 million songs on Apple Music on the go if you have been using 4G LTE/Cellular version, even without carrying iPhone. It is a cool feature, especially when you are working out or on the mid-run. You do not have to worry when it comes to switching the music. WatchOS 5 also supports podcasts. However, such features are limited only to Apple apps. However, it is still expected for the Apple Watch to support Spotify via the cellular network.

The watchOs is a great improvement on the Series 3, especially because it can detect workouts that you have not started manually. It tracks mile data and also performs target pacing for runners. It also adds new workouts for hiking and yoga. The Siri watch face now supports Siri Shortcuts. You just have to raise your wrist to activate Siri.

It has also improved notifications with more interactions. The Series 3 also comes with a Walkie Talkie app, but it is not yet helpful. Nevertheless, you can easily sync podcasts with it.

The 4G connectivity is a great standout feature and competitive pricing is another great hype since Series 4 has launched. The Apple Watch 3 is still the best choice over Series 4 because it has all the similar features. The major difference is a bigger screen and thinner body. However, you may not want to pay such a heavy price for some minor changes.

Sony SmartWatch 3 Review – Is it the Best Android Smartwatch yet?