Hybrid smartwatches are not one of my personal favorites but they evidently come in a myriad of varieties and specifications. They are well-known for their simplicity, both from the looks and the feels and functions. 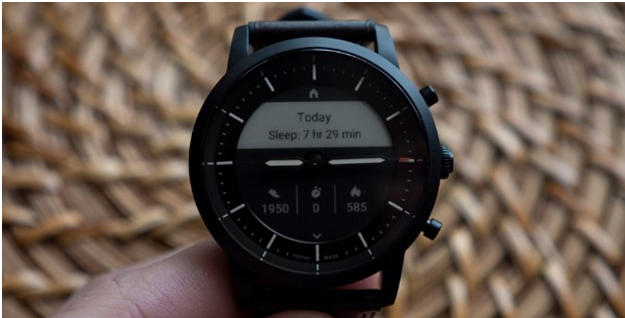 Some just simply keep track of your daily activity and stop there. Whereas others are entirely just smartwatches but with hidden displays. Some devices even fall somewhere close to in between the two.

However, the Fossil Hybrid HR is a smartwatch that leans on the smarter end of this wild spectrum.

It can’t be called an Apple watch for sure, but it also cannot be called anything less of a smartwatch. There is just so much controversy beyond this watch’s own unique design.

But if you are confused then here is a complete review of the Fossil Hybrid HR that you might just find useful.

If you get a first glance at this watch and forgivably mistake it for an analog watch then perhaps it would comfort you to know that you are not the first.

The very design of the watch is classy and has an analog look to it. Complete with a set of analog watch hands it is easy to pass it off as such.

It even spots numbering around the bezels of the screen. A feature that has long since existed in a lot of analog designs.

For one E-Ink uses minimal battery allowing the HR to last at most two weeks after one charge which is obviously a very handy feature.

The E-ink display also does a unique job of blending in with the watch face. You can hardly notice the whole display except for when the user wants to look at the notifications and such.

This feature just makes the watch blend in fairly with the environment and outdoes a lot of AMOLED displays in the process too.

The Hybrid HR, however, lags a bit due to the fact that E-ink screens have lower refresh rates that the screens offer. This was a common problem with the E-ink screens and even though some amendment has been done there is just still a lot more lagging present in the screens. 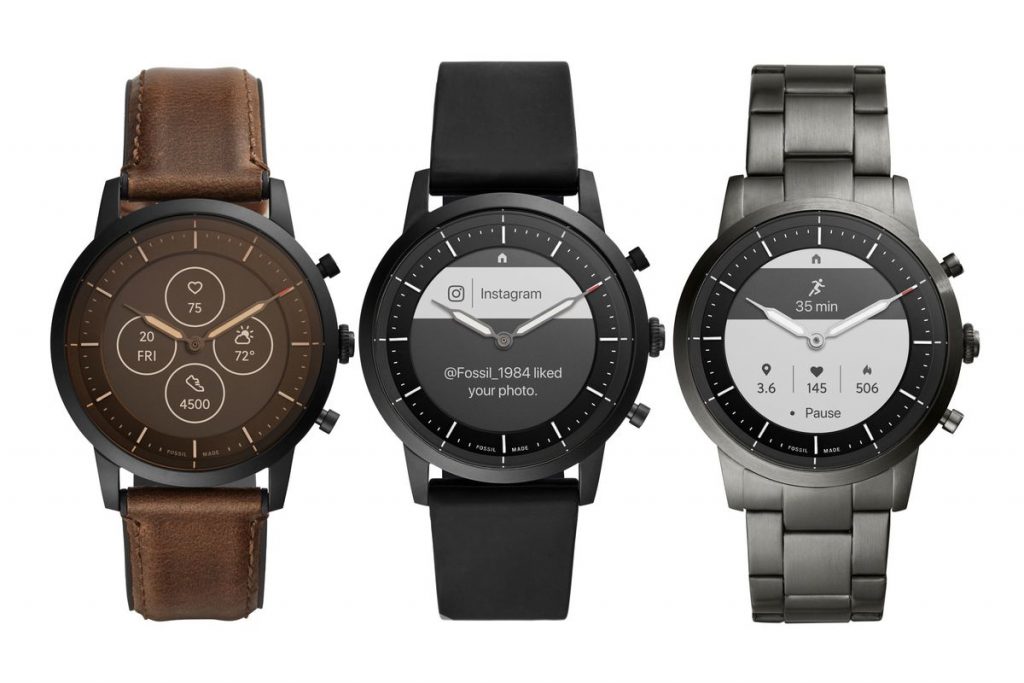 The display, however, spots a read-out display that is essentially just the company’s fancy way of saying e-ink. There are a couple of pros that come with the e-ink screen and some fair set of cons that the accompany the screen.

There are a couple of times that the OS lags whenever one is trying to operate the device. As infrequent as this might be there is still need to not it out.

The Hybrid HR’s screen is not lit up by default which can prove to be extremely difficult to view in low lighting conditions.

To a plus side, Fossil took note of this and added a backlight option that can be accessed via double-tapping the screen of the watch.

Another interesting thing about the Hybrid HR watch is that one can flick their wrists in case the watch face’s hands are blocking other information that you want to see. What this flick does is that it sends both hands of the watch spinning in opposite directions.

The hands also automatically move onto the three and nine positions whenever the owner is scrolling through the menus.

Since we are talking of scrolling menus, the Hybrid HR just so happens to not be a touchscreen watch. Hence you can handle all navigation by the side-pushers on the side of the watch’s casing.

The interface of Hybrid HR

Software features are obviously limited in the Fossil Hybrid HR. This means that if you are a fan of smartwatches that can play smart games and connect to the internet then you are in the wrong place. Hybrid HR has a very minimal and simple design to its interface that would favor anyone that has intentions of having a watch that is both modern and simple.

You can assign simple shortcuts to the earlier-mentioned side buttons. These include functions such as workout mode, wellness dashboard, stopwatch, music control, timers, and weather.

There are so many performance ups and downs in this bad boy. Hybrid HR is a good watch, it really is, and for an entry in its genre, there’s just so much that can be said of it.

However, there are those few downs that I am honestly trying to avoid mentioning but just not possible. Features such as built-in GPS are absent. I almost freaked when I noticed this but sadly, yeah, there’s no GPS.

It’s a good workout watch and you could consider using it for work out but, honestly, it personally wouldn’t be my first choice.

It can track the calories you burn, your steps, active minutes, heart rate and all that but no incorporation with other fitness apps that are also as important.

The step count, however, is admirably accurate and can be one of the features that I’d openly rely on in the Hybrid HR watch.

For a watch that’s classy and such a great judge of character, the Fossil Hybrid HR watch is very up to date. It’s not necessarily meant for geeks and gurus but it plays the part quite efficiently and showcases a brand that is genuinely new in the market.

This watch also goes as far as to sync with the user’s outfit which is a feature that is present in a lot of smartwatches nowadays. However, it tends to lean onto a more classy approach than an urban fashion kind of look.

All in all, it’s a nice watch and worth getting if you are a fan of minimalistic watches.