One amongst the past centuries major trademarks were the smartwatch. This trademark has been going on for quite a while now and it is safe to say that smartphone companies are slowly letting in new avenues to this approach. 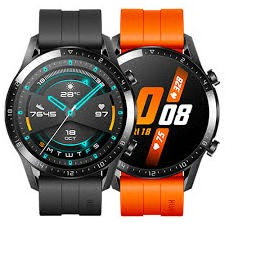 Companies such as Apple and Samsung have been producing smartwatches that have won the hearts of many for a long time. But now new products are to be expected from other smartphone companies.

One such smartphone company is Huawei. The company released an update on their Huawei Watch GT and it is just wanting. Without further ado, here is a detailed review of the new Huawei Watch GT 2.

The very look of the watch has a sporty look to it and is admirably simple. It bears its trademark fitness tracking feature all bottled up into one watch that has bee considered fancy in a lot of places.

The watch runs Huawei’s very own Lite OS so for the famous tweakers and app installers this just won’t work for you. However, the company put a lot of thought into development for the watch. This being said, it is safe to say that the watch has every basic aspect that a smartwatch should have.


But the greatest question in mind is what the GT 2 has that the GT didn’t? Well, better dumbed down, the GT 2 gives you options. There are basically two versions of the watch fro which one can tell one is slightly larger than the other. The smaller version is 42mm which is fairly small for a smartwatch.

While the larger version of the watch spins at 46mm which allows it a speaker and full phone call functionality when connected to your phone. It also has stress-tracking and storage of offline music.

The watch is available in various unique designs. I guess this move is set to help the owners be able to change their watches according to their style. However, one universal aspect of the watch is the OLED screens.

With such great differentiation, I feel it would have been better if the 42mm version just stuck to a simpler name like lite or something just so guys buying wouldn’t feel short-changed. But those are just my opinions.

There are basically three versions of the main versions (wow). The smartwatch can further be divided into Elite, Classical, and Sport versions. Each version has definitive straps and finishes with metal being included in the mix.

Around the back of the watch is a noticeable, slightly raised heart rate monitor and a set of two POGO pin connectors that are meant for charging.

Like I had earlier mentioned the watch comes with Huawei’s own Lite OS. This OS is very nice and easy to navigate around. Aside from the inability to download apps at will, it is pretty precise and easy to figure out.

Some key examples are such as the ability to swipe down to gain access to quick settings and horizontally in order to scroll through key elements. All pre-installed apps can be accessed through the upper button whereas the lower button can be customized to do a number of functions.

It has a number of feature staples such as the alarm, the timer, the alarm, and the stopwatch. However, it cannot multitask and switch between applications can be strenuous. Especially if you picture a time that you’d need two apps to run consecutively.

Now one main formality of the watch is the performance. The Huawei Watch GT 2 performs fairly but it is still a long way from getting into the big leagues with the kinds of watches that Samsung and Apple produce.

The watch’s operating system is not biassed and works freely with both IOS and Android operating systems. It is also linkable with health and fitness apps such as Apple’s Health app, Google Fit and also My Fitness Pal.

Albeit, there’s no linking the watch to more serious exercising applications such as Edmondo or Strava which limits the user to lite that are not intense and non-athletic drills.

So if you are a serious athletics enthusiast or athlete then you might not find it that convenient.

Like I said, the battery life of the Huawei Watch GT 2 is not all that dependable, so it might help if you could tone down on some miscellaneous usage and cut off the use of some of the apps in order to have a more substantial outcome.

The watch also leverages some 4GB worth of storage mainly for songs. You can listen to these songs via the watch’s speaker or even a Bluetooth device.

The watch’s processor provides some really smooth animations. The Kirin A1 processor is not new to Huawei’s devices with the processor being relatively showcasing in the FreeBuds 3 earphones by Huawei.

the watches may, however, have a few slowing down frame rates in use once in a while. Though this is not experienced commonly it is something to watch out for like when you could be using it during gym hours.

The watch is literally a charmer and I feel the company has done a lot of amendments here and there. But, to put such a watch up against brands such as Apple and Samsung would be nothing short of carnage.

It is a good start however for the company and we sure do hope to see what more the company can do for the smartwatch in the near future.