With the launch of the most awaited Google Pixel Watch, we are expecting Wear OS to come up at its best. But it doesn’t feel like we are going to see it anytime soon. According to the speculations, Google was expected to launch it with Google Pixel 4. But has it happened? No! 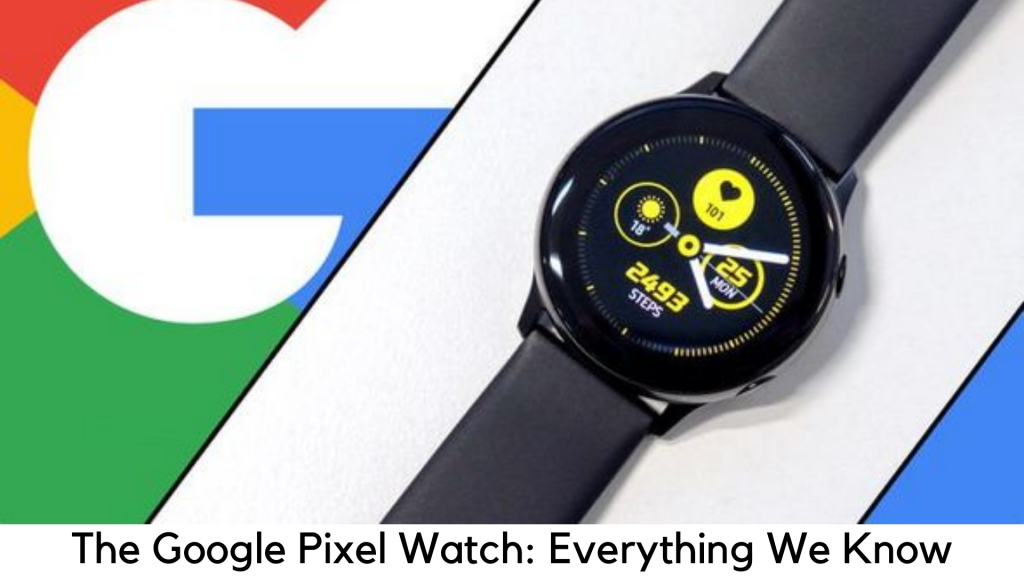 There are also rumors that Google was working hard to make its official smartwatch to showcase what Wear OS can do just like they had done by introducing Google Pixel phones to represent Android. But we haven’t seen any Google-branded watch yet.

In 2018, @Evleaks, a reliable Twitter leaker, had reported that Google Pixel Watch was being developed and he got the leaks from a trusted source. According to his source, it was supposed to be announced with Pixel 3 and 3 XL. But it didn’t happen either.

Meanwhile, we are about to break down all the details we know about the Google Pixel Watch so far. We don’t know whether it will really happen. But we have listed some of the speculated designs and features of the first flagship smartwatch by Google.

For the rumored Pixel Watch, the official release date has not been announced yet. We heard the latest rumor which claimed that it is October 15 but it didn’t happen and we got only Pixel 4 launch.

We got our first rumor of the launch date in a tweet from Evleaks who claimed that it would be launched with Pixel 3 and 3XL earlier this year, according to his reliable source.

Along with second-generation Pixel Buds and Pixel 3 and 3 XL, a reliable source was fully confident that, a Pixel-branded watch would also be launched during the fall hardware event by Google. And it was reported in May 2018.

But in 2018, Google also confirmed that there would be no Pixel Watch anytime soon. Does it mean we would see it in 2019? Maybe there is no guarantee.

According to a report about 3 variants of Google Pixel Watch by WinFuture, the device has been on another level of verification of the design. So, it means it is being tested to find out if it is ready for mass production.

It shows that the design would be final enough for the production line in the future. Also, it has been cleared that a new codename has been found for a device “medaka”.

It is nothing new because Google always gives its products with a codename of sea creatures. Medaka is a small fish and the device may not have a notch. So, it seems to be a Pixel Watch.

Price-wise, we don’t have any strong information. Since the Pixel range usually brings high-end products with some flagship-level prices, it is expected that the smartwatch would also come at high prices. But we don’t have any evidence currently to prove that.

What about the news and speculations?

There is nothing much known regarding Pixel Watch when it comes to specs. It is all set to be a high-end device that uses the latest smartwatch techs.

It is expected to run the latest and most powerful Qualcomm Snapdragon 3100 SoC which is known to improve battery life and give more power to your favorite apps. 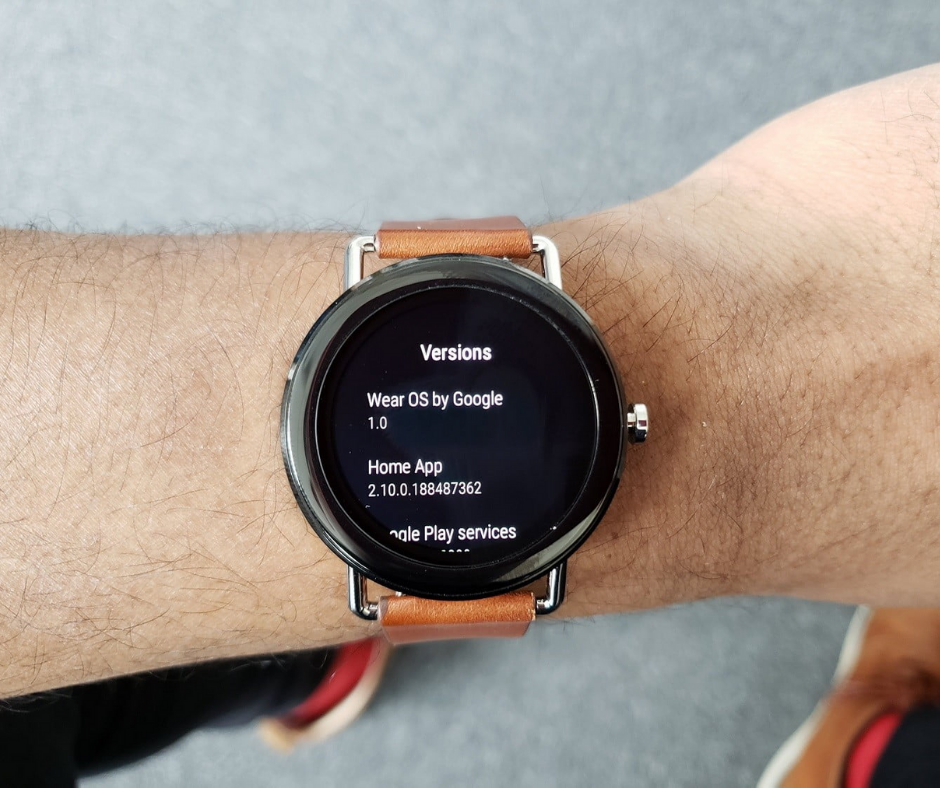 The codename “Blackghost” is another rumored feature that is somewhat related to the power management circuit in the chipset. With this feature, your watch will hear your voice commands all the time without affecting battery life.

It is not actually the feature of Snapdragon 3100 chipset. But Google may have found a way to add this exclusive feature.

Another report from WinFuture suggests that the Pixel Watch will actually have 3 versions to be developed. The website has suggested some codenames for devices like Triton, Ling, and Sardine. All of these are being developed at Google HQ.

The exact differences between the devices are still unclear. It seems that there will be three variants of the smartwatch. According to the same report, one version would come with up to 1GB RAM, which is huge in terms of the smartwatch.

It is also speculated that one watch will be based completely on fitness and others will have LTE support. We still haven’t heard so far as to what those versions are going to be.

Here are some of the features expected from Google Pixel Watch –

Android Wear 2.0 has been focused on the way design is reworked to go well with rotating crowns or bezels before switching to Wear OS. We are yet to see other watches having that feature. 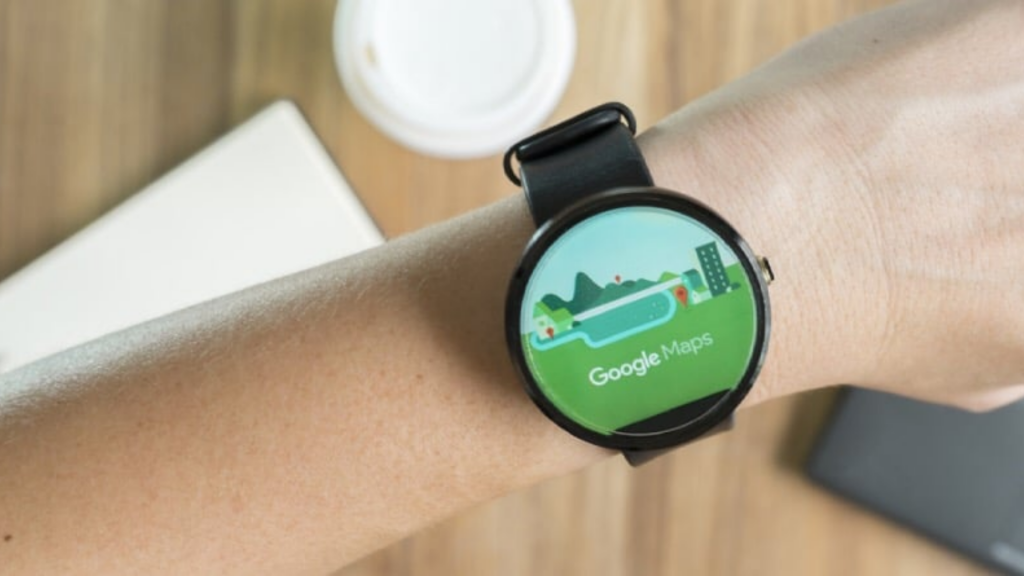 We have seen smartwatches with some level of water and dust resistance. But only a few have managed to come with high enough IP rating to ensure that they can survive when we splash into the pool. We expect a completely waterproof Pixel Watch which would let you keep it on in the pool and also track your activity without any fear.

Well, this one is quite simple. We expect Google Pixel Watch which doesn’t need to charge up even after 2 days of heavy usage.

Wear OS features a handy battery saver mode which can give even more time with smartwatch while limiting some features when it is turned on. Google definitely needs to improve the longevity of the smartwatch after a single charge.

Adding an in-display fingerprint sensor can definitely put Pixel Watch ahead of the competition. Currently, Apple Watch and Wear OS watches are locked with a PIN code.

But it is not that secure. The in-display fingerprint scanner can fit smoothly into the watch without having to affect its visual appeal. You can also allow purchases with NFC.

But there are a few challenges. First of all, the thickness of the watch could be increased by adding this technology. Second, it might also cost higher. If Google manages to deal with these challenges, Pixel Watch could be a killer tech for Android users.

How to Find Cheapest Flight Tickets

Easy Steps to Keep Malware Off Your Android Phone