We all know that Samsung is one of the most popular and best Smartwatch makers across the globe. They can compete with leading brands such as Fitbit Versa 2 and even Apple Watch 5. Since 2013, the company had started to design Smart Watch Samsung and initially launched the square-faced model and lacking with the Samsung Galaxy Gear model. We’ve seen various iterations of its wrist wear over those last six years, and the company has since come into its own with its latest series of wearables. 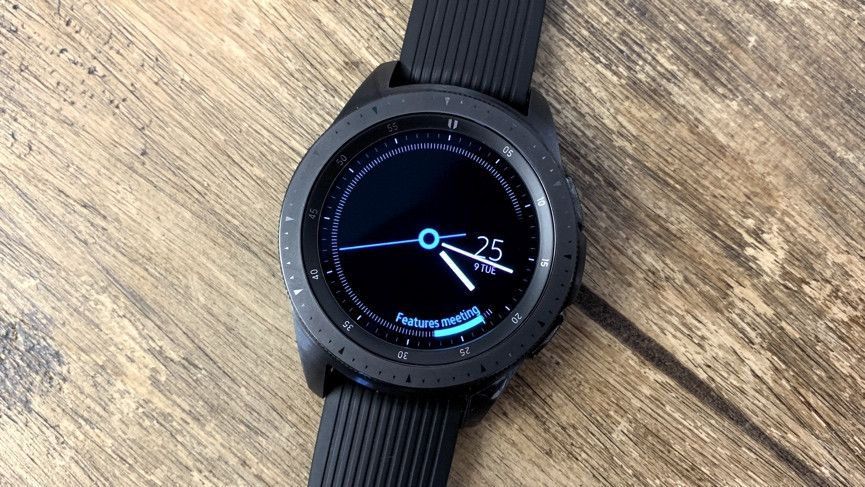 Tizen is the name of the software you’ll find running on these devices, and it offers a similar experience to the Apple Watch range of Wear OS watches. There are fewer third-party app options available on Tizen devices, but there are still a lot of choices available.

Find below the list of best Samsung smartwatches offered from Samsung brand:

The Samsung Galaxy Watch 42mm Rose Gold is available in midnight black and silver, as well as a rose gold variety that looks best alongside both evening wear and work outfits.

Its Super-AMOLED display is a respectable 1.2 inches and is accompanied by a rotating bezel for easy manipulation through the different apps. 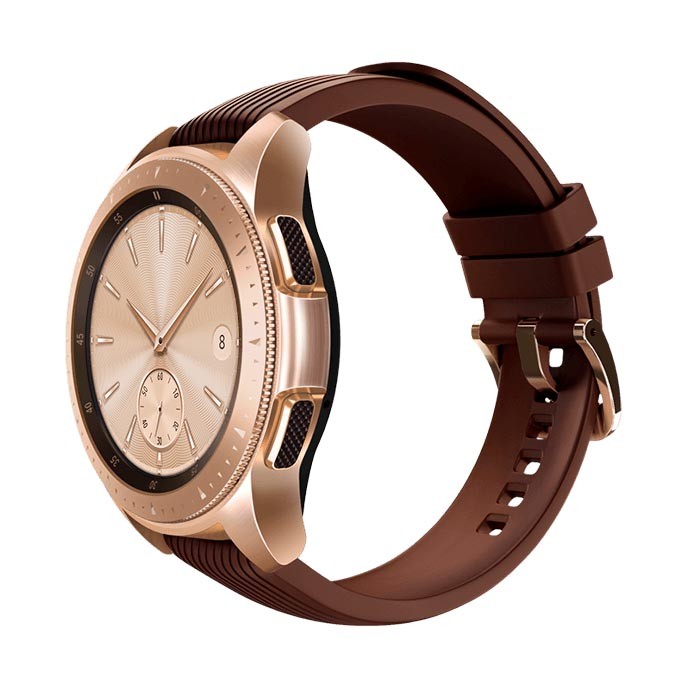 It’s safe to use when swimming and it’s resistant to falls of about five feet, not to mention extreme temperature changes, shocks, and vibrations. There’s Samsung Pay support included, making this a great watch for everyday use.

Underneath that attractive exterior is plenty of power with a four-day battery life enabling users to monitor their heart rate, track their location via GPS, as well as receive notifications and take calls via the device and Bluetooth.

Stylish in a timeless classic kind of way, the Samsung Gear S3 Classic will complement your outfit and other accessories while still being eminently practical. It has the distinctive steel rotating bezel favored by other Samsung watches that makes it easy to access apps and notifications with a simple twist.

The most important unique feature of Gear S3 Classic could be its AMOLED screen with the On-cell Touch feature, which allows the users to attend the calls with the help of Bluetooth, microphone, or even integrated speaker. 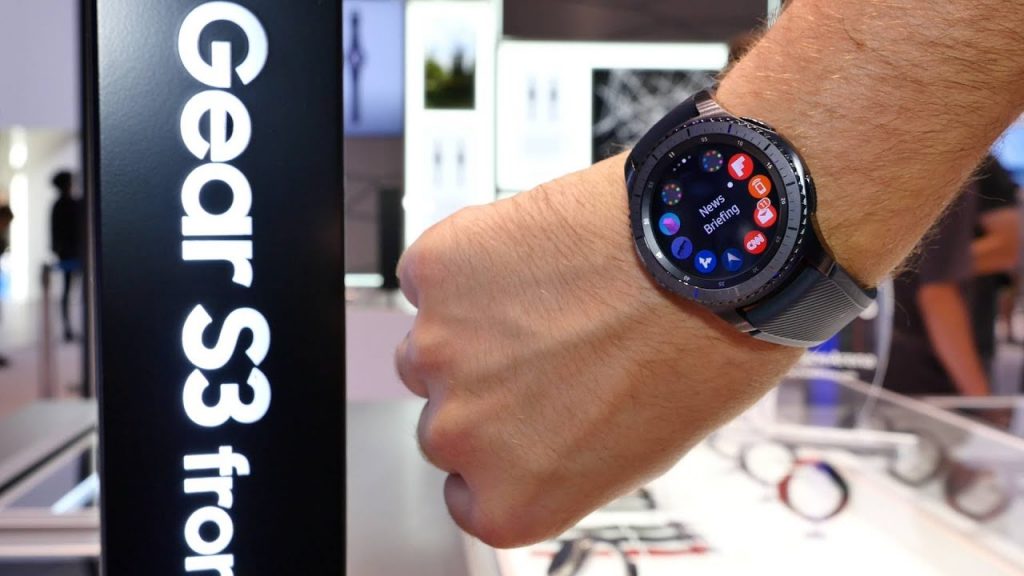 As expected, there’s Samsung Pay support for effortless payments, heart rate monitoring, step counter, automatic exercise and dynamic workout tracking, and GPS functionality. It covers all the bases you could need from a simple smartwatch while looking far nicer than most.

It’s slightly older technology than some other Samsung watches so don’t expect it to be as fast or for the battery life to extend past a couple of days, but there’s no denying that it looks great.

Whether you’re an avid swimmer, runner, or just devoted to meeting your step goal, the Samsung Galaxy Fit is an affordable, stylish fitness tracker that automatically monitors all of your activities. Its simple interface tracks everything from water and caffeine consumption to steps taken to sleep patterns.

Also, it can handle your workout, whether that’s long hours in the pool, rock climbing, hitting the gym or tackling the workday. Its military-grade durability makes it ready for the water, extreme temperatures or a few bumps. 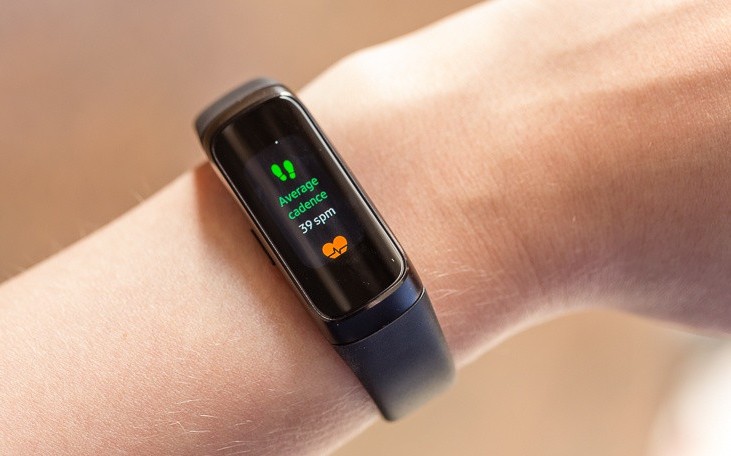 The Galaxy Fit is about more than just connecting with your health: It’s about connecting your wellness to the rest of your routine. The device can communicate with your Galaxy smartphone to keep you updated with all incoming notifications, texts, and calls on the full-color AMOLED display.

Also, you can scroll through your calendar or upcoming weather mid-workout. Available in two colors, the Galaxy Fit has a battery life of up to a week.

The Samsung Gear Sport is a competent, cutdown version of the more expensive Samsung smartwatches. Its stylings are a little more akin to a fitness wearable but they’re subtle, and will still look good next to evening wear or casual attire.

It has a 1.2-inch Super-AMOLED screen and is water-resistant for up to 50m. Extra fitness features including all-day heart rate tracking, GPS mapping, easy calorie count balance entry, and personal coaching functionality for workouts and runs.

You can also use it to reply to calls and texts with a twist of the rotating bezel, as well as pay for items via Samsung Pay. Another Samsung innovation is their Connect system that lets you control your appliances, such as your television, doors, lights, and other compatible smart devices.

Battery life can be as high as about three days but expect it to last about two days when used for any length of time. That’s especially true when constant heart rate monitoring is activated.

The Samsung Gear S3 Frontier is the ideal smartwatch for any scenario. It’s as stylish looking as any conventional watch but packs in plenty of features at a keen price. It has a distinctive steel rotating bezel around its 1.3-inch Super-AMOLED full-color display, which is eye-catching but far from over the top.

That rotating bezel also means you can easily access apps in the interface, allowing you to navigate your notifications without clumsily needing to touch the watch (we hate missing inputs on bad touchscreens). 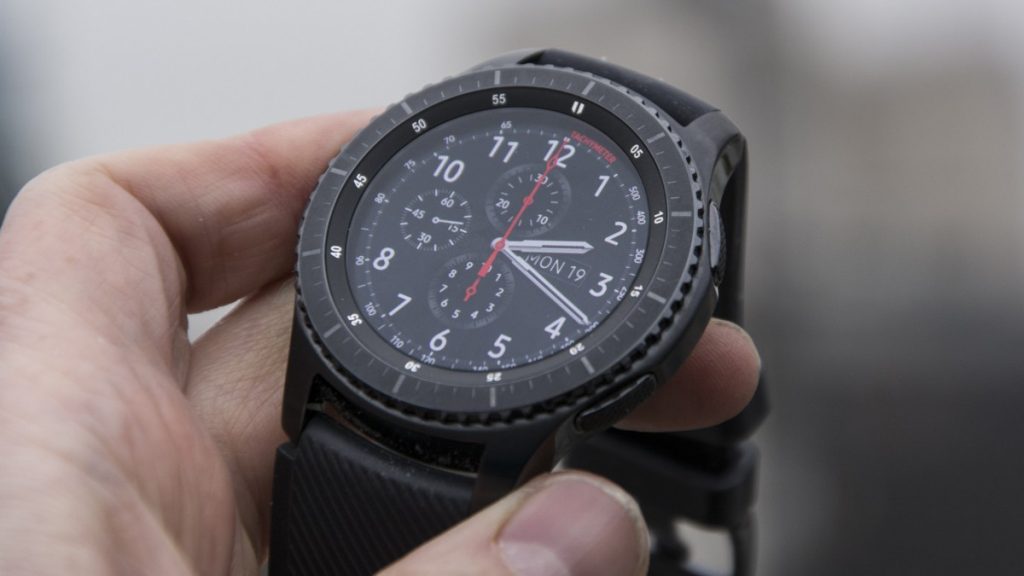 You can use the watch to receive texts, calls, and notifications directly to your wrist. It’s even possible to make and answer calls hands-free via its built-in speaker and microphone.

Other smart features include the ability to make payments via Samsung Pay, saving you the effort of retrieving your wallet, and GPS tracking of exactly where you’ve been.

For the fitness enthusiast, there’s built-in step counting functionality, as well as the S Health app that can monitor your heart rate throughout the day. Military-grade level protection means the Gear S3 is resistant to water, dust, extreme temperatures, and occasional drops. Hence, it should serve you well through daily life. Expect a battery life of about four days before you need to return it to its wireless charger.

Sometimes, it’s useful to have a middle ground between a smartwatch and a fitness wearable. The Samsung Gear Fit2 Pro sits between those two quite nicely; it looks more like a Fitbit style device than watch but it still has an LCD screen that shows the time, heart rate, calories you’ve burned, and how many steps you’ve taken.

It’s water-resistant up to 50m so you can wear it in the shower, or in the pool, and works as a standalone music player with the option to download your favorite Spotify playlists. And it’s made of an elastomer so you won’t have to feel like you’re going to break it when working out to your favorite jams. 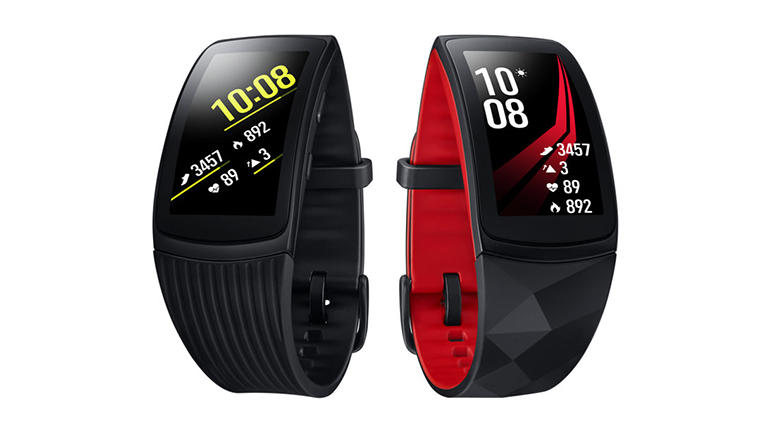 Fitness tracking is conducted via popular Under Armour services, MapMyRun and MyFitnessPal, so you can easily sync up your details for tracking over a long period. The heart rate monitoring is continuous as well, so you’ll always receive accurate feedback and statistics.

While you can’t reply to texts or take calls, you can still receive notifications so you know when you need to pull your phone out of your pocket, and when it’s fine to leave things be for a bit. The best part of the Fit2 Pro: It can last up to five days on a single charge.