Are you willing to spend a hefty $999 for a laptop that is based on Android and runs only Chrome OS? Starting at $999, Google Pixelbook has answered with its stunning looks, bright display, great performance and so on. 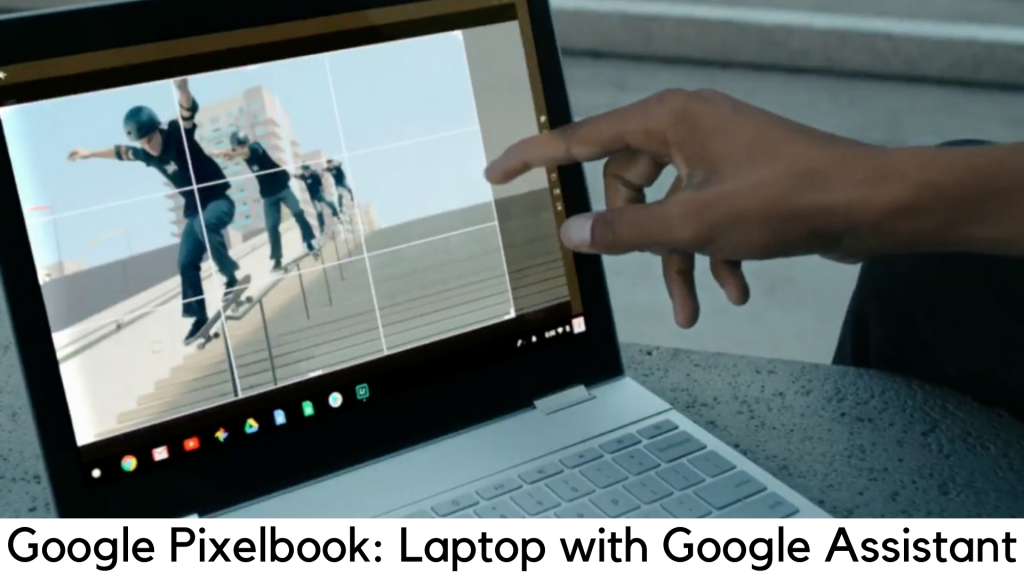 Though it beautifully packs fast charging tech, the battery life still falls short of other Chromebooks which cost just half of its price or even less. The true value of this notebook comes with its Google Assistant support, which provides a great experience. All such features are tied in a great package that is best suited for executive-class travelers looking for a professional-looking Chromebook.

Design-wise, more power to Google! With a 3:2 aspect ratio, it looks really very attractive. It is aluminum unibody design is truly thin and its accents and silicon wrist rest look insanely fantastic. It is so small that it won’t remind you of a true paper notebook. This slender laptop evokes those saddle notebooks that are found only in stationery stores. 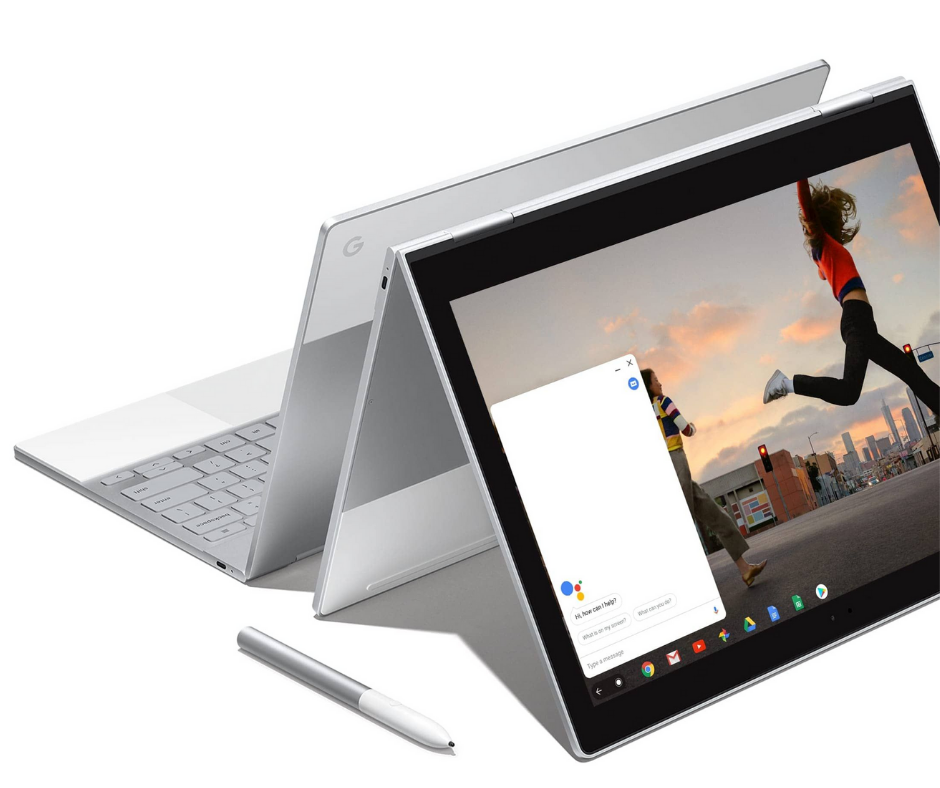 Measuring just 0.4 inches thick and weighing 2.5 pounds, Pixelbook is thinner and lighter than even Lenovo Yoga 920 (13.9”) which weighs 3.1 pounds and measures 0.6 inches. It has USB Type-C ports along the edges with a 3.5mm headphone jack on the left.

We are used to believing that Chromebooks only deserve a 1080p display. But Pixelbook has proved us wrong with its vivid and bright 2400x1600p display (which is quite quad-HD). The 12.3-inch display with 235ppi resolution can definitely be your favorite part as text really looks crystal sharp. 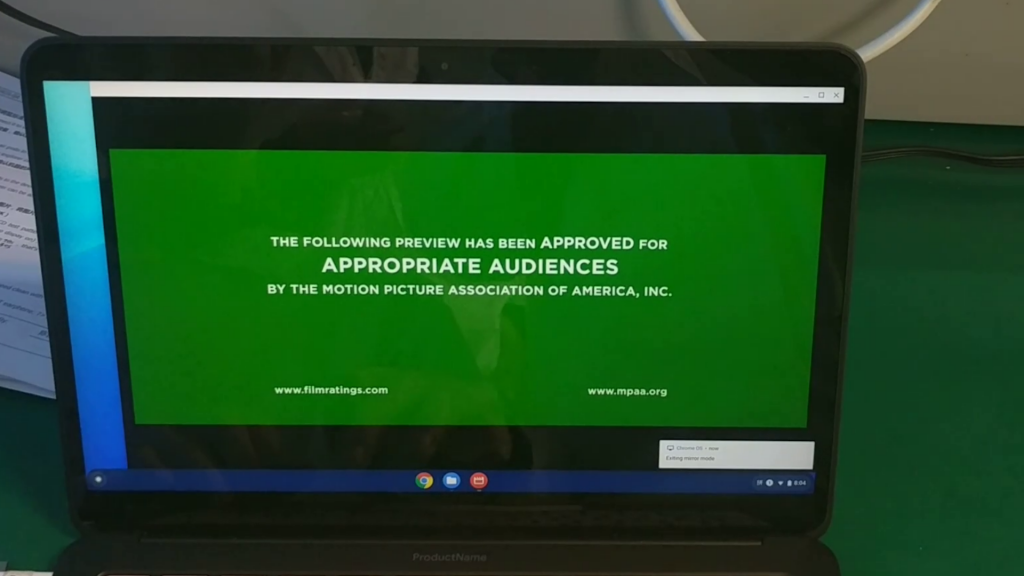 The details while playing 4K video on YouTube was amazingly sharp as it allowed us to see every bead and scale of water. However, you need to do some tweaks to play 4K videos on VLC Player and Google’s default video player.

The display produces 117% of the RGB spectrum, which is bigger than 101% of average notebooks and more colorful than 105% of Lenovo Yoga 920. It also offers great brightness with 421 nits. It offered great touch sensitivity when navigating through Chrome and desktop apps. Scrolling was smooth both in TweetDeck and in apps without the stutter.

We’ve finally got a Chromebook which is power-packed by 8 Gigs of RAM and Intel Core i5-7Y57 inside. It works well with all Android apps and delivers smooth performance. There is no lag or stutter when splitting between dozens of tabs (Google Docs included) and a 1080p Full HD YouTube video while using Twitter, Slack, and Outlook. 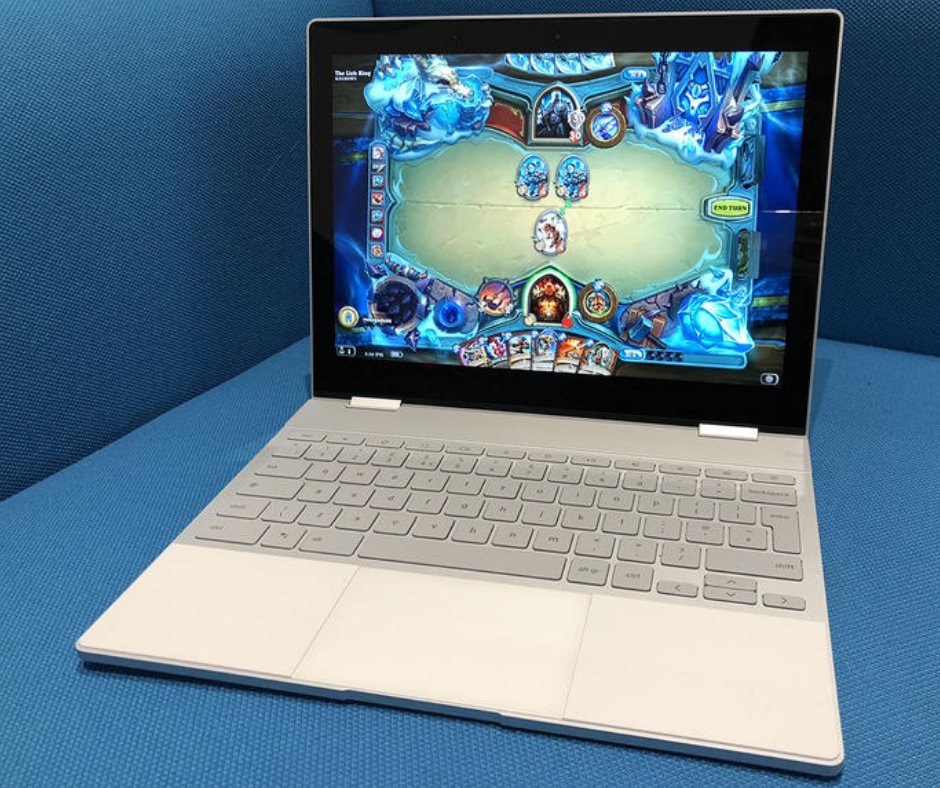 It even scored 7927 on the benchmark test of Geekbench 4 beating the notebook average of 6823. On the JetStream JavaScript benchmark, it scored 145 in the performance of web apps. The Intel HD 615 graphics integrated into Pixelbook delivers smooth visuals.

The battery life of Chromebooks is quite terrific but Pixelbook is not just another laptop with Chrome OS. It lasted just around 8 hours on web surfing on Wi-Fi, which is quite shorter than 12:09 by iPad Pro and 12:22 by Lenovo Yoga 920.

After 15 minutes of charging, Google claims around 2 hours of backup in Pixelbook (when it had just 5% of battery left). But in the real world, it gave only 1 hour and 18 minutes of battery life by charging for 15 minutes. However, we have used some Android apps and done surfing. 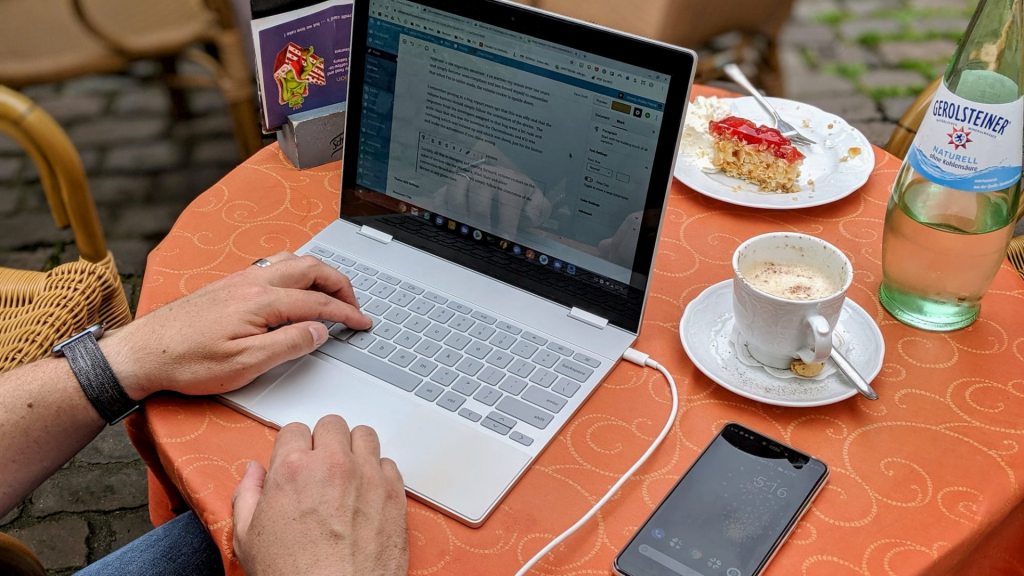 Chromebooks have always had a complaint that they couldn’t stand out from Mac OS and Windows machines for a long time as they were short in apps available from Chrome Web Store and more than 95% of those apps were junk. 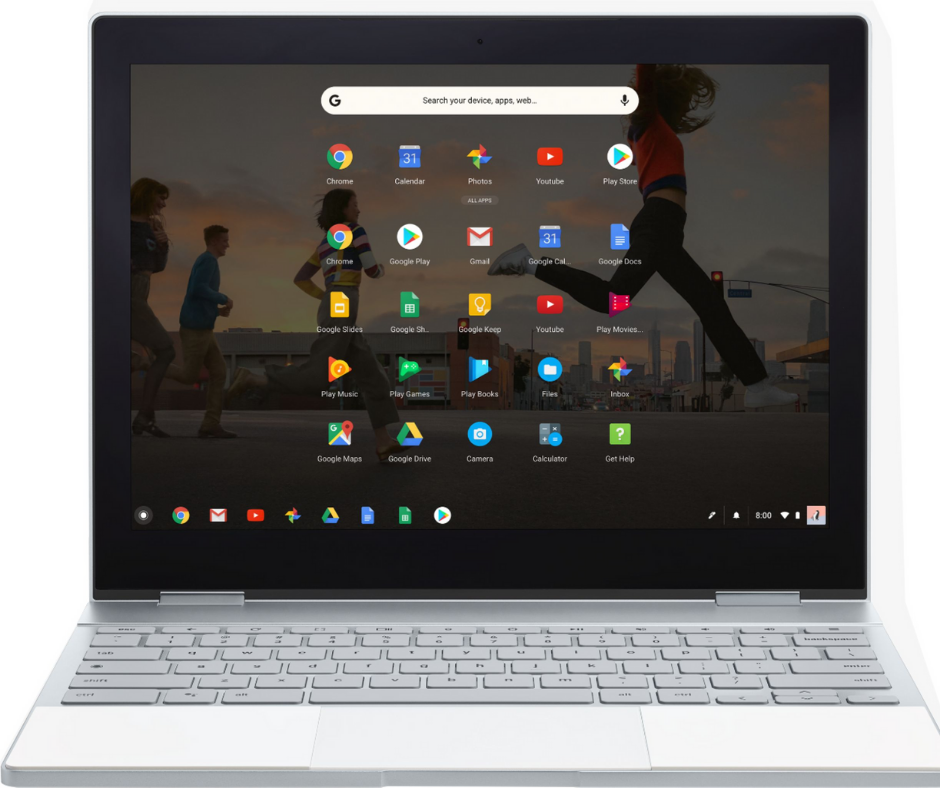 By bringing Android apps and Google Play store to the platform, we have seen a long-promised change finally on some machines like Asus Chromebook Flip and Samsung Chromebook Pro. You can now get Outlook and other Microsoft Office apps, Instagram (with posting), and games like PinOut.

Chromebook buyers have finally got a reason to expand storage, thanks to the arrival of Android to those notebooks. It is because there are apps that save content to use offline, such as Netflix and Spotify Premium.

The backlit keyboard on Pixelbook adds another comfort to type longer, despite its shallow design and thin design. The keys feel even more comfortable than the ones on Smart Keyboard by iPad Pro, which is quite louder in typing. Google seems to make up for shallowness with its key systems which need an actuation force of 68 grams. 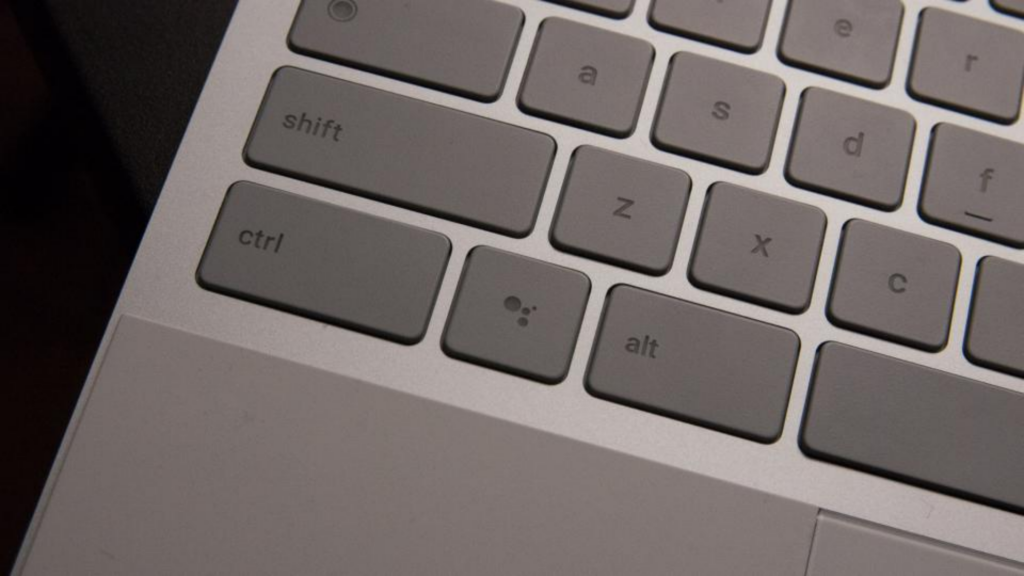 The silicon palm rest on Pixelbook has another plus with rubbery flex and grip to provide even better typing experience. The edge-to-edge touchpad which measures 4×2.6-inch sits beautifully in between such wrist rests. It enables solid feel and accurate tracking on each click. The touchpad makes it even easier to scroll through webpages.

It is another feather in Pixelbook’s cap with the power of Google Assistant. Unfortunately, it costs $99 extra. Simply hold down the button of this pen while highlighting the object and you can send text and images to the digital assistant. The powers of Google Assistant really come handy when it comes to circle something. 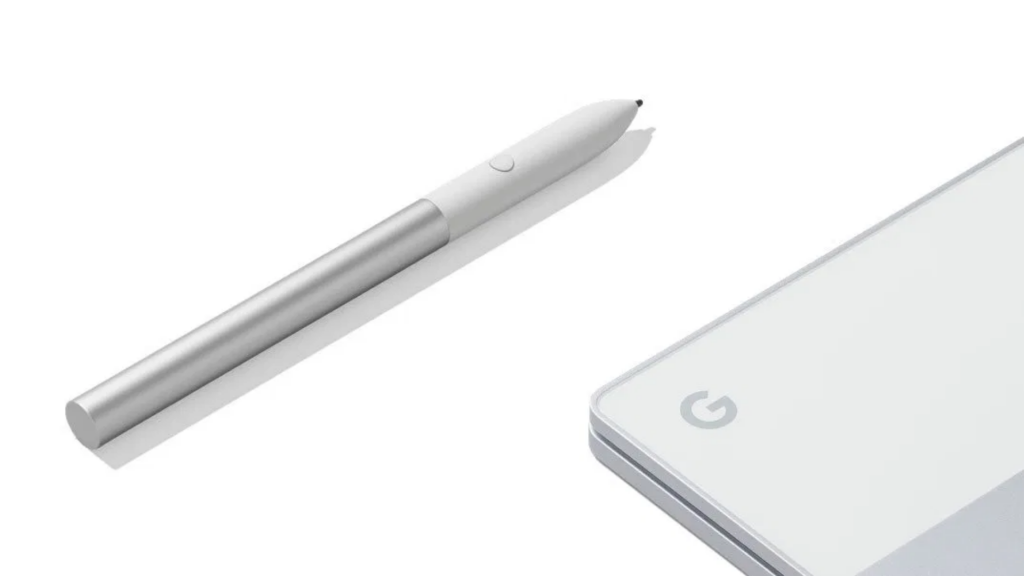 Like Apple Pencil, which also costs the same, Pixelbook Pen also comes with tilt support and pressure sensitivity. However, this stylish has issues in latency according to where it is used.

The Pixelbook is quite loud but lacks audio quality when it comes to playing music in a large conference room. While listening to a few tracks, we have wondered why vocals feel so flat and where the bass is.

When it comes to the overall performance, looks, and display, the Pixelbook is great as a Chromebook as it stacks up well against iOS and Windows-based archrivals. It could have been an easy choice if Pixelbook was not overpriced with mediocre battery life.

If looks don’t matter and you want better battery life while saving money, you could easily go with Asus Chromebook Flip C302CA and save up to $500. But if you have no problem with the budget, you can definitely go with Google Pixelbook, which is the best Chrome OS laptop money can buy.

How to Identify Font in Any Image?